As cruising restarts in the Caribbean, the pandemic ensures it's not all smooth sailing

Cruising is back – sort of. As cruise lines around the world take their first unsteady steps toward a return to post-pandemic normalcy, the relaunch of a newly refurbished Windstar ship seems to exemplify the complexities of cruising in this moment.

Windstar's Star Breeze, a 300-passenger ship that's just emerged from a dramatic makeover that involved splitting it in half and adding a new section, returned to service for the first time post-pandemic on Saturday. She is outfitted with 50 additional cabins and sleek new restaurants – elements that would be big news in the cruise world, and cause for celebration without the backdrop of a global pandemic.

The Caribbean, however, wasn't exactly ready to welcome the ship back. The problem? While all passengers were vaccinated – a cruise line requirement – some of its crew, which have been with the ship since its dry dock makeover in Sicily, were not.

This led three of the four Caribbean destinations on the ship's four-country inaugural itinerary – St-Barthélemy, Anguilla and the British Virgin Islands – to deny entry to the Star Breeze. Sint Maarten, the fourth, allowed the ship to sail from its port in Philipsburg on June 19, and return there after the cruise is complete on June 26.

The islands' stances are understandable. Some of the first ships to set sail since the beginning of the pandemic immediately found COVID-19 cases onboard – including a high-profile incident on the Celebrity Millennium, one of the first megaships to re-enter service on June 6. In that case, two passengers tested positive, even though all guests over 16 were required to have the COVID-19 vaccine. Given that vaccines don't provide 100% protection against COVID-19, some cases like this were inevitable – on cruise ships and everywhere else.

Vaccination rates in the Caribbean

But in a region where just a few COVID-19 cases can quickly overwhelm hospitals, and where vaccines have been less readily available than in the United States, some Caribbean islands weren't taking any chances. To use one cruise destination as an example, 26% of people in the British Virgin Islands are currently fully vaccinated against COVID-19, compared with 45% of Americans, according to the New York Times. The archipelago's 30,000 residents are served by a single hospital, which is equipped with eight ventilators.

Here, and in many other Caribbean destinations, there are risks that go along with allowing even vaccinated cruise ship passengers to visit. These seem especially significant when you consider that some Caribbean island ports, pre-pandemic, would see up to a dozen cruise ships each day, some carrying up to 5,400 guests.

Onboard the Windstar Star Breeze, about 80 guests – including more than 20 journalists covering the relaunch – set sail from Philipsburg, Sint Maarten without knowing where they were, or if, they would be able to go ashore.

They knew in advance that the trip would face at least some disruption: the line called all guests prior to the sailing and informed them that the planned itinerary would likely not be possible. As a result, Windstar offered the sailing to guests for free, and allowed them to use the dollars they'd spent on the Star Breeze's inaugural voyage on a future cruise.

Most guests, with no money to lose, and when presented with the opportunity to see a mostly-new ship on its first voyage, decided to attend anyway.

"The majority of the guests said, 'OK, we're coming,' said Windstar president Christopher Prelog, who was onboard the ship for the Star Breeze inaugural sailing. "And it was a pretty good success. And that was the objective," he said.

Two days into the Star Breeze's seven-day Caribbean itinerary, which was supposed to have included trips to the blue waters of the Baths on Virgin Gorda, and high-end shopping Gustavia, St-Barthélemy,  the itinerary still appeared to be in flux. The captain's announcements indicated that the line's staff was still trying to find a place for the ship to go into port, but wasn't having much luck.

The problem? A patchwork of local and regional guidelines that are interpreted and implemented differently by each country.

"There are islands that are closed," said Prelog, describing the situation that has impacted the Star Breeze's inaugural sailing. "Whether you're vaccinated or not, Anguilla is closed. There are other islands that are about to open up, but are still closed. St. Barths is one of them. "

With St. Barth's giving mixed signals, the Star Breeze circled at sea for a few days before returning to Sint Maarten, where guests were allowed to go ashore for excursions – but only if they followed distancing and mask-wearing guidelines.

All guests on the Star Breeze – and on all of Windstar's ships – are required to show proof of vaccination to board. Additionally, a nasal swab rapid COVID-19 test is administered by the cruise line to each guest on the pier immediately before boarding. Once guests board the ship, they are unable to leave unless they're part of a cruise-line-sanctioned shore excursion that maintains this tenuous vaccination 'bubble.' That means that people who like to explore independently in port – on Windstar and on other lines – won't have the option to do so for the time being. It's unclear how long these kinds of protocols will be in place on Windstar and across the industry, and will depend on a the same patchwork of varying local requirements that have impacted the itinerary itself.

Many travelers are still eager to cruise

The mood onboard, however, remained positive.

"The ship has been wonderful," said Star Breeze passenger Cindy Waldrop of Savannah, Georgia. "The itinerary change has not been that big of a deal. I just enjoy the chance to get away and cruise again."

Cindy and her husband Lou – who typically sail on Holland America – decided to book the Star Breeze inaugural at least partly because it was one of the first ships back at sea after an unprecedented industry pause caused by the COVID-19 pandemic. When Windstar called  two days ahead of sailing to inform them of the itinerary disruption, they didn't consider canceling, and have been pleased with their experience despite the change.

"They've gone out of their way to make me feel content and happy," said Cindy Waldrop.

Windstar has already made plans to remedy the issue that ultimately hobbled the Star Breeze inaugural – its partially unvaccinated crew members.

Prelog said that, following the inaugural voyage, the ship will be sailing to Puerto Rico on June 28, where the line has secured enough vaccines to cover the remaining unvaccinated members of its crew. They'll be given the Johnson & Johnson shot – a more convenient option than the two-dose vaccines when your home is a cruise ship that's in a different place every day. "I understand that the islands need to get their populations vaccinated first. So we had to wait," said Prelog.

The line has canceled two itineraries, on June 26 and July 3, to accommodate the vaccination effort. Sailings will resume on July 10. Guests who booked the canceled itineraries will be given vouchers worth 125% of their original booking or a full refund.

Still, even with a vaccinated crew, that doesn't guarantee that future sailings will go fully uninterrupted. With COVID-19 still impacting the globe, cruising – like all travel – is still a long way from normal.

You may also like:
WATCH: What it’s like to be stuck on a cruise ship during the coronavirus outbreak
Quarantine with penguins: life stuck onboard an Antarctica cruise ship 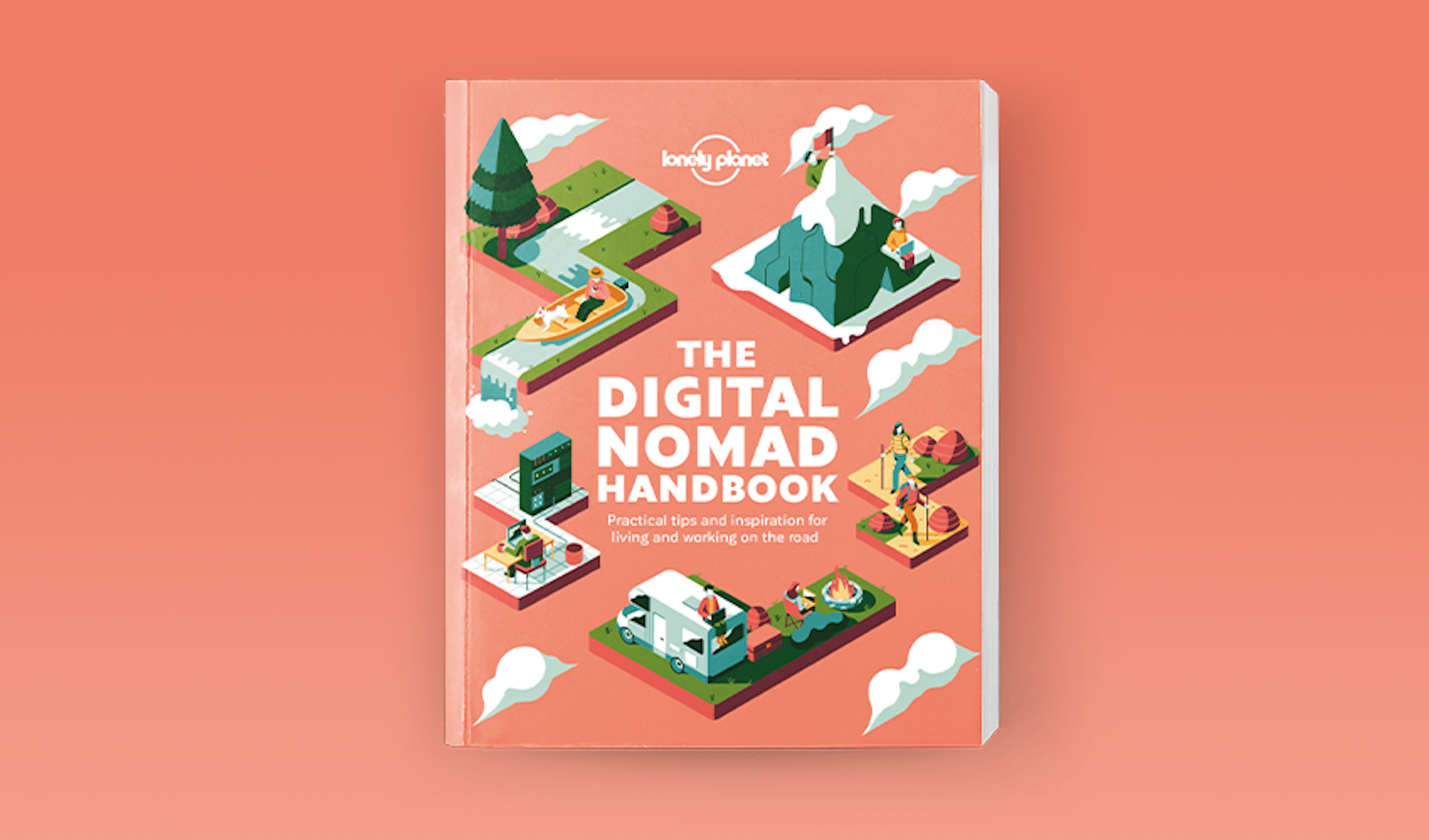 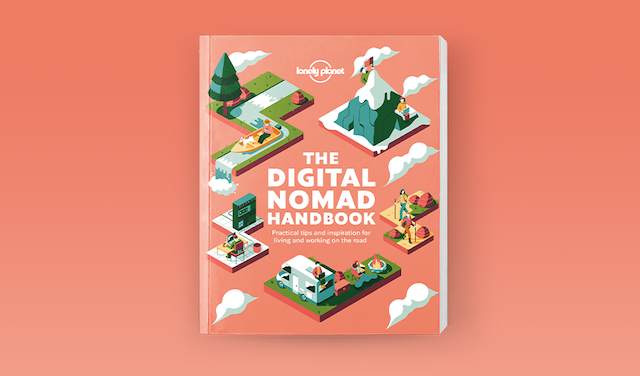