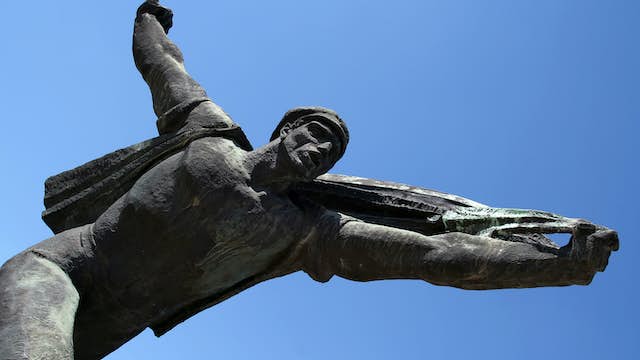 Home to more than 40 statues, busts and plaques of Lenin, Marx, Béla Kun and others whose likenesses have ended up on trash heaps elsewhere, Memento Park, 10km southwest of the city centre, is truly a mind-blowing place to visit. Ogle the socialist realism and try to imagine that some of these relics were erected as recently as the late 1980s.

Here you'll find the replicated remains of Stalin’s boots (all that was left after a crowd pulled the enormous statue down from its plinth on XIV Dózsa György út during the 1956 Uprising). An exhibition centre in an old barracks has displays on the events of 1956 and the changes since 1989, and a documentary film with rare footage of secret agents collecting information on 'subversives'.

To reach this socialist Disneyland, take the M4 to Kelenföld pályaudvar and then bus 101B, 101E or 150 (25 minutes, every 20 to 30 minutes) to the Memento Park stop on the corner of XXII Balatoni út & Szabadkai utca. An easier – though more expensive – way to go is via the direct Memento Park bus, which departs from a stop marked 'Memento Park' opposite the Ritz-Carlton Hotel on V Erzsébet tér.