in City Park & Beyond 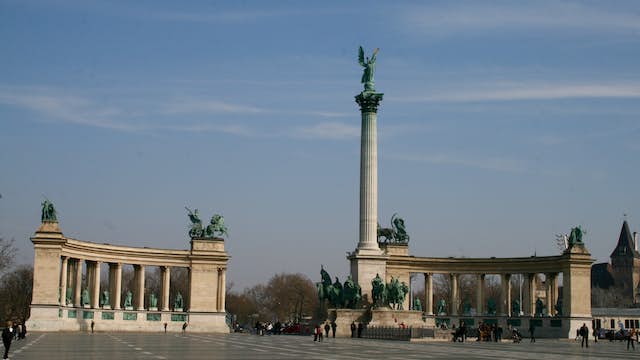 Heroes’ Sq is the largest and most symbolic square in Budapest. It is dominated by the Millenary Monument (Ezeréves emlékmű), a 36m-high pillar topped by a golden Archangel Gabriel, holding the Hungarian crown and a cross. At the column's base are Prince Árpád and six other Magyar chieftains who occupied the Carpathian Basin in the late 9th century. The 14 statues in the colonnades behind are of rulers and statesmen – from King Stephen (far left) to Lajos Kossuth (far right).

It was designed in 1896 to mark the 1000th anniversary of the Magyar conquest of the Carpathian Basin.