in Frankfurt am Main 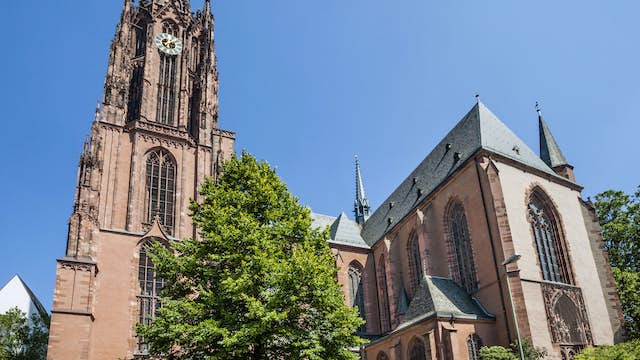 Frankfurt’s red-sandstone cathedral is dominated by a 95m-high Gothic tower, which can be climbed via 328 steps. Construction began in the 13th century; from 1356 to 1792, the Holy Roman Emperors were elected (and, after 1562, consecrated and crowned) in the Wahlkapelle at the end of the right aisle (look for the 'skull' altar). The cathedral was rebuilt both after an 1867 fire and after the bombings of 1944, which left it a burnt-out shell.

The on-site Dommuseum has a small collection of precious liturgical objects.