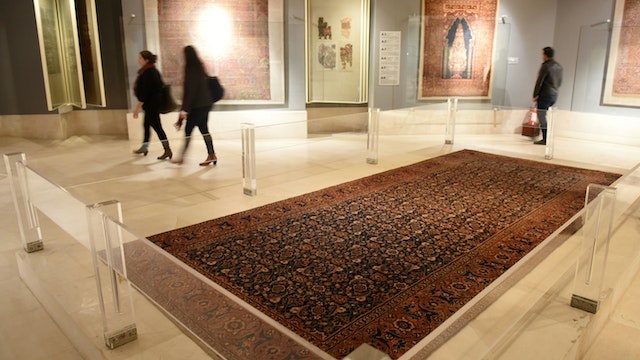 This museum, on the edge of Islamic Cairo, holds one of the world’s finest collections of Islamic art and is Egypt's (and one of the entire Middle East's) most beautifully curated museums. What’s on display is only a sliver of the 80,000 objects the museum owns, but the selected items are stunning. The museum was heavily damaged in January 2014 in a car-bomb attack on nearby police headquarters but after extensive renovations was finally reopened in early 2017.

To the right as you enter are architectural details – frescoes, carved plaster so fine it looks like lace, an intricate inlaid-wood ceiling – and ceramics grouped by dynasty. A surprising amount of figurative work is on view, and not all of it strictly Islamic – a shard of an Ayyubid bowl shows Mary holding a crucified Christ. To the left, pieces are grouped by function and medium: medical tools, astrolabes, some breathtaking carpets, illuminated Qurans, and even headstones.

The museum is 500m due west from Bab Zuweila. Coming from Midan Ataba, the museum is 700m southeast, straight down Sharia Mohammed Ali.