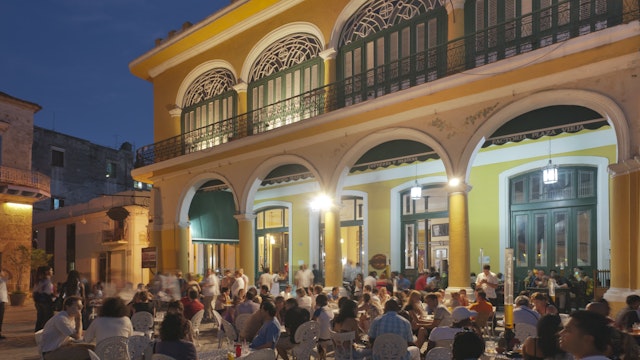 Laid out in 1559, Plaza Vieja is Havana's most architecturally eclectic square, where Cuban baroque nestles seamlessly next to Gaudí-inspired art nouveau. Originally called Plaza Nueva (New Square), it was initially used for military exercises and later served as an open-air marketplace.

During the regime of Fulgencio Batista an ugly underground parking lot was constructed here, but this monstrosity was demolished in 1996 to make way for a massive renovation project. Sprinkled liberally with bars, restaurants and cafes, Plaza Vieja today has its own microbrewery, the Angela Landa primary school, a beautiful fenced fountain and, on its western side, some of Havana's finest vitrales (stained-glass windows). A number of cool bars and cafes give it a sociable buzz in the evenings.