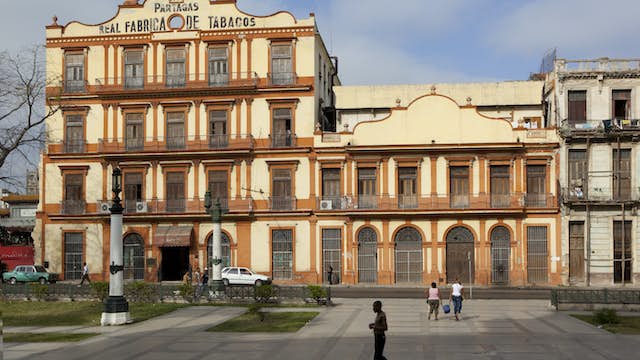 One of Havana's oldest and most famous cigar businesses, the Real Fábrica de Tabacos Partagás was founded in 1845 by Spaniard Jaime Partagás. In 2013 the factory moved from its original location behind the Capitolio to its current digs just off Calle Padre Varela in Centro Habana. It's the only cigar factory in Havana offering reliable tours. Tickets must be bought beforehand in the lobby of the Hotel Saratoga.