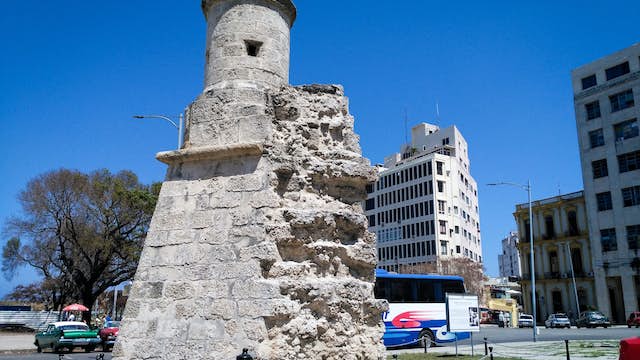 In the 17th century, anxious to defend the city from attacks by pirates and overzealous foreign armies, Cuba's paranoid colonial authorities drew up plans for the construction of a 5km-long city wall. Built between 1674 and 1740, the wall on completion was 1.5m thick and 10m high, running along a line now occupied by Av de las Misiones and Av de Bélgica.

Among the wall's myriad defenses were nine bastions and 180 big guns aimed toward the sea. The only way in and out of the city was through 11 heavily guarded gates that closed every night and opened every morning to the sound of a solitary gunshot. From 1863 the walls were demolished, but a few segments remain, the largest of which stands on Av de Bélgica close to the train station.