Top 5 views of the Taj Mahal

You can keep your Sydney Opera House, your St Basil's Cathedral, even your Golden Pavilion. For me, there is simply no contest when it comes to naming the most beautiful building in the world. It is, without a shadow of doubt, the Taj Mahal.

More than 3 million people each year pour into Agra to see the architectural wonder that was created by the 17th-century Mughal emperor Shah Jahan who had the Taj constructed as an exquisite mausoleum for his beloved wife Mumtaz Mahal after she died during childbirth.

But what many of them don't know is that there is more than one way to view this awe-inspiring white-marble masterpiece.

So, if you want to come back from India with a bundle of Taj shots to really be proud of, here are my tips for finding from where best to view the Taj Mahal.

From inside the Taj grounds 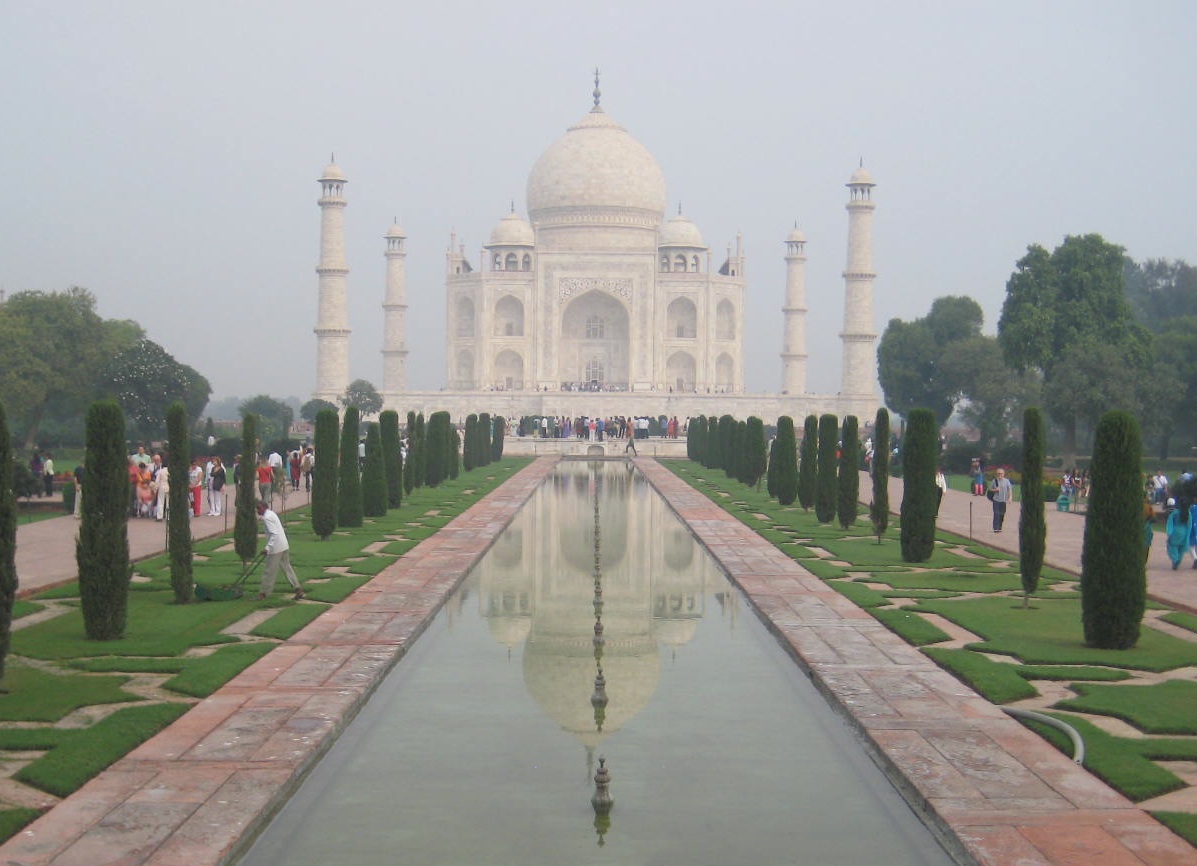 You may have to pay 750 rupees for the privilege, but it's only when you're actually inside the grounds that you can get that all-time classic shot of the Taj reflected in Lotus Pond.

Of course, it also gives you the chance to take everyone's favourite comedy shot... 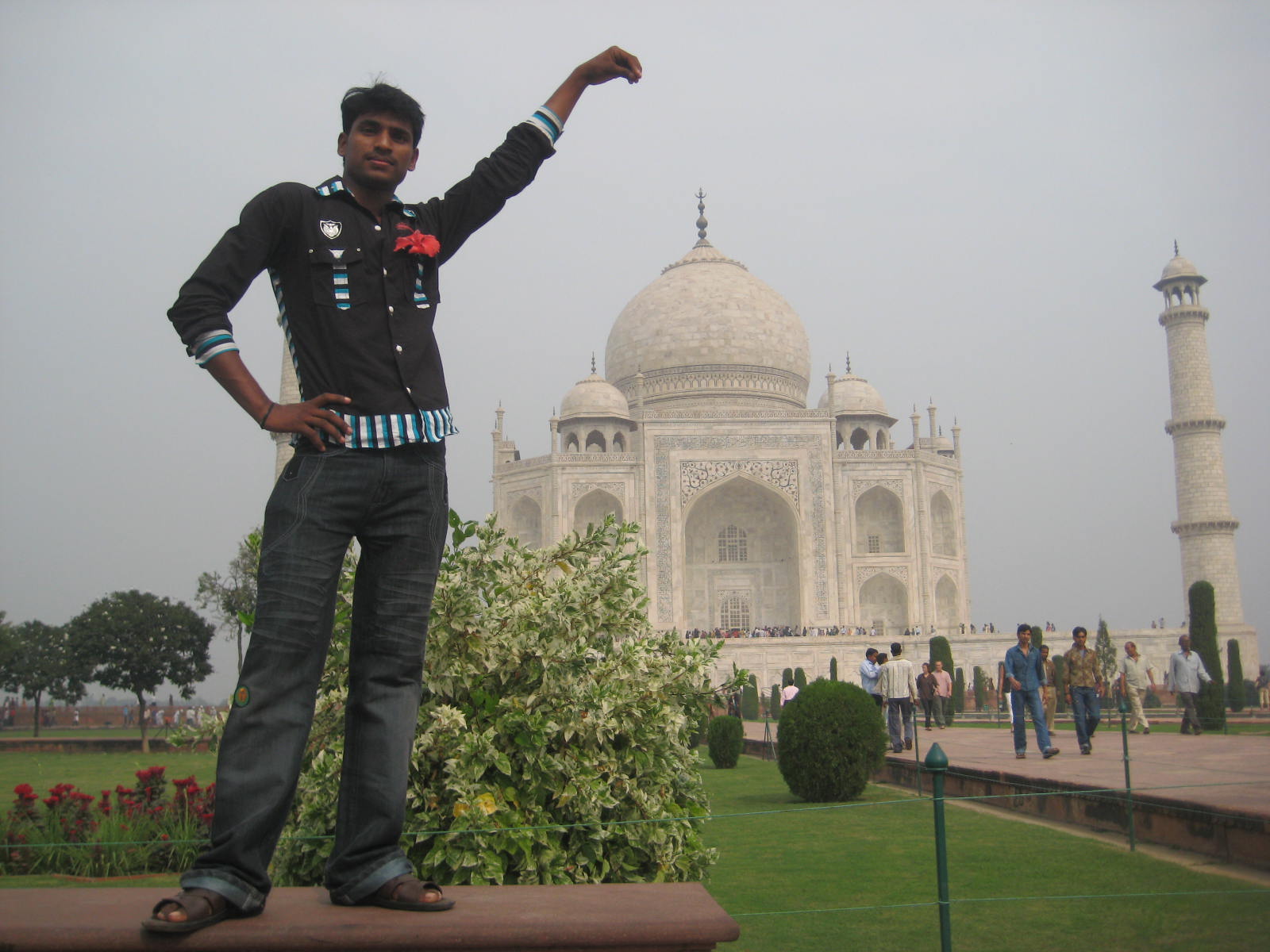 Posing with the Taj. Image by Daniel McCrohan / Lonely Planet.

Most intriguingly, though, being actually inside the grounds allows you to get up close and personal with the world's most beautiful building. Even from a distance of one inch the Taj Mahal is gorgeous! 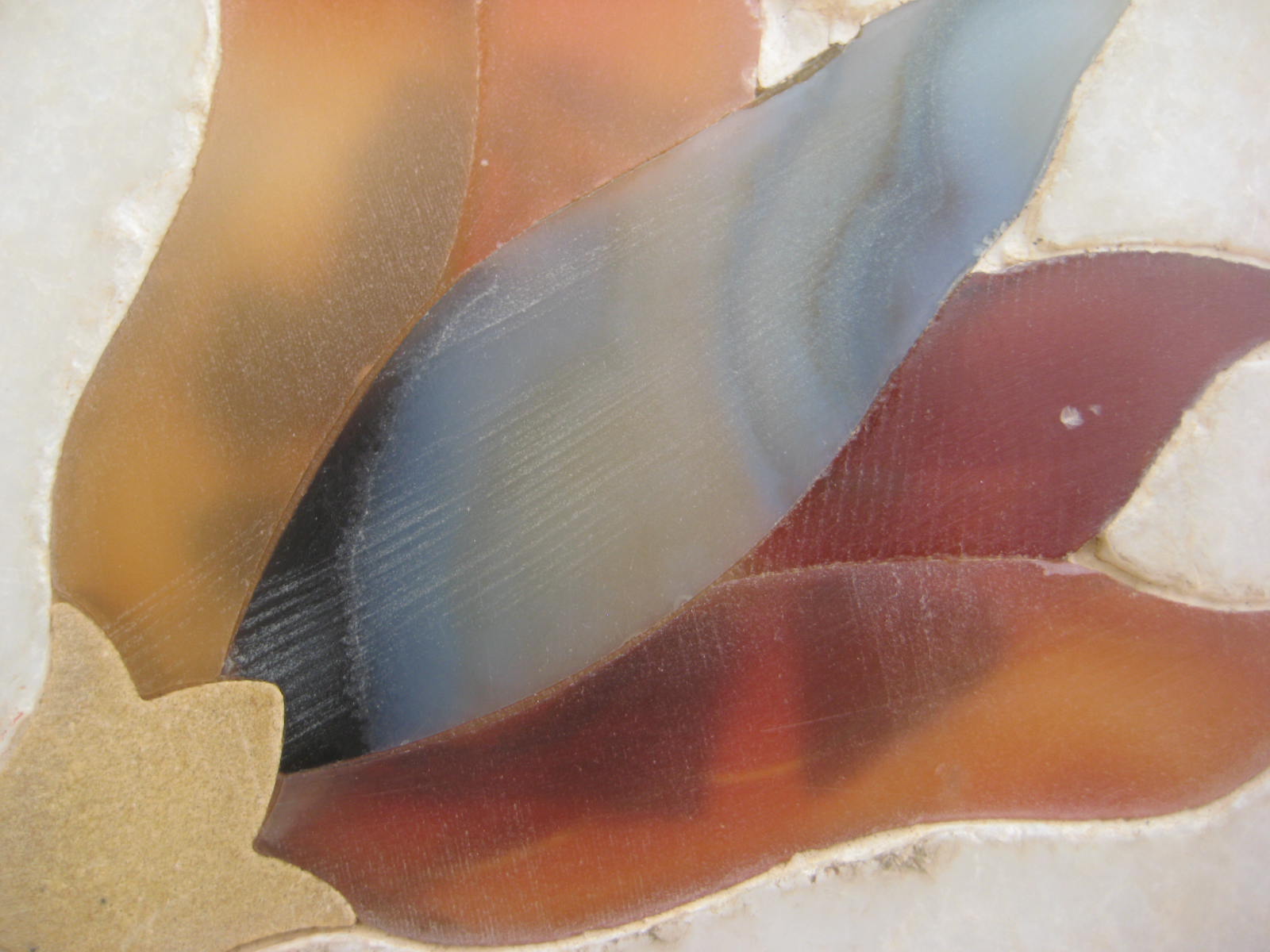 From the riverbank alongside the Taj 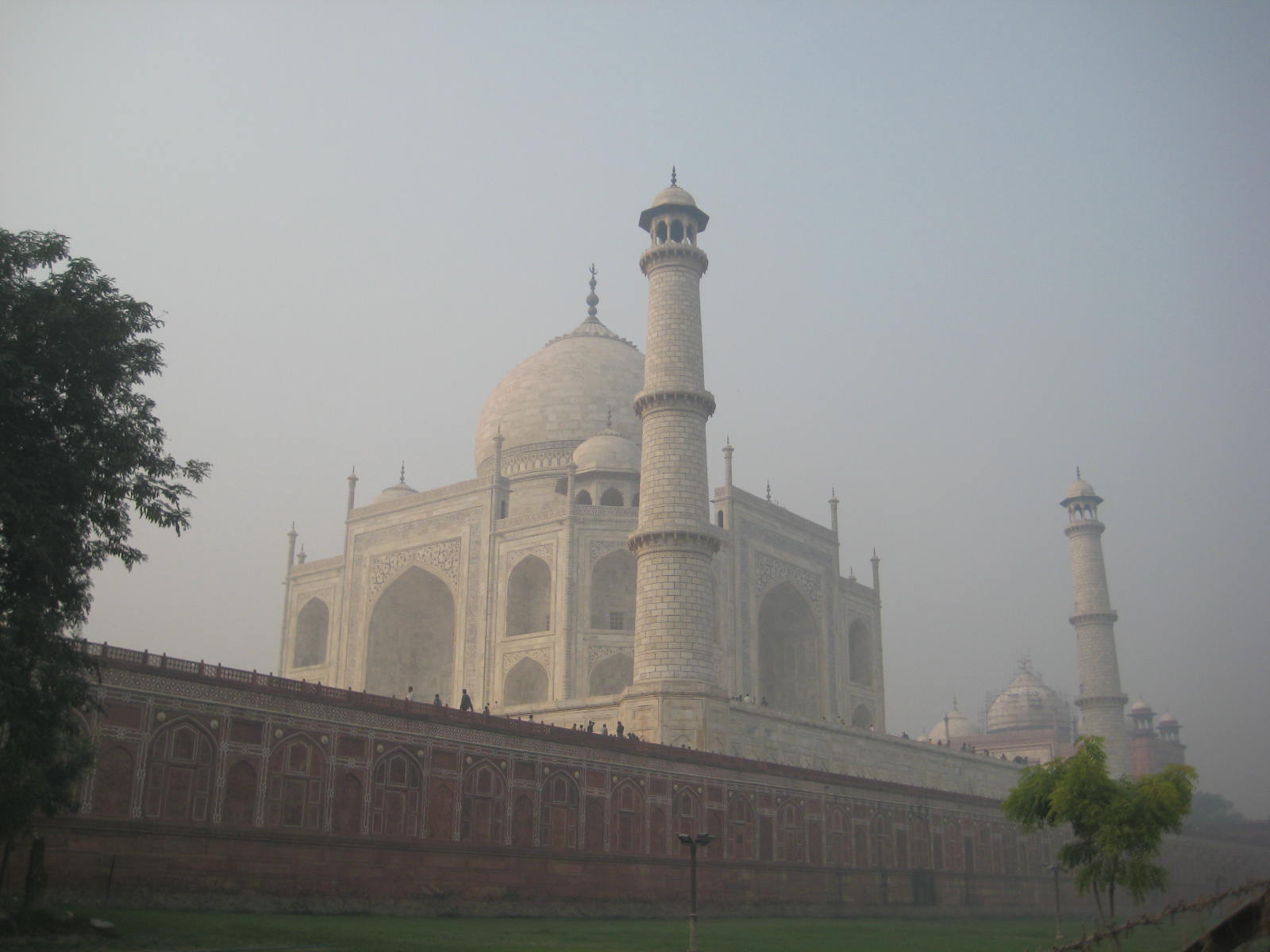 Looking up at the Taj from the Yamuna riverbank. Image by Daniel McCrohan / Lonely Planet.

A pathway running along the outside of eastern wall of the Taj Mahal complex, to a small temple beside the Yamuna River, gives visitors the chance to snap the Taj from this unusual angle at its northeast corner. You can also pay boat-hands here to row you out to the middle of the river here for a more romantic view. 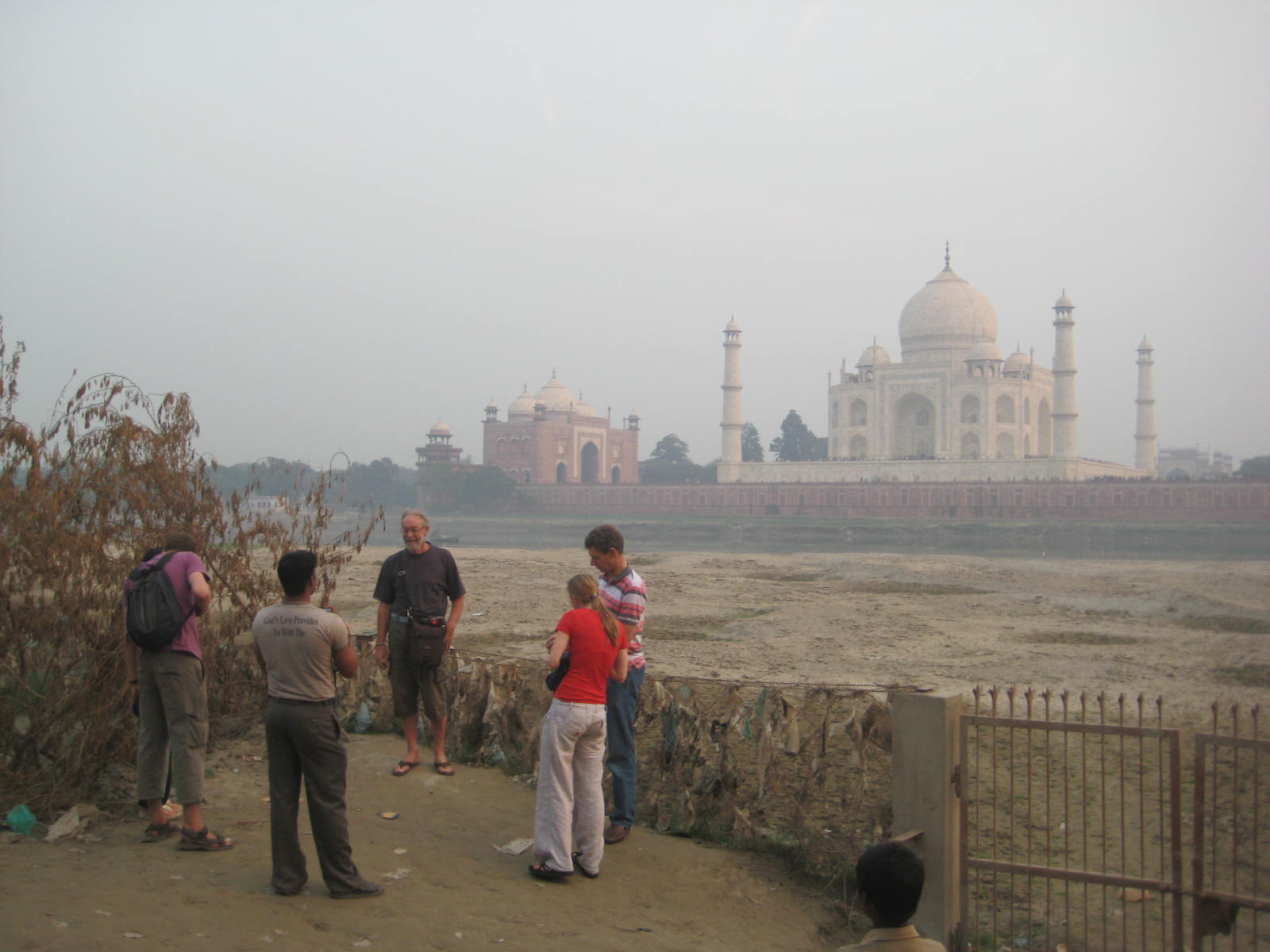 Backdoor view of the Taj from beside Mehtab Bagh. Image by Daniel McCrohan / Lonely Planet.

The Mughal Park on the opposite side of the river from the Taj offers the chance to get a shot with a more rural setting, as buffaloes squidge their way around the mud by the water's edge. Water levels were low when I was here. And, annoyingly, authorities have now erected a barbed wire fence by the pathway leading down to the river from the side of the park, preventing tourists from strolling along the riverbank. This is still a great place for a more unusual photo, though. 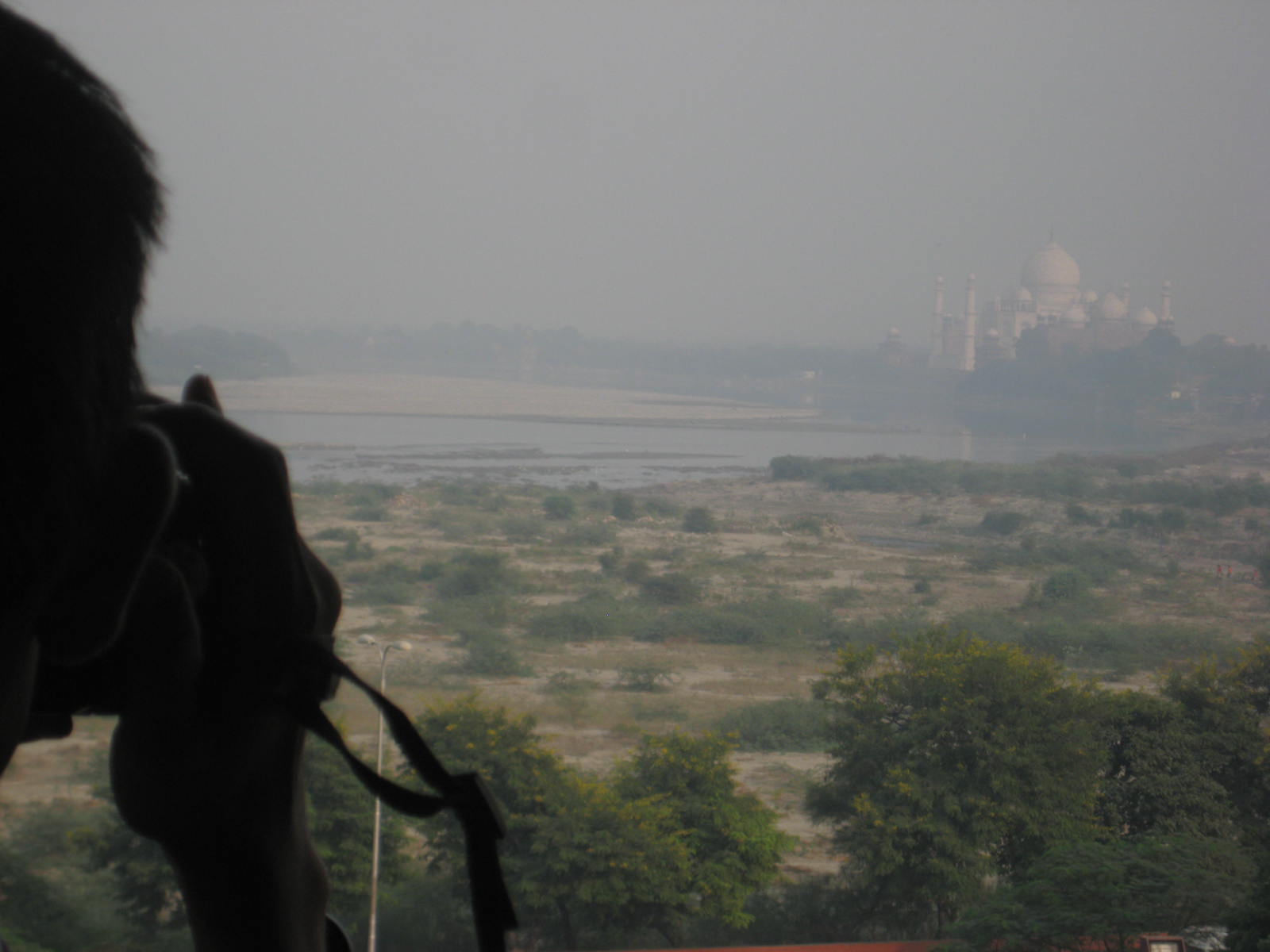 If you get up at the crack of dawn (which I didn't) and have a powerful zoom lens (which I don't) then you can get the most incredible shot from Agra Fort, of the sun rising between two Taj Mahal minarets. 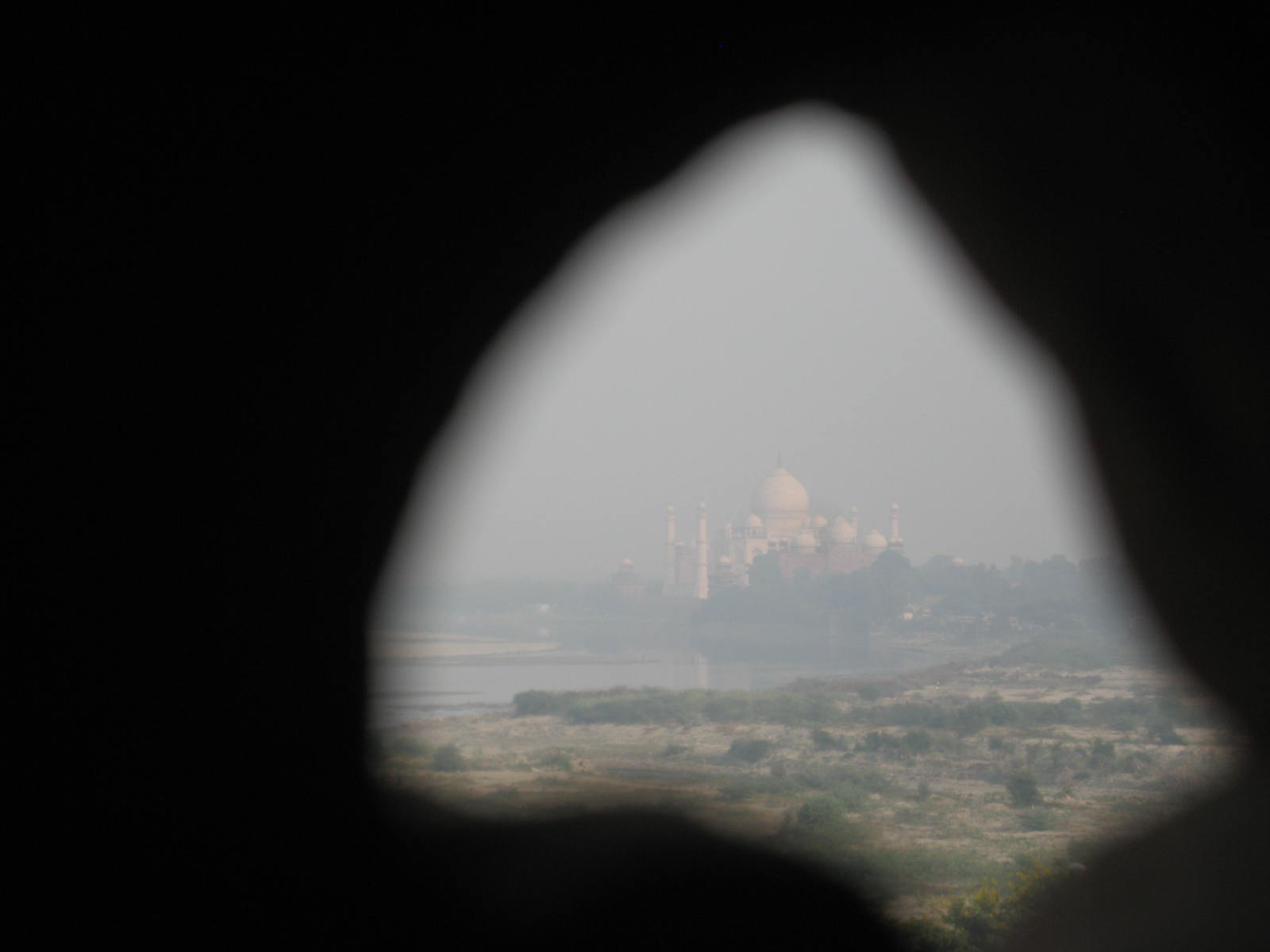 Alternatively, try to catch the Taj inside a comedy shape created by the small gaps in the tower that once imprisoned Emperor Shah Jahan. This hilarious one is a goat's head (as if you needed telling).

From a rooftop cafe 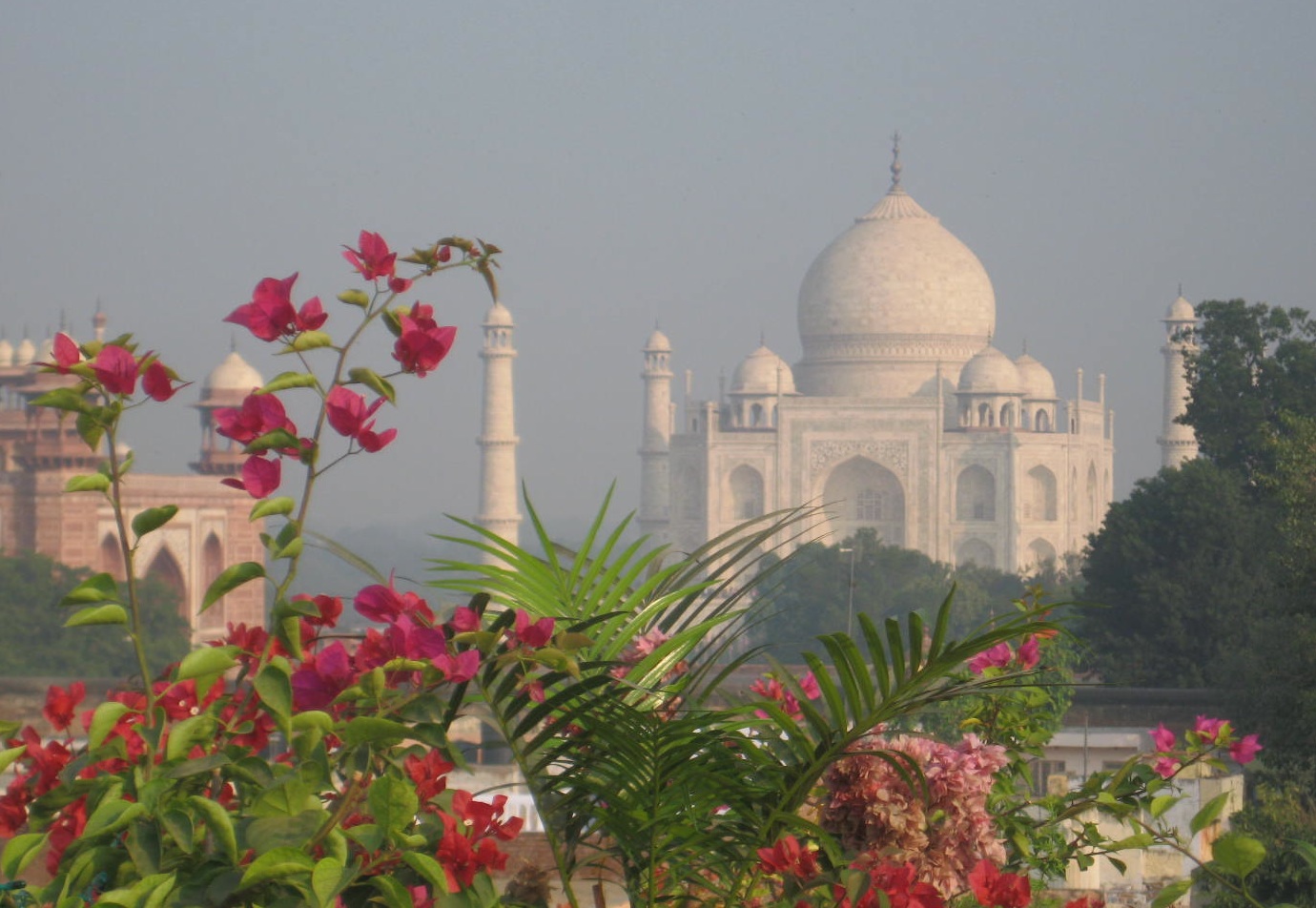 The funny thing is, having travelled around much of Agra to find the best place from where to picture the Taj Mahal, I eventually realised that I needn't have even left my hotel. This photo from the flower-filled rooftop cafe of Saniya Palace Hotel is one of the loveliest Taj shots I've ever taken. And Taj Ganj, the main area for budget tourists to stay in Agra, is full of these rooftop cafes, meaning that wherever you're staying, you can snap away to your heart's content without ever having to leave the comfort of your cup of coffee.