From the sky, the teardrop-shaped island of St Lucia looks like a precious piece of jewelry dropped in the eastern Caribbean Sea. The mountains are emerald green, the beaches golden and the clear waters sparkle diamond-bright in the hot noon sun.

Yet despite its splendor, St Lucia’s remoteness makes it little-visited compared with other Caribbean islands. Which is all the more reason for you to go, right? From climbing the vertiginous volcanic Pitons to lazing on the powdery sands of Anse Chastanet beach, here’s the lowdown on the island’s highlights.

Like jagged sharks’ teeth rising from the sea, the twin Pitons are volcanic plugs, landforms created by magma cooling atop a volcano. Though Gros Piton (2617ft) is taller than Petit Piton (2460ft), it’s actually easier to climb. Real St Lucia Tours offers a six-hour guided hike of the mountain, a not-for-the-faint-of-heart trek that involves narrow switchbacks and steps carved from volcanic stone. After taking in the bewitching views from the top, descend to enjoy a cold Piton beer – the island’s local brew is named after these pinnacles.

A view of the stunning Pitons © Paul Baggaley / Getty Images

St Lucia’s national bird, the St Lucia parrot, is as colorful as the forest it inhabits. With a peacock-blue head, green wings and sunflower-yellow tail feathers, the endangered bird is only found here on the island. Walk the jungle-shrouded Des Cartiers Rainforest Trail, in the southern interior of the island, to spot one of the 500 or so remaining parrots. The birds love mangoes, so any time you see a mango tree you’ve got a chance of spotting those bright feathers flitting past. The trail is located 1.5 hours from Castries; pick up a map of the 2.5-mile trail from any local tourism center. Don’t forget your binoculars.

When the wind is up, the waters off Anse des Sables (Sandy Beach) are dotted with colorful sails as kite surfers skim across the waves. The consistent winds, smooth waters and lack of dangerous obstacles make this a world-class destination for kite surfers from across the globe. Join them with a lesson from The Reef, which offers private classes as well as kiteboard rentals.

Make the pilgrimage to Pigeon Island

Nearly 500 years ago, the island’s first French settler, Jambe de Bois (Wooden Leg), used Pigeon Island as a pirate base. Today a man-made causeway links the island to the rest of St Lucia. Trek to the 40-acre island, now a national park, to visit the vine-choked ruins of an ancient French fort and lounge on the sugar-white beach. A lookout at the top of the fort gives a super-sweet panoramic view of the surrounding coastline.

Fly through the dense green canopy of the St Lucia rainforest with a zipline tour through Rainforest Adventures. You’ll glide from platform to platform (18 in total), taking in the leaves, flowers and animals of the forest as you whir past. If that’s not adrenaline-pumping enough for you, there’s a nighttime tour where you’ll traverse the jungle under inky skies by the light of the moon. For those not so keen on playing Tarzan, there’s a slightly tamer (but still exciting) aerial tram tour.

Volcanic cliffs tumble down to the silver sands of this dramatic beach, hidden away from crowds on the southern part of the island. In addition to the jaw-dropping location, Anse Chastanet is one of St Lucia’s best snorkeling spots. Rent gear from the beach’s resort and paddle just offshore to find a reef brimming with crayon-colored tropical fish flitting this way and that. There’s also a dive shop on site if you want to get more up close and personal with the sea life.

Be-bop the night away at the St Lucia Jazz Festival

No dinky local affair, the St Lucia Jazz Festival in April/May attracts the best of the best to the island each spring. Past performers include Herbie Hancock, Harry Belafonte, Amy Winehouse, Diana Ross, Branford Marsalis and many more marquee names. There are venues throughout the island and the sound of jazz, R&B, blues and calypso fill the air from morning til night. Unsurprisingly, hotels book up fast around the festival, so if you plan to get jazzy, plan ahead.

Dance down the street at St Lucia Carnival

Like many nations in the Caribbean and Latin America, St Lucia holds a joyous, blindingly colorful Carnival celebration each year. But while most Carnivals are held before Lent so Catholics can get it all out before the traditional 40 days of fasting, St Lucia has moved its Carnival to the beginning of June to not conflict with other islands’ celebrations. Castries will shut down for nearly a week as the streets erupt with singing, dancing and Calypso-drumming as rum-happy locals and tourists parade in skimpy costumes.

While at home most islanders tuck into fish stews, chicken pie, macaroni and other hearty local favorites, the dining scene in St Lucia’s capital of Castries offers more elevated fare. Gaze down at the city from the veranda of the century-old Pink Plantation House, serving Creole cuisine with a twist – fresh fish with tomato salsa, pumpkin soup, guava cheesecake. On a clear day you can see all the way to the neighboring island of Martinique. A bit further afield in Marigot Bay, Rainforest Hideaway offers the island’s most innovative cuisine – think ceviche made from lionfish, an invasive species some locals are trying to combat by turning it into dinner.

Visit the world’s only ‘drive-in’ volcano

Known locally as Sulphur Springs, dormant Soufrière Volcano is accessible by road, so you can drive right up to the edge of the filled-in crater, which burbles with steam and boiling mud. Don’t worry about getting lost – you can smell the rotten egg scent from half a mile away. The highlight for most visitors is a dip in the natural mud baths – locals swear by it for complexion enhancement.

This article was first published in October 2014 and refreshed in January 2017. 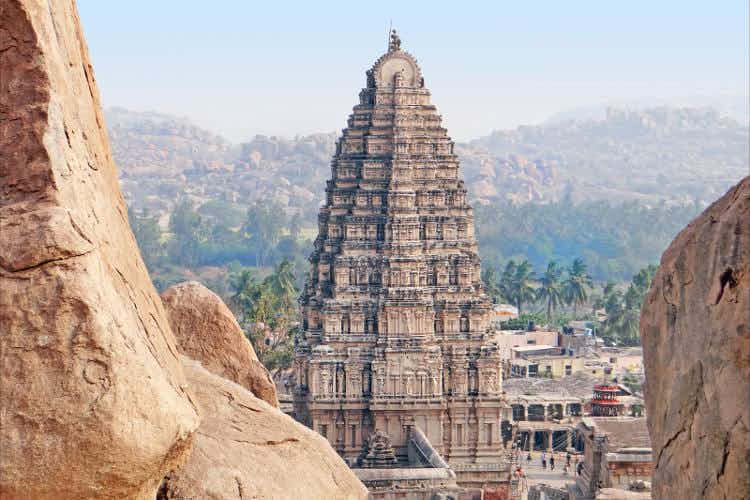 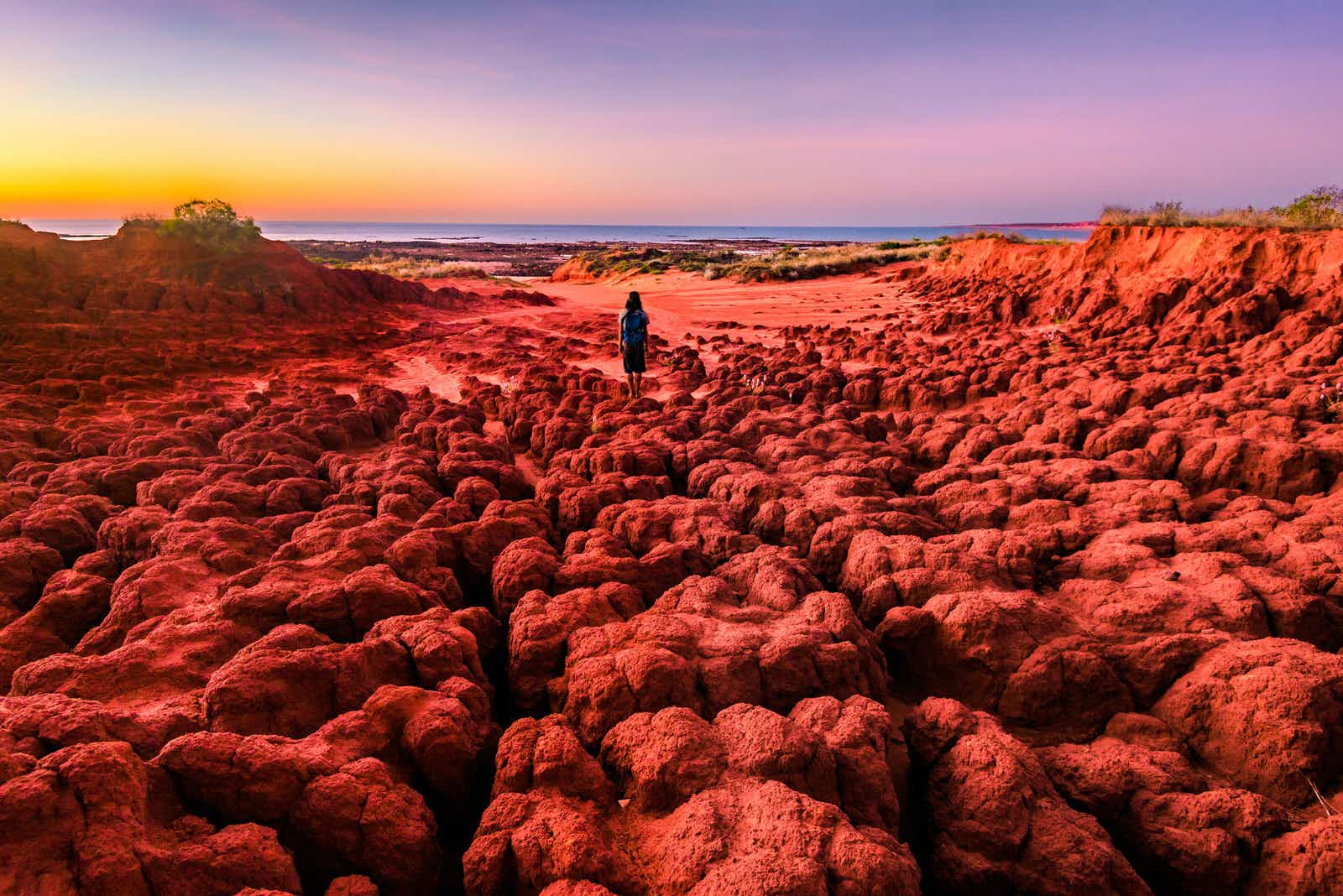 Best of the Dampier Peninsula