Sixteen countries now allow same-sex marriage, as do 17 US states and the District of Columbia. Now LGBT couples can tie the knot beside a volcano, atop a glacier or in a countryside church in havens from Scandinavia to Bora Bora.

Our top 10 gay wedding destinations are not only gorgeous and romantic, but they also make it easy to get married on-site. 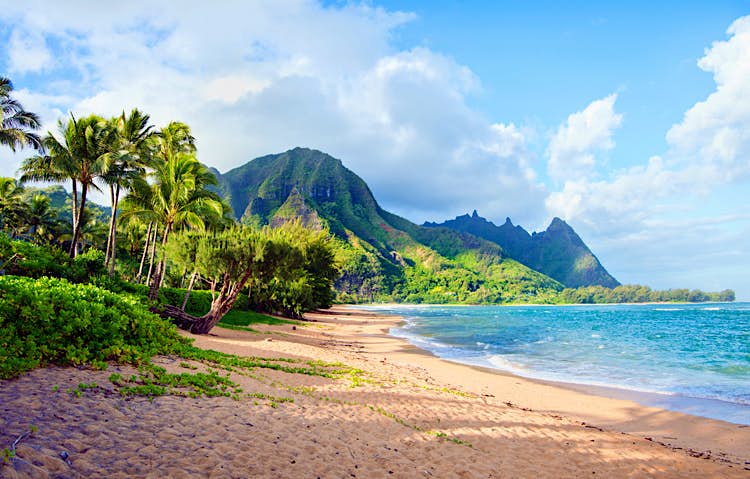 Hawaii is picture-perfect for a wedding. Getty Images/Flickr Select.

In December 2013, same-sex couples joined the long line of lovebirds who take the plunge each year in Hawaii's palm-trees-and-blue-seas paradise. After the wedding, the honeymoon is ready-made: swim in waterfall pools, sway in beachside hammocks, sip celebratory tropical cocktails, ride horses with local cowboys. The Islands' aloha spirit coupled with generations of diverse populations living in sync result in a laid-back, no-one-looks-twice vibe. O'ahu (especially around Waikiki) and Maui are gay hubs, with plenty of beaches, B&Bs and resorts catering to the LGBT community. 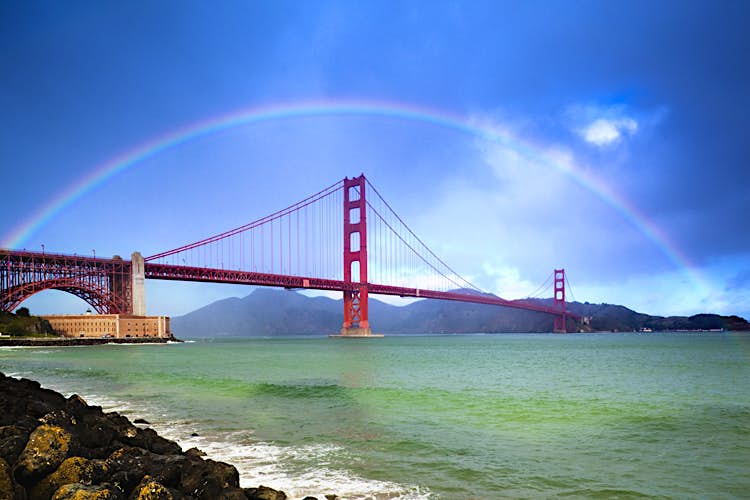 The rainbow flag flies higher here than anywhere else in the US. For a half-century the Castro District has been the epicenter of American gay and lesbian culture. An unparalleled number of bars, shops, eateries and hotels cater to the crowd. Consider the city's breathtaking (literally) hills, brooding fog and exquisite foodie fare as lucky bonuses. 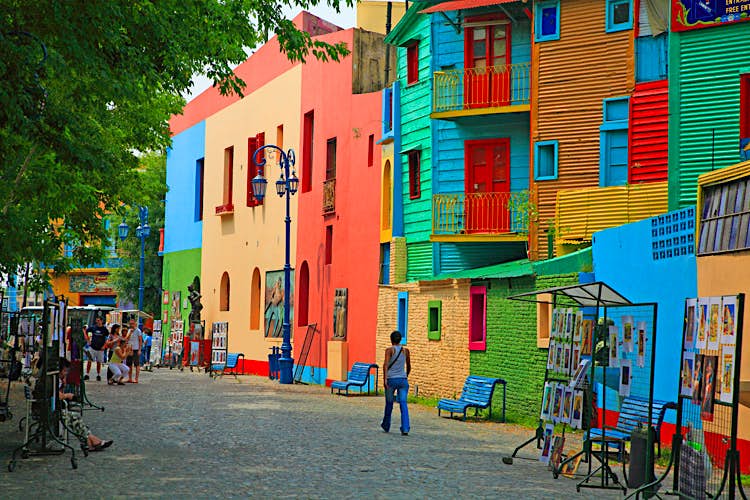 The La Boca neighborhood of Buenos Aires, Argentina would add a colorful backdrop to any wedding photo. Getty Images.

Progressive Buenos Aires is one of Latin America’s gay capitals, and it seduces without shame. When you're not carving into a steak washed down by velvety Malbec wine, visit Evita's grave, see an opera at the Teatro Colón and poke around the San Telmo street market, where tango performers get their groove on. The city offers several places to learn the sultry dance, including the Queer Tango Festival (festivaltangoqueer.com.ar), held in late November. Gay-friendly cafes and guesthouses dot the neighborhoods of San Telmo, Retiro, Barrio Norte and Palermo Viejo.

Cape Town is Africa's gayest city, and it's a beauty all right. Flat-topped mountains, sculpture-lined parks and golden beaches strike a pose. Bohemian gayborhoods such as De Waterkant entertain. Bucolic vineyards stripe the outskirts. And what other wedding destination boasts penguin-spotting tours and shark-cage diving? Stay for a safari honeymoon and add hippos, giraffes and zebras to the viewing list. 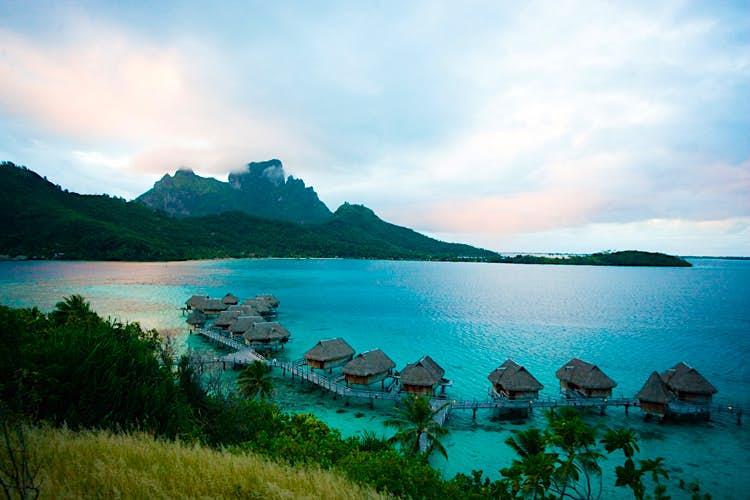 With its coconut groves, blue-green lagoons and chalk-white sand, Tahiti is the quintessential Polynesian idyll. Most hotels are geared up to perform weddings, and they don't get any sexier than at Le Méridien on nearby Bora Bora. Picture your own thatched-roof bungalow with a glass floor over fish-speckled water. You'll likely run into rae-rae, cross-dressers or transgendered folks, who are a highly respected and integral part of the restaurant and hotel industries, as they have been for eons in this culture. 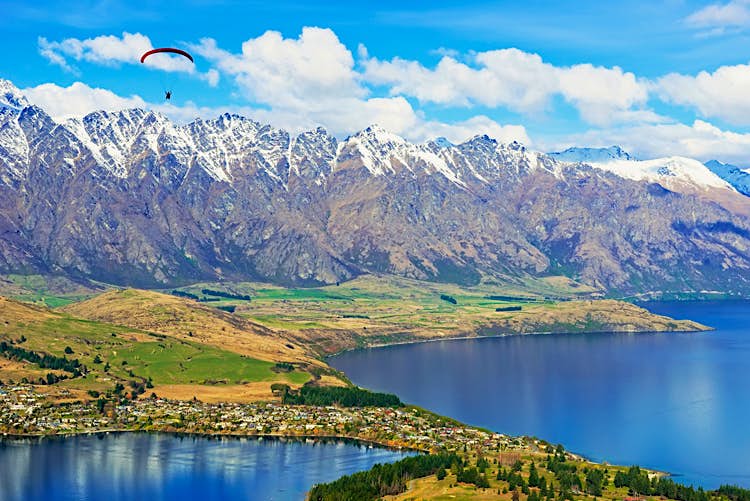 Nestled beside a glassy lake and ringed by white-tipped peaks, Queenstown is New Zealand's most popular resort area, known for its daredevil sports. After saying 'I do', newlyweds can test their bond by jet boating, whitewater rafting, skydiving and bungy jumping (the town is bungy's birthplace and provides multiple scream-triggering venues to leap from). It's equally busy in winter, with lots of folks getting hitched during Gay Ski Weekend (www.gayskiweekqt.com) in early September. 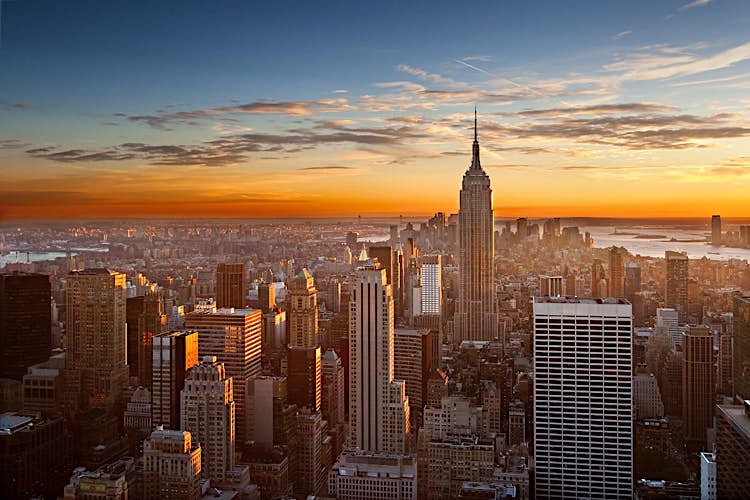 Walk down the aisle at skyscraping Top of the Rock, at Lincoln Center or Central Park Zoo. Granted, you'll need a boatload of money, but the point is anything goes in NYC. Iconic restaurants, Broadway theaters and the très-gay neighborhoods of Chelsea, Greenwich Village and Hell's Kitchen ensure post-wedding festivities galore. 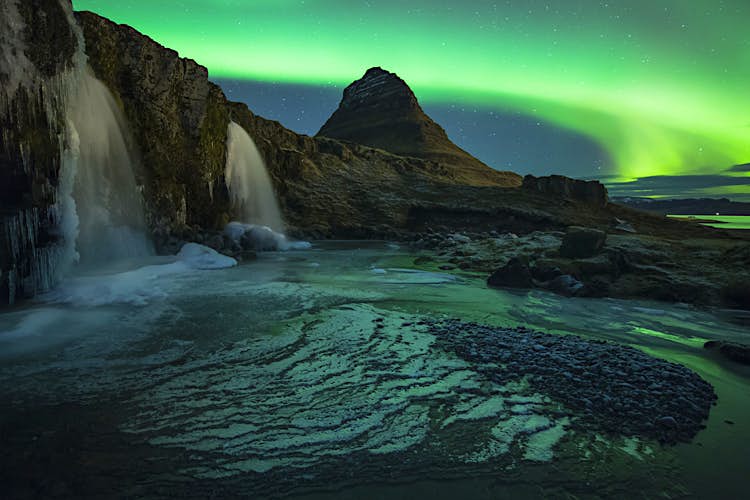 Soon after Iceland legalized same-sex marriage in June 2010, the prime minister - the world's first openly lesbian head of state - married her partner. So it's no surprise the scene is incredibly welcoming. Take your pick of mind-blowing backdrops for the ceremony: beside a thundering waterfall, in a rustic wood church or surrounded by hulking blue glaciers. Pink Iceland (http://www.pinkiceland.is) can make the arrangements. 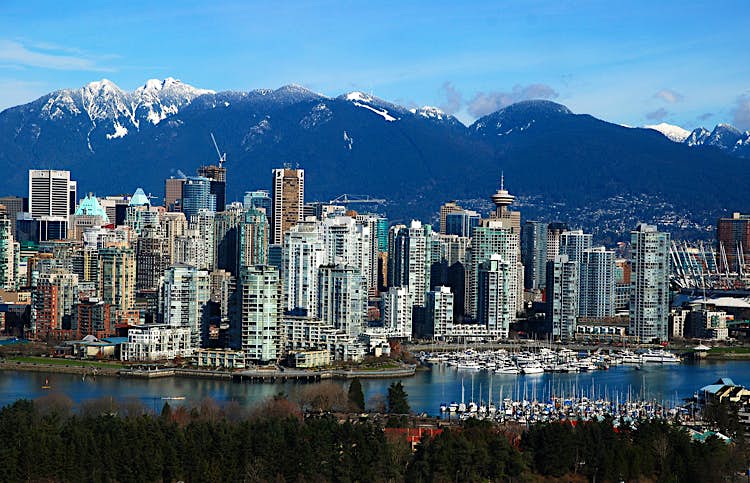 Vancouver is like the gay Vegas for destination nuptials. There are easy-to-follow instructions to tie the knot (see www.vs.gov.bc.ca/marriage/howto.html), and a thriving LGBT community to drink and dine among. But it's the mountain-and-sea beauty that's the big attraction. Adventure-seeking spouses add on a trip to nearby Whistler for world-class skiing and mountain biking. 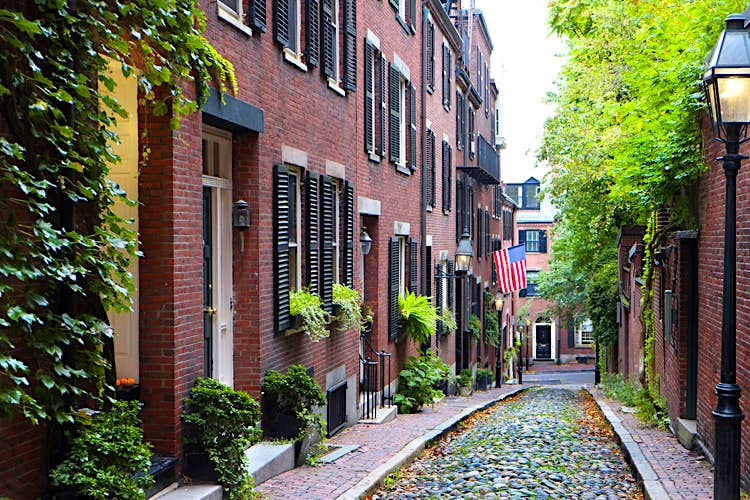 Boston draws couples with its cobbled colonial lanes, Paul Revere-era churches, oyster houses and ocean vistas. Gay and lesbian justices of the peace and wedding planners abound, and swanky boutique hotels like the XV Beacon (www.xvbeacon.com) regularly host cozy queer weddings. They've had lots of practice: Massachusetts was the first US state to legalize same-sex marriage, back in 2004.

These gay-wedding-friendly countries also make sweet retreats, though typically one partner needs to be a resident: 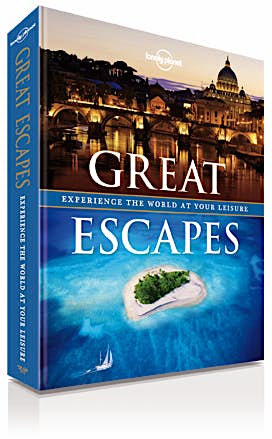 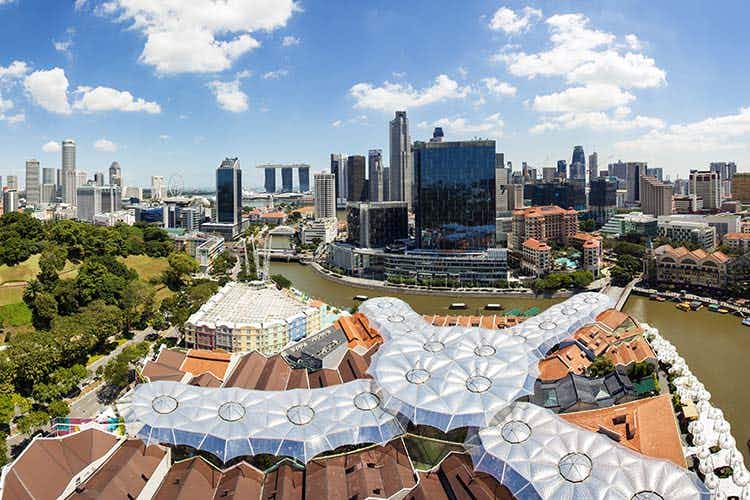 Escape the mall: the green spaces of Singapore 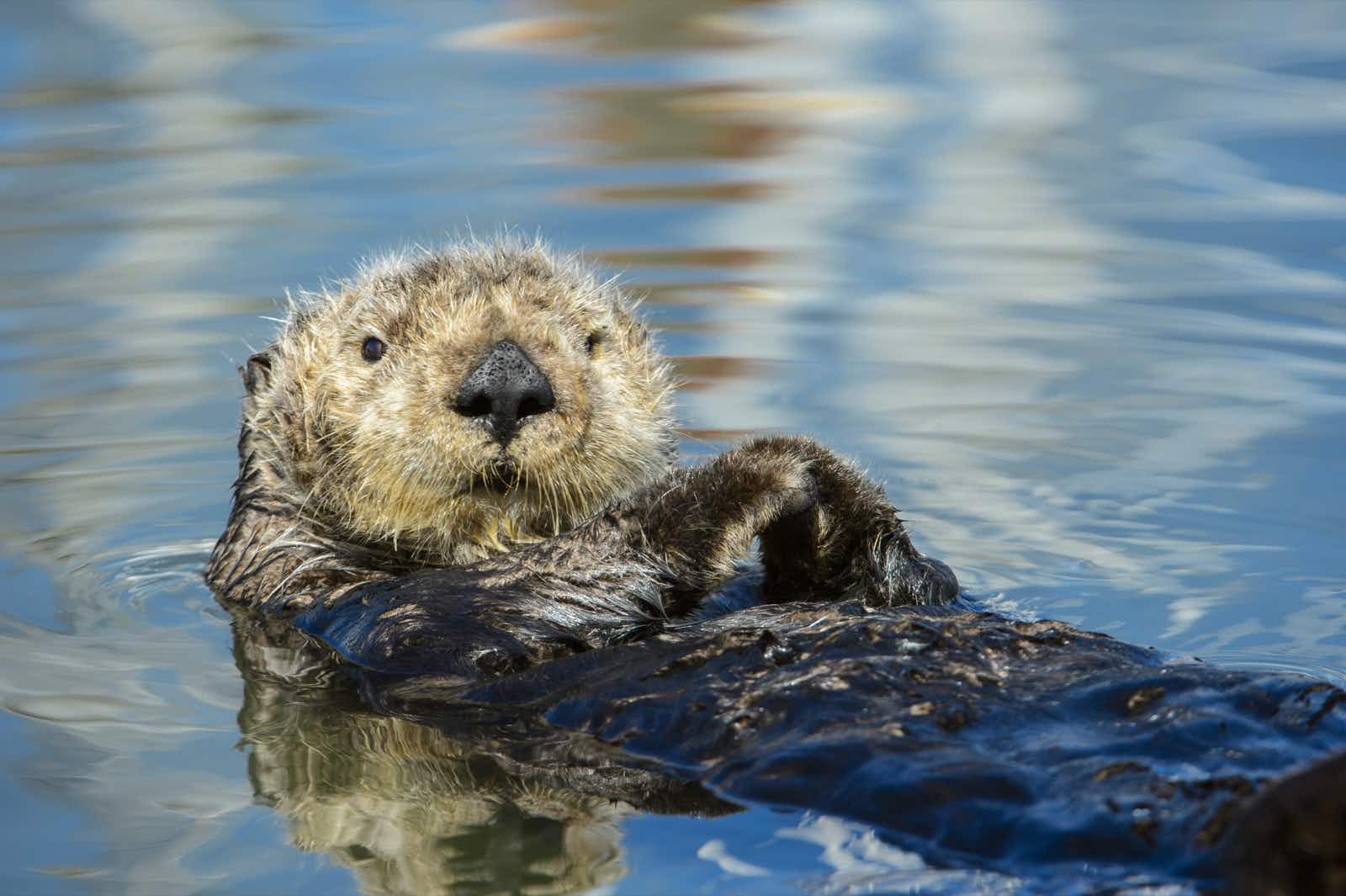