The Okavango: why you need a safari in Botswana's delta

Sitting at the geographical heart of southern Africa, Botswana's Okavango Delta is the closest thing to Eden left on the planet. Amid the sandy thorn-scrub of the Kalahari Desert, its 15,000 square kilometres of champagne-coloured rivers, papyrus-choked reed beds and lily-covered lagoons represent one of the largest wetland wildernesses in the world − a place where classic African wildlife thrives unmolested and the safari experience is second to none.

Lion on the hunt of buffalo in the Okavango Delta, Botswana. Image by Brendon Cremer / NIS / Getty Images

What is the Okavango Delta?

When most people think of a delta, they think of the Mississippi, the Nile or the Rhine. Mighty rivers that meander seawards and, exhausted, dump their silt-laden waters once they reach the coast. But here in Botswana, the Okavango River never reaches the sea – after travelling over a thousand kilometres from the rain-soaked highlands of Angola, it simply spills onto Botswana's Kalahari sands and slowly dies. But the life that it generates and fosters in the process is something every traveller must behold at some point in their lifetime. When the floods arrive in May, the main channels of the Okavango Delta – home to hippos, crocodiles, tiger fish and bream – braid their way around lush grasslands, reed beds, palm groves and galleries of mopane forest. At its widest point the delta’s fan is 170km, and between July and September over 200,000 animals migrate from the baking desert to this gigantic oasis. For unlike other inland seas, the waters of the Okavango are sweet to drink, filtering through Kalahari sands and evaporating off its fast-running streams before they have a chance to stagnate.

What makes it so special?

Besides the surreal environment, the Okavango Delta supports 164 mammalian species, 157 species of reptiles and 540 species of bird. Key predators such as lions, leopards, cheetahs and endangered African wild dogs find sanctuary here alongside huge herds of wildebeests, buffaloes, zebras and various antelope species. The area hosts almost half the continent's elephants during the flood, when migratory herds head for the delta. Rhinos are even making a comeback as conservationists, fearful of their survival in South Africa, relocate them here.

Look at a map of the delta and you’ll see an outstretched hand with its fingers reaching down to Maun from the northern Namibian border. The wrist – the 70km strip between Shakawe and the delta – is known as the Panhandle. It’s popular for its affordability and fishing camps, such as Nxamaseri (nxamaseri.com) and Drotsky’s Cabins, and houseboats like the Kubu Queen (kubuqueen.com), which drift down the waterway beside riverine forests filled with birds. To the east, the Moremi Game Reserve covers 40% of the delta, including Chief's Island – 1000 square kilometres of predator-friendly thorn scrub and mopane woodland where the Big Five (lion, leopard, elephant, rhino and buffalo) abound.

Herd of buffalo on the move in the Okavango Delta. Image by Danita Delimont / Getty Images

The rest of the delta is divided into 18 concessions run privately or by community trusts, with each being limited to between one and six camps – all are unique in character. The best ‘wet camps’ offering water-based activities, such as quintessential mokoro (a traditional African dugout canoe) trips that glide peacefully down the delta’s papyrus-lined channels, are Jao Flats, Kwara Concession and Xigera Camp in Moremi. While conventional land-based wildlife viewing is best experienced at the ‘dry camps’ Vumbura Plains Camp, Chitabe Camp (wilderness-safaris.com), Kwara and Duba Plains, the latter being famous for its lion hunt sightings.

The delta is a year-round destination, although most people travel here to see the wetlands in full flood during Botswana’s dry season between July and September.

January to April – Low season in the delta. Rainfall is typical although not excessive and temperatures sit around 30°C. Most migratory animals have dispersed from the delta, but wildlife viewing remains pretty impressive. Water-based safaris are only possible on the permanent channels putting wetter camps at a premium. Most other camps offer discounts up to 40%.

May and June – The floodwaters start to arrive in the delta, hitting the Panhandle first where wildlife initially concentrates. Grass cover is highest in May, making it possibly the worst month to visit the delta.

July to September – High season in the delta with perfect daytime temperatures (20°C to 30°C), clear blue skies and enormous numbers of animals. Grass cover dies back so visibility is good. As the flood spreads from the northwest to southeast, consider the timing of your visit and the location of your camp carefully. Fishing season is August to October when barbel and tiger fish run the rivers.

October to December – Temperatures build to over 35°C, making October hot and sticky. Wildlife starts to depart from the delta and the floodwaters dissipate by the time the November rains break. Although the migratory wildlife has gone, much resident wildlife remains and birthing season begins.

Maun, situated at the southeastern tip of the delta, is the main gateway to the Okavango. However flights also operate from Kasane, a small town set next to the Chobe River on the busy overland route from Victoria Falls. While Maun is chock-full of safari companies and travel agencies, it's still best to do your research before you reach Botswana, especially as many camps are small and get booked up months in advance. Given the highly individual character of the camps it’s a good idea to try and experience a mix of two or three in different areas.

To get from Maun to your camp you’ll likely have to travel by light aircraft, which is a wonderful introduction to the delta. The overland alternative is a two-hour drive from Maun to Moremi’s south gate. A 4WD is essential once inside Moremi as the roads vary from soft and sandy to wet and muddy in the floodplains. During the rainy season (November to March) the park may close to self-drive visitors, so phone ahead to check. If you don’t fancy tackling the driving on your own, consider a mobile safari, which can be organised in Maun. 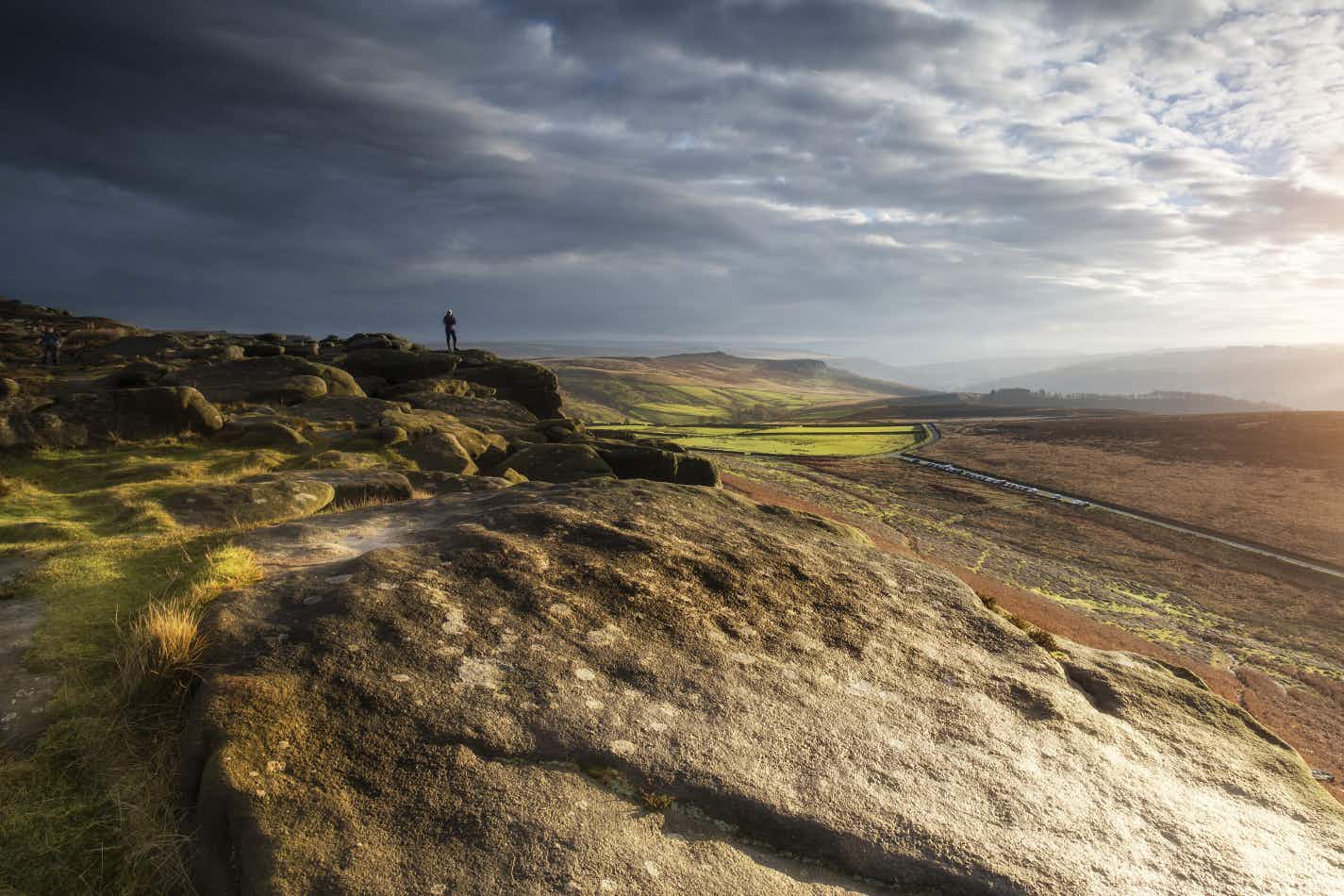 From the Pennines to Pembrokeshire: Britain's seven best long-distance hikes… 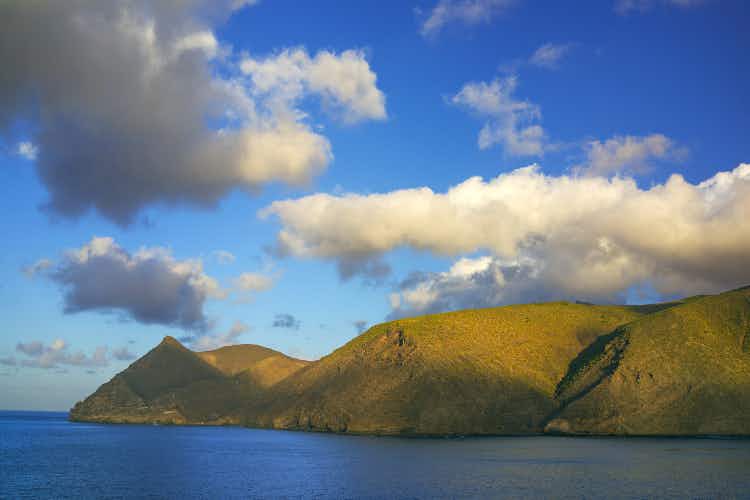 The allure and attractions of St Helena