The land of fire and ice: touring Iceland's Golden Circle

Pulling into Reykjavík harbour, it seems remarkable that anyone could make their home in this forbidding land. Huge cliffs loom all around, looking like they might lurch forward at any moment and push the tiny town into the sea.

Reykjavík sits on the edge of the Arctic Circle with a defiance that would make its Viking founders proud. In the summer, revellers flock to the streets for the runtur – the bar crawl famous for its excess and irreverence (one nightclub even has the faces of failed Icelandic bankers plastered over its urinals). In the winter, the crowds disappear inside cosy cafés, while the corrugated-iron houses shudder in thundering Arctic winds.

Three of Iceland’s most popular destinations are within easy reach of Reykjavík – Gullfoss, Geysir and Thingvellir (Þingvellir) form what’s known as the Golden Circle (although it’s not actually circular). This 190-mile round-trip takes in jetting geysers and vast glacial waterfalls, and if you have your own transport you can easily manage all three locations in a day from the capital. And if not, there’s no shortage of tour companies in Reykjavík willing to take you (expect to pay around £50 – try gjtravel.is).

The striking exterior of Reykjavik's Hallgrimskirkja. Photograph by David Noton

Perhaps Iceland’s most famous attraction, Geysir has given its name to geysers worldwide. The main geyser on the site hasn’t erupted for some years, but the smaller Strokkur geyser dutifully fires jets of boiling hot water in the air every seven minutes or so. If you can stand the sulphurous stench, there are other mini-geysers bubbling away nearby.

The colossal waterfall at Gullfoss (‘golden falls’) should be on your itinerary – millions of gallons of glacial meltwater crash into a crevice, with the rising mists visible for miles around. Local legend tells that the waterfalls were threatened by a proposed power station upstream, before a local woman was going to throw herself down the falls in protest, and Gullfoss was saved.

The canyon at Thingvellir was the site of the first Icelandic parliament 1,000 years ago – it’s also evidence of the American and Eurasian tectonic plates prising slowly apart. Although there are few signs of the Viking parliament left today, the setting, home to Iceland’s largest lake, is reason enough to visit (thingvellir.is).

Gullfoss waterfall, one of the Golden Circle's natural wonders. Photograph by David Noton

Nordic Visitor caters for a range of budgets. At the upper end, its Iceland Connoisseur tour promises five nights of luxury accommodation and gourmet food, setting out from Reykjavík to Snæfellsjökull before heading south to the Golden Circle (from £3,800 per person based on two sharing; iceland.nordicvisitor.com).

Iceland Rovers offers adventure tours across the country, many in the comfort of a super jeep. Beginning in February, their five-day Winter Highlights tour takes in the Golden Circle and more remote locations in the Icelandic interior, with a two- to three-hour snow hike each day (from £1,200 per person; icelandrovers.is).

Eldhestar specialises in horseback tours, with a range of routes across Iceland lasting from two to eight days. Riding on Icelandic horses – a small but sturdy breed – the seven-night Snæfellsnes tour follows the southern shore of the peninsula, with riders trekking beside beaches and up to Snæfellsjökull (from £1,350 per person; eldhestar.is). 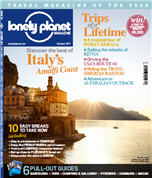 This is an excerpt from a longer article by Oliver Smith, which first appeared in Lonely Planet Magazine.

Lonely Planet Magazine is full of travel ideas and tales (available in the UK for £3.70 an issue).