Country was Nashville, Motown was Detroit, the blues were Chicago or St. Louis (depending on how southern you like your sadness). Grunge, although it made its way across the US and then the world, was born in Seattle when Kurt Cobain, a guy from Aberdeen, a depressed logging town on the Washington coast, unleashed a sound on the city that changed our relationship with music forever and spawned many imitators.

The dotcom boom might have changed the face of many of the sites where the Seattle sound made history, but look closely and you can still find evidence of that disaffected sound that defined the 90s. Here we list some of the most important.

A Sound Garden is a series of steel pipes that sing when the wind blows through them and the eponymous band took its name from one such art work in the National Oceanic and Atmospheric Administration grounds near Magnuson Park, Seattle. Site visits have been restricted since 9/11 – a terrible shame, because on a windy summer evening it’s easy to imagine why a group of musicians would be so inspired as to take their name from this installation. See more on seattle.gov/parks.

Some speculate that Soundgarden based one of their songs after another piece of local art made by Japanese American artist Isamu Noguchi. Black Sun is perched on a ledge over the reservoir in Volunteer Park, it’s a great spot for photos. Stand in just the right spot to place the Space Needle in the middle.

The Comet wasn’t that well known a venue for live music, not exactly a launch pad for careers like the OK Hotel, but it’s where the 90s drank cheap beer. It changed hands in 2013 but locals hope the new owners don’t clean it up too much and that it will remain Capitol Hill’s quintessential dive bar.

A mural on the outside wall of Seattle's now-iconic Comet Tavern. Image by J / CC BY-SA 2.0

Hattie’s is another bar that’s doesn’t have great significance in the annals of Seattle grunge history, but it still holds the vibe of the era. Think you know your rock and roll, do you? Hattie’s has a trivia night where you can prove it and get drunk at the same time.

In 1907 the Moore was the height of elegance. Fast forward to the grunge era, cover the floors with a sticky veneer of spilled beer, sweat and a sold out crowd, give the stage to Tad, Mudhoney and Nirvana and you’ve got Lame Fest ‘89, an event that showed just how big the Seattle sound was going to be. Nobody, least of all the bands headlining, expected the crowds.

Breathe in beer vapors at the Moore Theater. Image by Paul Sableman / CC BY 2.0

This is the spot where Nirvana debuted Smells Like Teen Spirit on 17 April 1991. Everyone was there, Mudhoney, Soundgarden, Queens of the Stone Age, and the cast of that Seattle brat pack movie, Singles, while a cast of extras sat at the counter eating soup and drinking coffee and trying not to grow up. The 2001 Nisqually Quake damaged the OK Hotel and it's now an apartment building with a gallery in the lobby, open on the first Thursday of the month to the public.

They no longer occupy the top floor of the 1925 high-rise at First and Virginia (the building is now home to architects, investment consultants and web design shops), but legendary label Sub Pop is still thriving a few blocks away from where the seeds of their world domination were planted. Try not to think too much about the fact that there’s a high end maternity store at street level.

It’s hipper than thou now, kind of the opposite of The Vogue, the venue where Nirvana debuted. You could get a haircut, or you stand out front and lament the fact that the home of Goth night and where the Seattle music scene cracked right open is now a place you can get a Brazilian blowout.

Adjacent to Kurt Cobain and Courtney Love’s spacious Leschi home there’s a little park with a graffiti covered bench. Fans come here to get as close as they can to the place where the star took his own life in 1994. Courtney later knocked down the gardener’s residence where Kurt’s body was found and had the city take out a tree people were climbing to look over her fence. She no longer owns the house, but the park is still a spot for fans to light candles, sing songs, leave flowers in Kurt’s memory, and add their own thoughts in Sharpie to the park bench.

Tributes in marker pen on a bench in Viretta Park. Image by Sean O'Neill / CC BY-NC-ND 2.0

And outside the city: Aberdeen

As you enter the city limits of Aberdeen, you’ll see the slogan, 'Come as you are', that the town added in 2005 following the ten-year anniversary of Kurt Cobain’s death. Aberdeen is a friendly town and you can still meet grunge pilgrims taking a peek under the Young Street Bridge or peering in the cobwebby windows of Rosevear’s Music Center. The town is a mix of post-logging and fishing depression, small town optimism, and box store encroachment. On a foggy day, it’s easy to succumb to thinking you know what might have been happening inside Kurt’s head. 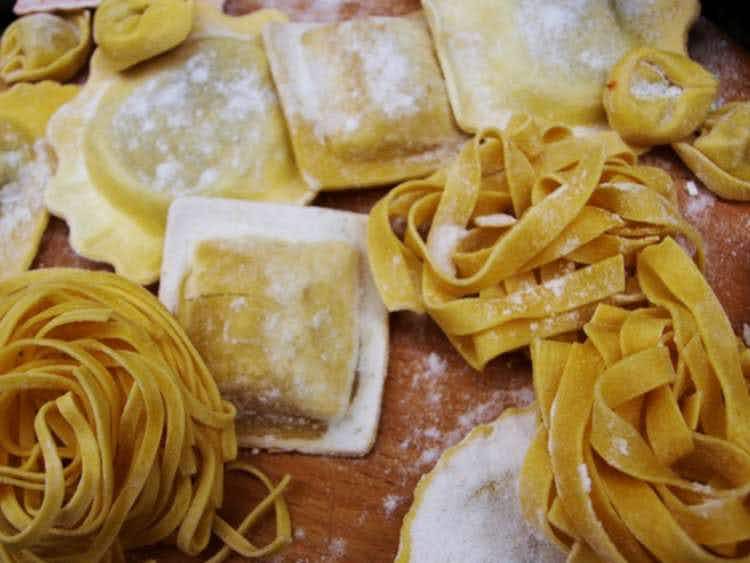 The real ragù: 10 things you didn't know about authentic…