There are many things for which the state of Maine has long been famous: low-tide beaches, lighthouses, lobstermen. But in recent years the small city of Portland, has become the East Coast’s must-visit foodie city, with a farm-to-fork philosophy that’s the envy of New England. Here’s a glimpse behind the scenes of this growing gourmet destination.

‘Rails opened, lines dropped, davit poised – and the trap is hooked!’ declares Captain Brian Rapp, as he hauls up a mottled green rope to reveal a wire-mesh cage, once 29 feet deep, now packed with glossy orange- and black-speckled lobsters. He takes stock of the crustaceans, gauging their size for harvest, and a smile cracks across the lobsterman’s bearded face. A bumper payday.

In Portland, those in the know call it lobstah, not lobster. That’s the first thing you need to learn before boarding the Lucky Catch trawler, a fishing boat that casts off each morning across the grey waters of Casco Bay from the quays on Commercial Street. At the wharf where the boat often rests at anchor, a concrete plaque is inscribed with a nautical blessing: ‘May you have fair winds and following seas.’ But the way things are going in Portland these days, they should add the pleasure of having a lobster roll in your stomach to the benediction.

Though many have long thought of Portland as a place steeped in little more than coastal fog and shuttered World War II canneries, today this small city can hold its own with any of the foodie capitals in North America. You could call it a Napa Valley with bivalves – a mix of kindred-spirit seafood restaurants, organic food champions and, the most prevalent of all, lobster shacks.

Above everything, Portland is a seafood valhalla. More lobster is caught and sold off Maine’s ragged coastline than in any other state in the United States, and it has such a mad crush on lobster rolls, it harvests 130 million pounds of the meat each year.

But the city is much more than that. Portland can do lip-smacking blueberry pies (out of every 100 US lowbush berries, 99 come from Maine). It invented the 'healthy' Holy Donut (made of more nutritious potato flour, but still gilded with frosting). It was ahead of the craft beer bell-curve in New England: the state’s pioneer, D.L. Geary, began brewing in 1983 as the first post-prohibition brewery east of the Mississippi, and opened their first brewpub in 1986. And its food heroes are permanently conscious of shrinking the distance between product and plate.

‘Portland is hands-down the foodiest small town in North America,’ says Maine Foodie Tours guide Mike Liff, a Californian drawn to the city by his stomach. ‘It’s not just the restaurants or the street food. It’s everything from the local produce to the maverick attitudes. People here don’t do chain restaurants. Instead of Dunkin’ Donuts, we choose local fair-trade independent micro-roasters like Coffee by Design or Arabica. And don’t get me started on the cheese. It’s so good here, it’s hard not to bust past the deli counter.’

Such a local, self-sufficient scene means that of the 300-odd restaurants catering to Portland’s 67,000 residents (more per capita than any other US city after San Francisco), nine out of 10 are owned by dyed-in-the-wool Maine families. That’s not counting the dozens of Ma and Pa startups who’ll sell you the wildflower honey mead or chocolate balsamic drizzle they’ve just bottled in the kitchen.

Shuck it and see: don’t stop ’til you get enough

At the center of this foodie craze is the city’s nucleus of bumper-to-bumper seafood restaurants, an area that prides itself on ‘mer-roir’ and zeitgeist-shifting chefs. One such see-and-be-seen place is the James Beard award-winning Eventide Oyster Co, the brainchild of chefs Mike Wiley and Andrew Taylor, who aren’t afraid to complement a lobster with green curry or farmyard bacon and eggs. Coincidence that their brown butter lobster roll on a Japanese steamed bun is Maine’s most coveted dish? Not likely. ‘The queue out the door goes from here to next year,’ jokes bar manager John R. Myers, of the daily skirmish for a table. ‘We’re obviously doing something right.’

You can't leave Portland without trying a buttery, creamy lobster roll (or 10) © Maine Office of Tourism

The pleasure-inducing dopamine of eating so many delicious types of seafood – littleneck clams, scallops, crab, oysters, Bang Island mussels, lobster sausage – is augmented by the unpredictable ways in which that seafood is prepared. Have it fresh off the boat at the Portland Lobster Company, upscale and raw at Scales, in a soup at Gilbert’s Chowder House or served over sushi with black sesame and tobiko at Miyake. Either way, you’ll rack up a fair number of broken claws and empty shells in just a few days.

Catch me if you can: Maine’s lobster-free past

Seafood didn’t always cure the culinary blues. Back in the mid 17th-century, French settlers landed with little notion of how spoiled with riches the whaleback peninsula was. They were soon followed by Captain John Smith, who later decamped to Jamestown to woo Pocahontas. Next came boatloads of opportunists who, rather than take stock of the land and sea, were lured south to Virginia’s promised land of tobacco and cotton.

Then again, lobster wasn't the delicacy it is today: long before the Europeans dropped anchor, the ill-fated Algonquians indigenous to the area used its abundant, hand-caught lobster as crop fertilizer rather than eat it. In the centuries that followed, lobster was considered a food for the poor or prisoners; it wasn't until the 1950s that it became firmly established as a luxury. After the financial crash of the early 2000s, Maine’s abundant land and coastal resources fed the revitalized American dream of self-reliance.

The passion of Portlanders

A rebel-rousing philosophy still lives on at Duckfat, a connoisseur’s poutine shop that opened the foodie floodgates in 2005. With its perfectly crisp fries and hand-made dipping sauces, the restaurant became for Maine what Thomas Keller’s game-changing French Laundry was for small-town California: a proof-of-concept for good, local food both among diners and wannabe restaurateurs.

All this has encouraged a certain type of risk-taker to set up shop in Portland. Characters like the Paciarino family from Milan, who chose Fore Street out of everywhere in the Lower 48 when they decided to emigrate to open an eponymous trattoria. Or Dean Bingham, a successful architect who dropped trusses and timber to make hand-dipped truffles at Dean’s Sweets across the road. Even religion has been forsaken in the name of regeneration at Grace, a red-brick Methodist church retooled by chef Adam Flood as a fine-dining affair featuring Maine halibut and farm rib-eye. In few other American cities would people take such a gamble.

Sisters Ashley and Kelley Dow, co-founders of Sticky Sweet, are the epitome of this ideal. Inside the bustling Public Market House, a food court that was once the City Hall, the Dows conjure up treats well beyond the strict confines of orthodoxy. ‘These aren’t your typical cookie-cutter deserts,’ says Ashley of the inspired concoctions that come from the year-old start-up. ‘Sweet sticky Thai rice, served with Maine blueberries and wild blueberry velvet ice cream. I mean, who else does that?’

The future: has it gone to the dogs?

Beyond Portland, deep in the satellite town of Kennebunkport, the evolution continues apace. Here, Wendy O’Blenis has devised Doggie & Me, the world’s first culinary food tour for dogs. An oddball addition to any culinary map, it’s a side of Portland’s dining experience few are yet to know about.

‘We started by making whoopee pies for dogs and it snowballed from there,’ O’Blenis says of the five-stop food tour. ‘But because it’s such a dog-friendly community, it’s taken on a life of its own.’

Participating pooches get to try treats such as peanut-butter cookies, coconut granola clusters, white cheddar crisps and maple-bacon ice cream with a biscuit bone, while owners graze on real whoopee pies at the likes of H.B. Provisions and craft beers at Federal Jack’s, the home of Maine’s trailblazing Shipyard Brewing Company. Afterwards, for all the screwiness of the tour, it’s clear not even the gravitational pull of the moon would be enough to keep the hounds away.

In one way, a gourmet trip to Portland is a modern essay on American food culture. Its history imbued with the rise, fall, and rise again of the city’s proud communities. And that’s why those like Captain Brian Rapp, are so satisfied with the simple pleasure of catching his own lunch. ‘There’s just something about Portland’s food scene,’ he says, inhaling the culinary mood, as well as a lungful of fresh sea air. ‘You can feel it in your guts.’

Portland is just a two-hour drive from Boston, and direct flights are available from a dozen cities in the Eastern US. For info on activities, accommodation and more in Portland, try Visit Maine.

Seven free things to do on Oʻahu 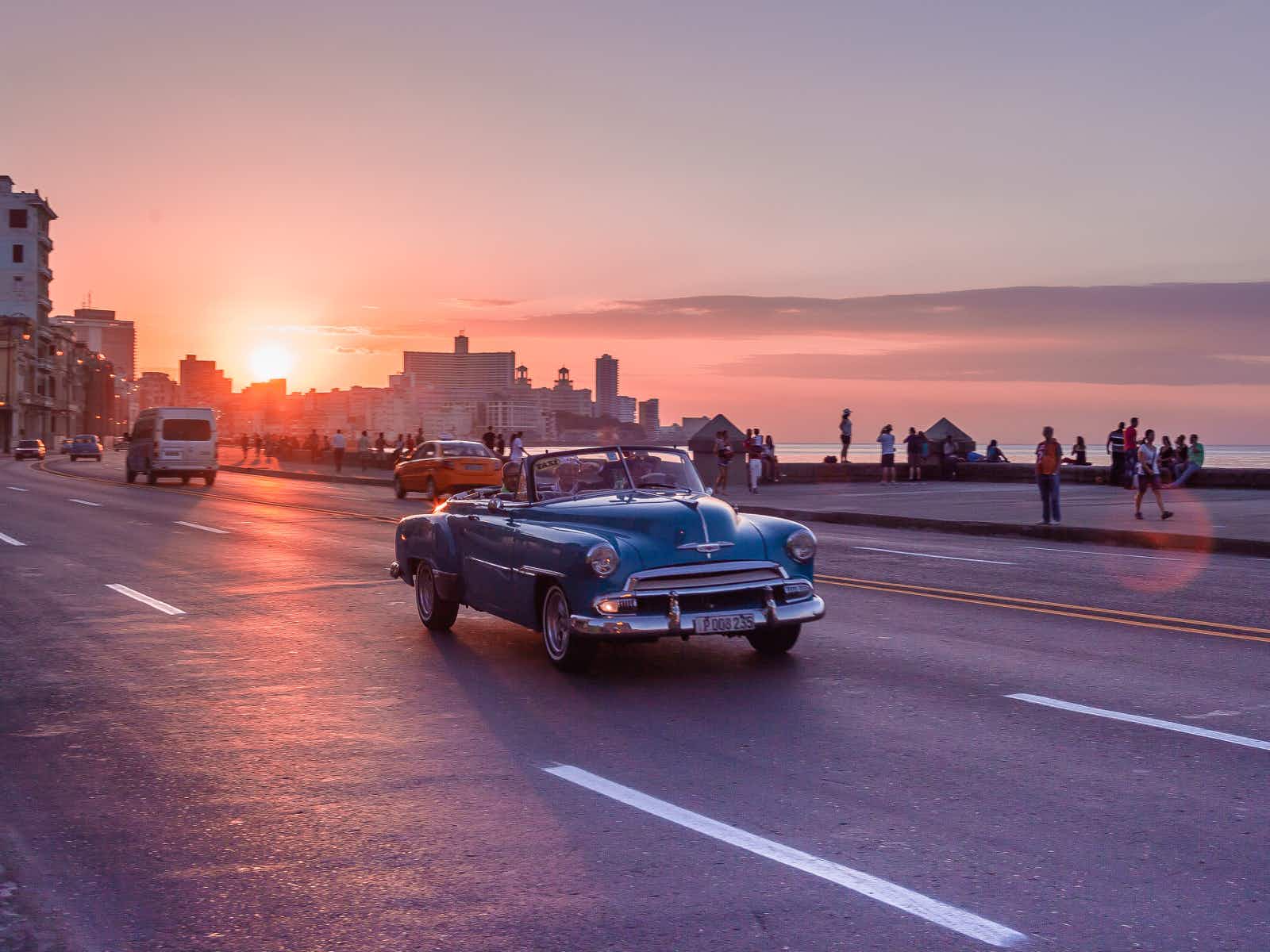