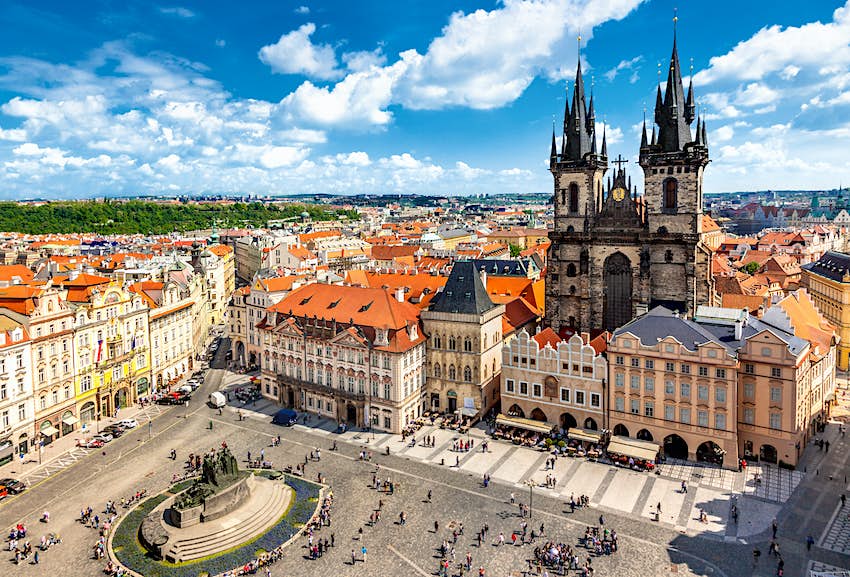 A brand new train service connecting three central European capitals has been launched, linking up Prague, Vienna and Budapest. Unveiled by the private Czech company Regiojet, the route was already up and running between the Czech Republic and Austria – though it had been suspended since March because of the coronavirus pandemic – but the line has now been extended to Hungary.

Two trains run daily in each direction, and tickets are priced as low as €16 between Prague and Budapest and €9 from Vienna to Budapest, which includes seat reservations and WiFi. Higher ticket classes also receive free coffee and discounted snacks and have access to a seatback entertainment system.

Regiojet is hoping to compete with airlines to provide more comfortable and environmentally-friendly travel around the region, and although the seven-hour journey time between Prague and Budapest is significantly longer than flying, eco-minded travellers could opt for a more sustainable transport service.

New research has found that a number of train services across Europe are actually faster than flying, and it’s becoming easier than ever to take a train across the continent. As it moves to emerge from the coronavirus pandemic, some economists are arguing that a new ‘ultra rapid’ train network that connects capital cities should be part of Europe’s post-pandemic recovery plans.

Regiojet has had a busy summer. In June, the company launched a new overnight train service between Prague and the Croatian coast that was so popular that it will run every night of the week until the end of September, when it will return to the original schedule of three times a week. It sold more than 30,000 tickets in its first weeks and more than 4000 in a single day, breaking company records.