Digital nomads: how to travel the world without quitting your job

In a world where connectivity is nearly universal and cheap tools make communication easy, today’s mobile workers and entrepreneurs are fanning out across the globe. You know that story about going to college, getting a good job at an office, and climbing the career ladder in the country where you grew up? In many developed nations that’s at best a broken model. For many recent university graduates it’s a pure fantasy. Many are finding a more fulfilling and less expensive life by taking their laptop job on the road, working wherever they want to live in the world.

The most visible manifestation of the mobile worker is the travel writer or blogger constantly posting stories, photos, and videos from new lands. Many followers are inspired and say, ‘I want to do that too!’ There are, however, far easier and more stable ways to make a living on the move.

Here are a few examples of people who have left their home country and brought their job to a different location – or created a new business along the way. 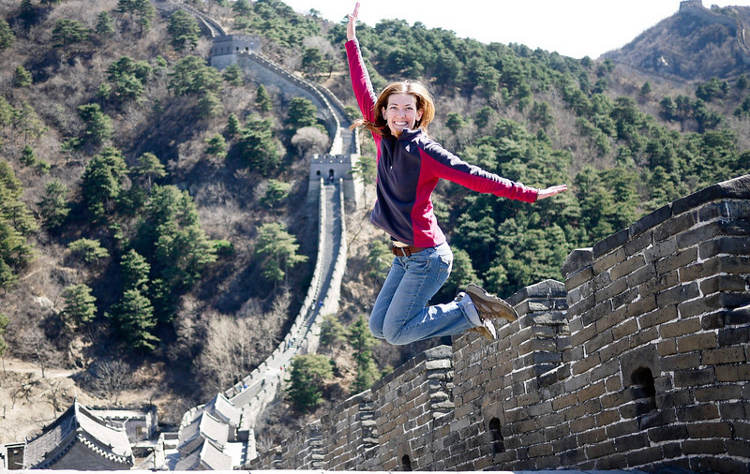 Shannon at the Great Wall of China. Image courtesy of Shannon O'Donnell

Shannon O’Donnell is a travel blogger, yes. A very visible one since National Geographic tagged her ‘traveler of the year.’ But her A Little Adrift blog is a fun side project that’s not designed to be a money maker. Her real line of work involves website consulting, search engine optimization, content creation, and online marketing. Before she took off from her home in LA in 2008, she asked her largest client: ‘If I keep up the same standard of work from abroad, you won't fire me, right?’

Now she manages an online marketing team from whichever continent she happens to be on, though she does tend to travel slowly and stay in one place for a few months. ‘Excluding long-haul flights, I spend US$1500 to US$2000 per month,’ she says, which is obviously a far cry from her California days. 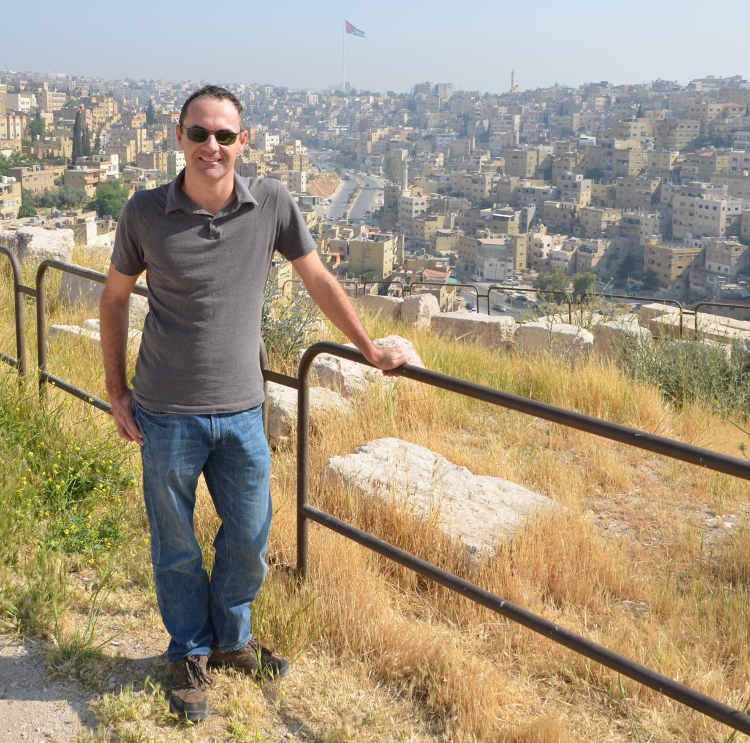 James in the Jordan sunshine. Image courtesy of James Clark

James Clark also maintains a travel blog, Nomadic Notes, but his real job – as a web designer and consultant online – seldom requires having to even make a phone call. When he was younger he worked on holiday visas, leaving his home in Australia and traveling around Europe. Looking for a way to extend that lifestyle, he started doing web design a decade ago and has made a living from the road ever since.

Most of that time James has lived and traveled around Southeast Asia but for the past 18 months he has stayed in digital nomad hotspot, Ho Chi Minh City (Saigon). ‘For US$1000 a month, you can get by reasonably well here,’ James says. ‘Some months I’ve spent around US$800. That’s with maid service, eating out for all meals, and fast internet. Getting set up to work remotely is easier than most people would think,’ he adds. ‘In Saigon you can land one day and be in your own apartment the next.’ 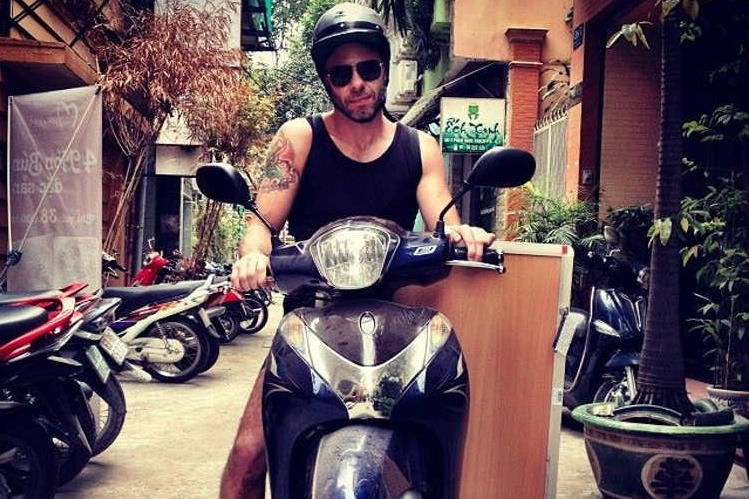 Jon Myers is also based in Saigon, thriving on the entrepreneurial culture of both the expats and under-30s crowd that makes up more than half of the population. ‘I started traveling in Taipei almost 20 years ago, teaching English for a year and studying Chinese. Then I was asking myself: how do I stay here longer?’ Teaching in Taipei ended up being his last fixed address job, he’s been a ‘bits and bytes’ freelancer and business owner since.

He now makes a good living from ‘a whole basket of stuff’ that includes designing user interfaces on websites and apps, doing strategic online business design, and various ventures of his own. He has people working for him in the USA and UK, plus a team of locals in Vietnam. How can other people duplicate this lifestyle? ‘The key is to have a skill or craft that transfers abroad,’ he says. ‘After that, the two pillars that hold it up are your network and your self-motivation. All three of those need to be in place.’ Learn more about Jon at www.jonmyers.com. 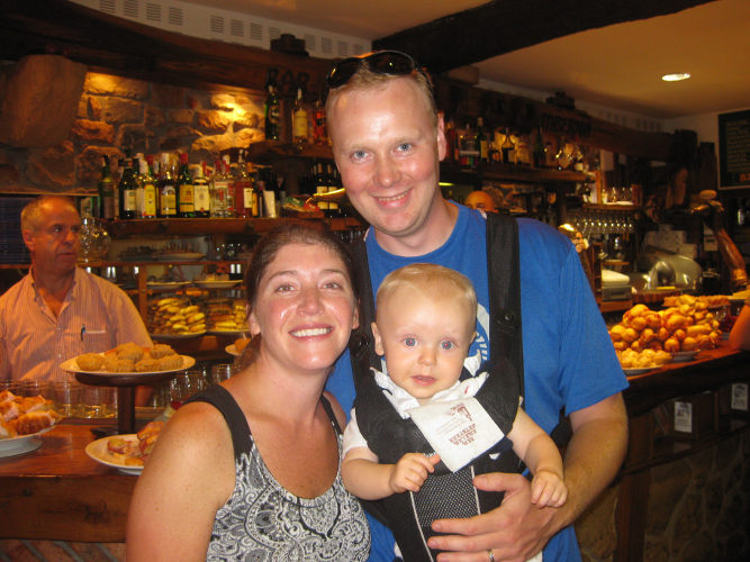 David McKeegan has proven that you don’t have to be single to maintain a mobile lifestyle. He lives with his wife and two sons in Sanur, Bali. ‘Last night we all took a walk along the boardwalk and had dinner on the beach,’ he says. ‘The restaurant is a nice place, but the four of us ate and drank for the equivalent of US$25. We live a nice life here on far less money: the housekeeper is US$70 a month, same for the gardener who also maintains the swimming pool. Our babysitter is US$4 an hour and she used to work for Hyatt.’

David runs a tax preparation and consulting business, Greenback Tax Services (greenbacktaxservices.com), for expatriate Americans that is worldwide in scope and has virtual accountants and support staff in different locations. He has more than proven the viability of running the company from anywhere. Before Indonesia the couple, and then family, lived in London, Brazil, Uruguay, Spain, and two cities in Argentina. He advises, ‘Do some test runs before you quit your job and head off somewhere permanently. A week on the beach is wonderful; six months on the beach may drive you crazy.’ 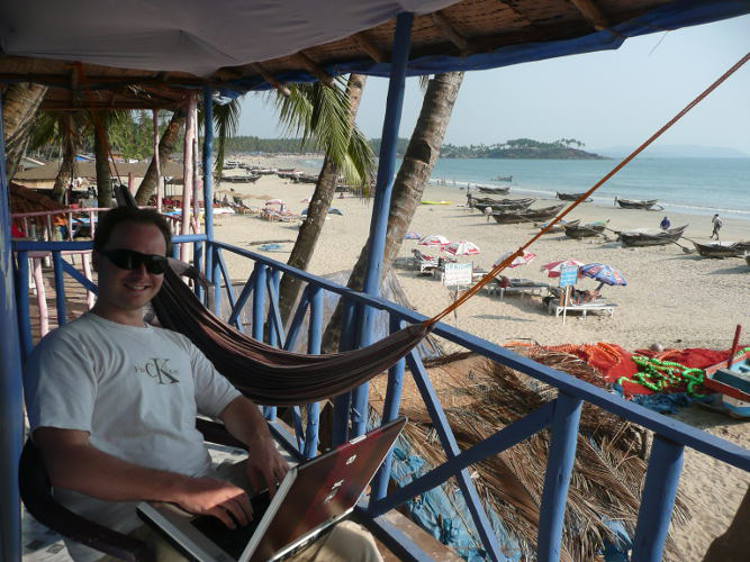 Benny Lewis takes his living locations in three-month chunks, treating each place as a language learning project to support his Fluent in 3 Months business. He’s a classic boot-strapping entrepreneur who stumbled upon a way to turn his experiences into a steady income stream – eventually. ‘For three years I was translating electronic engineering documents which tied into my previous job in Ireland,’ he explains. ‘I traveled three years with that work.’ However he says he never felt financially comfortable so he released an e-book on language learning that he hoped would earn enough to pay off his credit cards. ‘I accomplished that on the first day.’

Until he recently released his Fluent in 3 Months paperback, he was making a living exclusively from that single original e-book, traveling around the world on around 1000 euros per month. ‘I consider it a full-time job now to create content, make videos, and inspire people to learn another language.’ 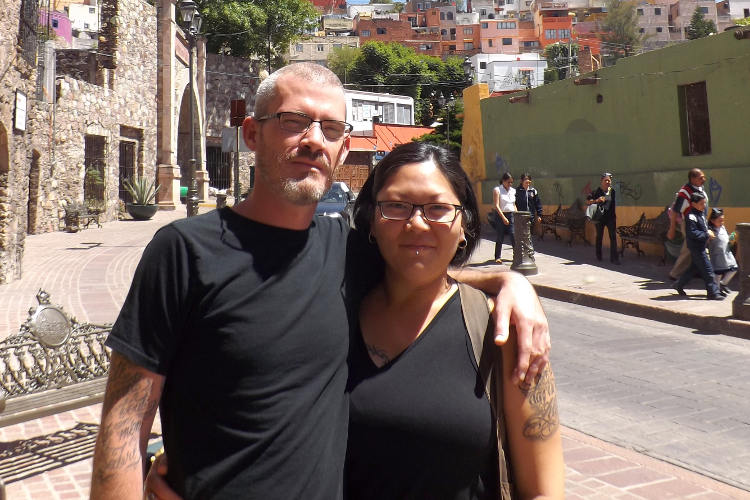 Ryan Taxis and Angela Kim also do their travel in three month chunks and for the past couple of years they’ve been in Germany, Spain, Montenegro, Mexico, and Austria, with a US road trip in the middle. They run what would seem to be a very physical, hands-on business but their Freshism and Smash Transit T-shirt companies are virtual businesses and the couple (and their dog) are able to keep things chugging along from anywhere with an internet connection. ‘It took us a while to get to this point though,’ Ryan says. ‘There was some time in in the beginning in Berlin where there was more money going out than coming in.’

‘We had to work at getting good systems and processes in place,’ Angela explains, ‘and finding good suppliers and contractors we could trust made a huge difference.’ Now they’re finding life much easier as they’ve scaled back both their possessions and their cost of living. See more at their Jets Like Taxis blog.

Working abroad is not for everyone and the lifestyle requires adjustments and considerable discipline. Those who succeed find the payoff in greater experiences and lower expenses to be worth it. After all, it’s cheaper to backpack around the world with a laptop and smart phone than it is to live a ‘normal’ life in the USA, Canada, or Europe just getting by.

How to become a digital nomad

Here are some inspiring resources that have helped me and many others make the move to living abroad:

Tim Leffel is the author of The World’s Cheapest Destinations book as well as Travel Writing 2.0 and is editor of the award-winning Perceptive Travel website.