How to go off the grid when you travel

Ever yearn to travel old-school style, without the screens, gadgets and multitasking stress? Do away with worrying about chargers, adapters, cables, cases, insuring all your devices, and organising foreign wi-fi plans and roaming. Instead, enjoy the moment, get out of your comfort zone, generate new ways of thinking and build stronger bonds with your family and friends. Naturally you’ll still want to remember your trip, but you can achieve that with a simple checklist: pen, paper, book, film camera. 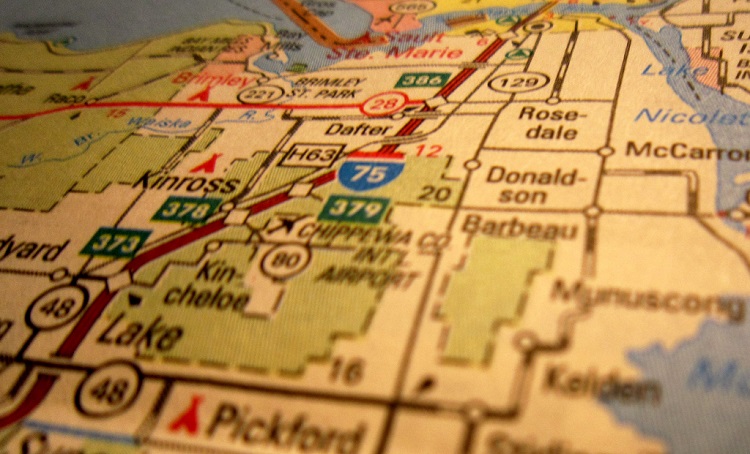 'Travel and change of place impart new vigor to the mind', Seneca, by Kate Ter Haar. CC BY 2.0

Do you really need to know what your friends and barely-friends are doing while you’re away? Leave behind the need to be validated by their ‘likes’.

Ask the woman selling mangoes in the market about how the area has changed, or the man at the ferry stop what sights he recommends. If language is a problem, bring a phrasebook, or try universities or bookshops, which often have conversation corners with eager locals who want to practice speaking your language and will share stories about their lives.

If you have grown used to planning everything with a digital map, you might find that a paper map is actually easier to use. You can personalise it and write on it, it doesn’t take time to load or require the internet, and it can be tucked away and pulled out quickly. Best of all, looking at a larger area gives you a much better idea of where you are.

Most tourist information booths and some hotels offer free local maps, often with points of interest marked on them. Or you can try wandering around without a map and speaking to locals – you may get lost at times but you may also get to know an area properly and discover some unmapped gems. 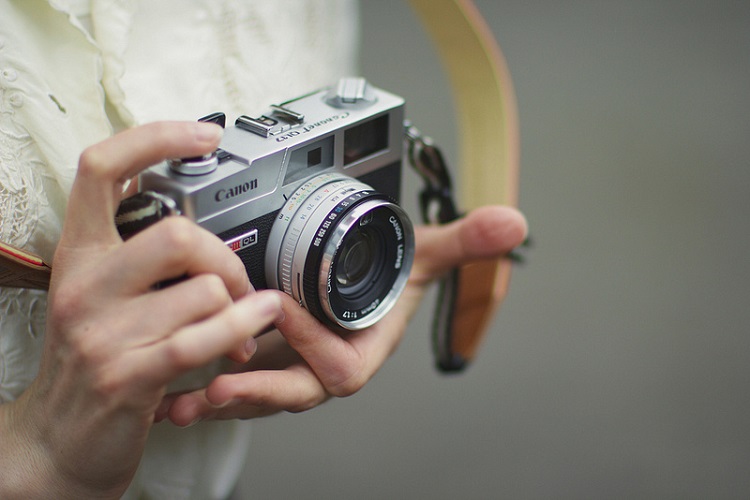 Film is still very much alive, by Michael Lindsley. CC BY 2.0

Unlike digital, every shot taken on a film camera costs money, so is valued and considered.

Digital cameras take multiple, deletable, quick-fire snaps that mean you can spend more time seeing the world through the lens than living the experience. When we take shots on a smartphone, our minds seem even further away from the trip, experiencing it for the sake of social media.

Taking digital photos has become the experience, and sometimes even the point of the trip. In contrast, film photos let you look back at your trip – there is space between having the experience and reliving it because you have no idea at the time what the photo will end up looking like. There is a certain thrill about collecting your prints from a photo shop (the real thing, not the software) and seeing how they turned out. A surprise great shot is something to pin up or hand to somebody. Even the failed shots are not something to be deleted but are a natural captured moment.

Have you ever wondered how a high-definition Blu-ray disc can be produced from an old movie? It's because a film that was shown in cinemas 30 years ago is still of a higher resolution than most modern digital movies. The same goes for still photos. The common 35mm film of yesteryear produces shots equivalent to 25 megapixels – double the resolution of most digital cameras today. Film photos just look better.

Film processing hasn’t disappeared; in most cities you can still turn a roll of film into photos in a day, and sometimes in half an hour. In the same stores you can buy film in different speeds and ISO (sensitivity). To get that Instagram look, Holga cameras can easily add fancy effects, and in a stylish case too.

A book has a paper-thin display that boots instantly and never has a flat battery. You can take it to the beach, get sand and splashes on it without breaking it, and leave it unattended while you swim with little fear of it going missing. Not something you’re likely to do with an iPad or e-reader. Plus, books have that unique tactile experience – you can easily flick back and forth and know how much is left. And nothing evokes travel memories months later like picking up a book off the shelf and coming across the local bus ticket you used as a bookmark.

Yes, they weigh more than e-readers, but real books are something you can share, passing on to other people on the road, thus lightening your load. On your travels you can swap one book for another on a book-swap shelf in hostels or book exchanges. Think of that one novel you are reading as personal to your trip, and forget about the stress of a multitasking e-reader or tablet. 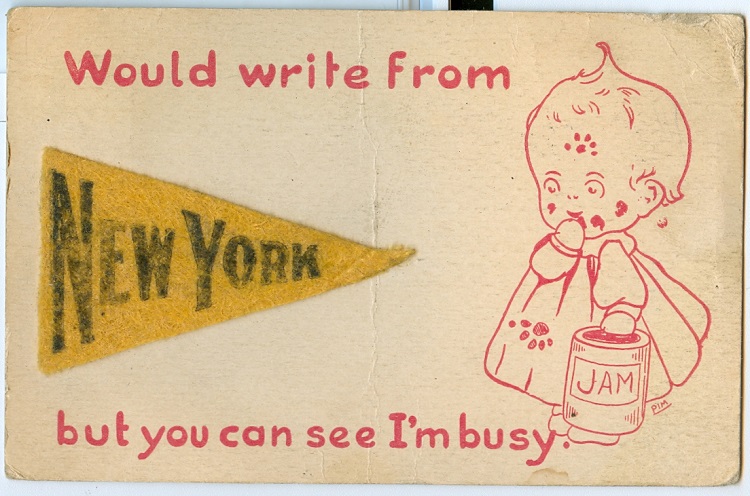 Staying in touch with people electronically while abroad is instantaneous but often shallow and rushed in fleeting moments, limited by texting fingers. And your two-line status message might be read by a bunch of people that you have only ever met once.

So don’t go near Twitter, Whatsapp, SMS, blogs or emails. Give somebody that flutter in their tummy when they hold a real letter from you in their hands, complete with colourful local stamps and your excited handwriting and doodles. Your letter is a little piece of another country and something for your friend to sit with at full attention, not wanting it to end, and rereading it when it does.

As with tweets, there is an art to fitting the words onto that postcard or opaque airmail paper – the lighter it is, the cheaper it will be to send. Leave some space for a Par Avion stamp for airmail delivery and ask to choose which postage stamp design you’d like, especially as many post offices now use an uninspiring white label.

You can also receive real letters while overseas, to make you feel more connected with home and spur you on for the rest of your trip. It will give you a stronger form of validation compared to a few ‘likes’.

Poste restante is available in many countries: a local post office will hold mail addressed to you for you to collect, usually for up to 10 or even 30 days. Your friends and family just have to write ‘Post Restante’ on the envelope after your name, followed by the name and address of a post office in your city. In Canada and the USA (for national mail), instead of writing ‘Poste Restante’, the letter should be labelled ‘General Delivery’. In other countries the wording is different and uses the local language, so check with the post office before telling people to start writing you perfumed letters. 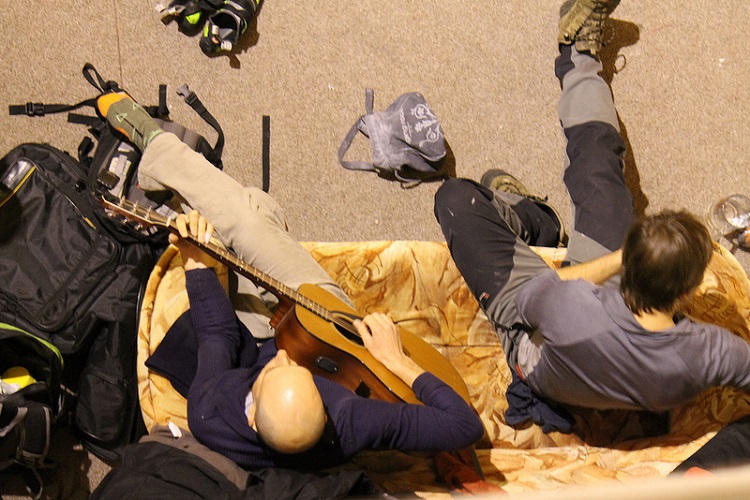 Real music and conversation, not iPods

Being plugged into music is a great escape, but it’s just that, an escape from the place you have come to visit. Leave the mp3 player out of your luggage and you’ll find yourself having more conversations, reading more and, probably, sleeping more.

If you’re a serious music lover, you’ll probably be happier with real live music in the country you’re visiting. And it's more than just the tunes; you’ll see how people behave in different countries – noisy rock bands playing in Japan often comment on how quiet and attentive the audience is. See and hear it all for yourself.

Phillip Tang loves etymology, foreign supermarkets and animated GIFs. Follow his sparkling rants and photos on travel, technology and how we humans live @philliptang and on Google +. 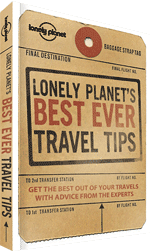 More travel advice from Lonely Planet, beautifully packaged in one of those old-fashioned book contraptions, can be found in Lonely Planet's Best Ever Travel Tips.

For trustworthy reviews of accommodation the world round, head to Lonely Planet's expert-reviewed hotels and hostels.