Top 15 free things to do in Tel Aviv

With its skyscrapers and cosmopolitan lifestyle, Tel Aviv has been dubbed the ‘Manhattan of the Mediterranean’, and like New York, costs can be high. But contrary to its chic image, there’s actually quite a lot you can see and do in TLV that is chof-shee (‘free’ in Hebrew). Spend your days relaxing on beaches, exploring Bauhaus boulevards or checking out some underground street art. Sooner or later, you’ll stumble upon a free gallery, performance or party.

Go for an early-morning swim in the Mediterranean Sea. Anywhere along the city’s 15km-long stretch of coast will do the trick, but one of the best spots to swim is the northern section of Hilton Beach. Here, the occasional rough waves are broken by a rocky bay, and swimmers can wade out far into the sea, away from the noise of the city waking up. From April to October, the sea temperature is pleasant and warm. In winter months, the southern stretch of Hilton Beach is great for surfers, and the bay is even floodlit at night.

Built in the early 1930s, Ben-Gurion House was the Tel Aviv home of Israel’s first prime minister, David Ben-Gurion, until his death in 1973. This modest house gives visitors an insight into the mind of one of the founding fathers of modern Israel. Located near the beach, it's open until the early afternoon and entrance is free. The structure is maintained as it was after his death, and downstairs, visitors can view photographs of the late PM meeting 20th-century icons such as US president John F Kennedy and Albert Einstein, while upstairs is home to an extensive library of books in different languages.

You don’t need a single shekel to enjoy the city’s largest expanse of green space, Park HaYarkon. Here, on any given day, you’ll find local Tel Avivians taking their dogs for a walk and playing sport along the banks of the Yarkon River. There’s also a peaceful side: as you go further east, it becomes less like a patch of green in the city and more like a national park, rich with eucalyptus, willow and palm trees. Some use this area to practice tai chi, yoga or simply meditate.

Undoubtedly the pulsating heartbeat of TLV, Carmel Market (Shuk HaCarmel) is about more than just food. It’s an old-world trade centre, where sellers sing, dance and shout to beckon you over to their stalls. Often thronging with people purchasing groceries, the market is also a great place to snap some photos of the city in full swing. Stretching from Allenby St down towards the seafront, many stalls will let you try nuts, fruit, olives, cheese, cake and even taste some beer for free. By the time you reach the end of the shuk, you’ll feel like you just had a meal! Running parallel to the Carmel Market is the quieter Nahalat Binyamin Crafts Market, open on Tuesdays and Fridays. Here, you can look at handmade ornaments, Judaica (items pertaining to Jewish life and customs) and paintings, as well as catch a few impromptu street performers.

Tel Aviv’s main promenade (Tayelet in Hebrew) is a long stretch of boardwalks that runs from the city of Bat Yam in the south to Tel Aviv’s Old Port in the north. Not surprisingly, this uninterrupted pavement, coupled with a coastal cycling path, is like a giant outdoor gymnasium. Tel Avivians love nothing more (except drinking coffee) than showing off their bodies and sporting prowess. If you’re feeling active, plug in some earphones, pump up the volume and join the joggers on the seafront for a power run. If that sounds like too much, then you can happily just take a casual stroll all the way down to Jaffa.

Trickling off Old Jaffa’s Kedumin Sq, the artists’ quarter is a quaint mess of narrow, cobbled alleyways. Lined with old Ottoman-era stone houses, these alleyways date back to a medieval Crusader fort, and each one is named after a different sign of the zodiac. Today these houses are home to local artists, many of whom have opened galleries and shops. Nearby, you can explore St Peter’s Monastery, a cream-coloured Franciscan church built in the 1890s, and the HaPisgah Gardens, a grassy knoll with a small amphitheatre that holds free concerts every Saturday night in July and August.

Head to the hip neighbourhood of Florentin, in the south of the city, on the hunt for some street art. Artists such as Klone and Know Hope (Israeli versions of Banksy) challenge and inspire with their artwork, often found on derelict buildings. There are a few paid tours, but it’s also easy enough to find some street art gems by yourself. Start in the centre of Florentin on Vital St and walk down to Arbarbanel St, where the old carpenter warehouses and garages have been spray painted with psychedelic murals. Other hubs include industrial areas such as Elifelet St and the Kiryat Hamelacha neighbourhood, home to Artspace, a nonprofit organisation supporting local artists.

Meeting every Saturday at 11am outside 46 Rothschild Boulevard, Tel Aviv’s official tourism office runs a free guided walking tour concentrating on the city’s Bauhaus heritage. Dubbed the ‘White City’, the thousands of 1930s Bauhaus-style buildings were declared a Unesco World Heritage site in 2003. Bauhaus, an enormously influential design school, characterised by horizontal lines and minimalist decor, was brought to British-Mandate Palestine by German-Jewish architects fleeing Nazi persecution. Superb examples of Bauhaus architecture can be found on Bialik St, including Bialik Museum and Beit Ha’ir (the old city hall), which cost to enter but can be admired from outside. Another free walking tour focuses on the Sarona Colony (the old German Templar neighbourhood) and starts at 11am every Friday from 11 Alluf Mandler St.

Lying between the Arab neighbourhood of Ajami and the sea, Midron Yaffo Park is a welcome patch of green hillside just south of Jaffa Port. Once a rubbish dump, it was transformed into a park by the municipality in 2010. Because of its elevation, it makes a great spot to sip a cold beer while the sun descends below the horizon, often creating purples and pinks as it disappears. At any time of the day or night, you’re likely to find local fishers trying their luck with the Mediterranean, just as in ancient times. It’s worth noting that Jaffa Port is also home to one of the city’s largest free car parks.

With a large native English-speaking community in town, Tel Aviv is home to a plethora of free open-mic nights where budding stand-up comedians try out their material. Popular venues for open-mics include the Mike’s Place on Monday nights, Malan 18 on Tuesday nights and Dancing Camel Brewery (varies). For something a little more serious, theatre group the Stage runs occasional free poetry and story slams at various venues around the city.

The iconic game of matkot – a simple paddle ball game of beach tennis – has become synonymous with Tel Aviv. On any given day, even in winter, you’ll find locals on the sand belting a tiny plastic ball with their wooden rackets. But really matkot is just another way for Tel Aviv’s beautiful boys and girls to bronze their bodies and play sport at the same time. Simply head to the beach and join a game. There appear to be no rules, except hitting the ball as hard as you can. On Gordon Beach, there’s also a free outdoor gym, beach volleyball courts and folk dancing on Saturday morning. All along the beach, Tel Aviv offers free wi-fi for those who prefer to surf online.

Aside from being the centre for antique shops and stalls, Jaffa’s Flea Market (Shuk HaPishpashim) is also home to a lively nightlife scene. Bars like Shaffa set tables and chairs on the paved street as live bands play. On Tuesday nights and weekends, the market becomes an impromptu stage for an eclectic range of live bands. Expect anything from Arabesque and klezmer (music of the Ashkenazi Jews) to alternative rock music played by talented local musicians. Afterwards, grab a tasty boureka (stuffed bread with sheep’s cheese) on Yefet St from Abu Lafia & Sons bakery (not free, but pretty cheap!)

Each year Tel Avivians dress up in the most outlandish outfits they can get their hands on for the festival of Purim, usually held in late February or March. This somewhat minor Jewish festival commemorates the biblical story of Esther set in ancient Persia, but in modern-day Tel Aviv, it’s been transformed into a huge week-long fancy dress party – the city’s answer to the Rio Carnival – where people dress up as anything from superheroes to fish, cowboys to nuns. Purim culminates in a free street party, in recent years held at Kikar HaMedina, where DJs blast tunes until sundown on a Friday evening. Also popular with families, there are Purim parades for children, with the biggest held in the suburb town of Holon.

Loud, proud and without a cloud in the sky, Tel Aviv Pride is the largest Pride festival in the region. Revellers come from all over the world to strut their stuff on the streets of Tel Aviv at this celebration of the LGBT+ community. Held in June each year, the heart of the festival is the street parade, which ends with a pulsating free beach party. But more than this, there are free events in the week leading up to the parade, including music nights in Jaffa and DJs on Hilton Beach, while everywhere in the city is decorated with rainbow flags.

Held on a warm summer evening every year, Opera in the Park is a gigantic free concert in Park HaYarkon. Something like an oversized picnic attended by nearly 100,000 people, residents gather on the hillside to enjoy some fine wine and food as the Israeli Opera gives a free performance of a classic opera. Even if opera’s not your thing, this concert is one of the city’s major annual events and a chance to experience Tel Aviv in a different, more laid-back mood.

7 of the best rooftop bars in Tel Aviv
Tasting Tel Aviv: the best places to eat in the city right now
Best things to do in Tel Aviv in winter 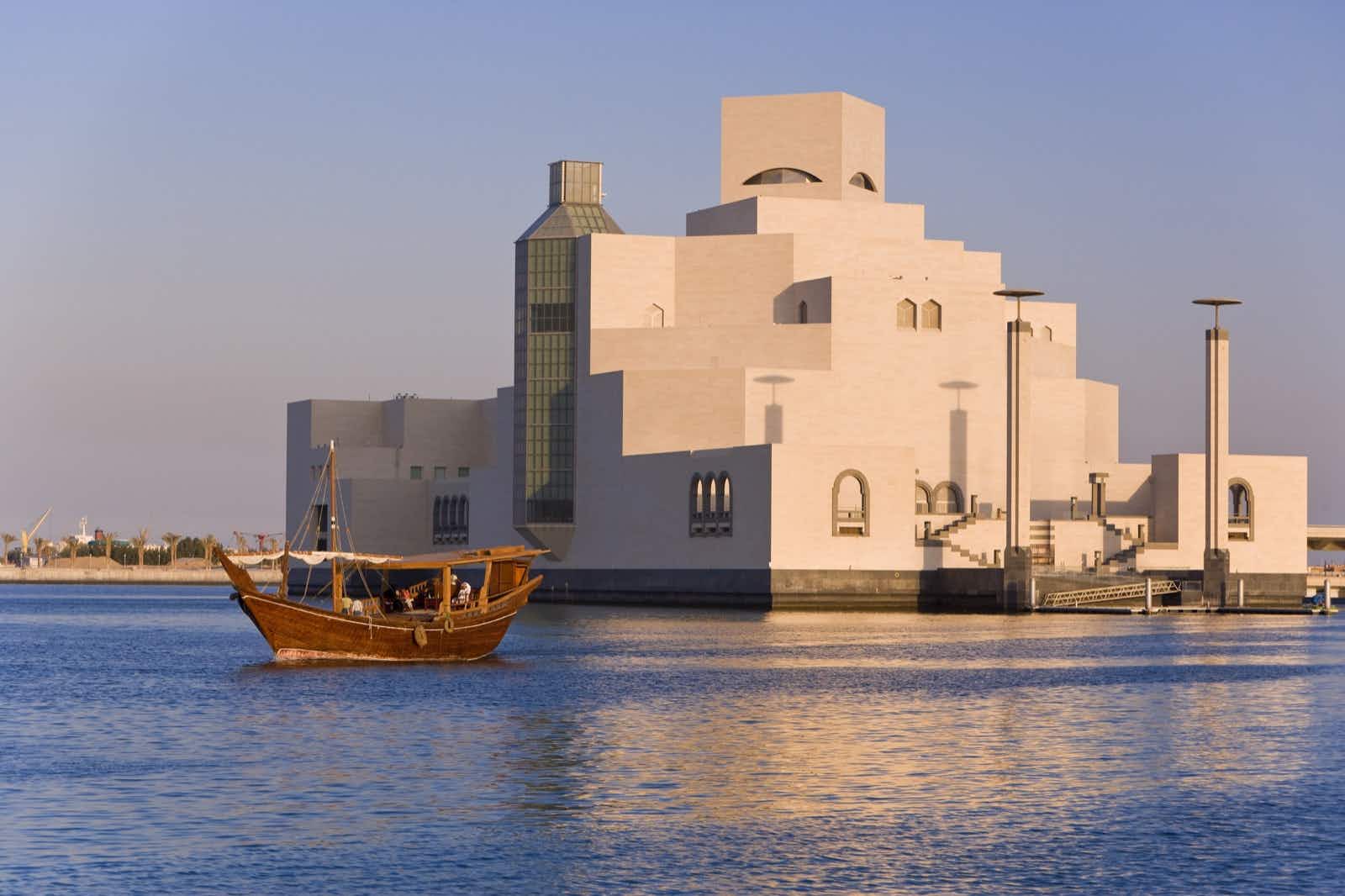 Where to see I.M. Pei architecture 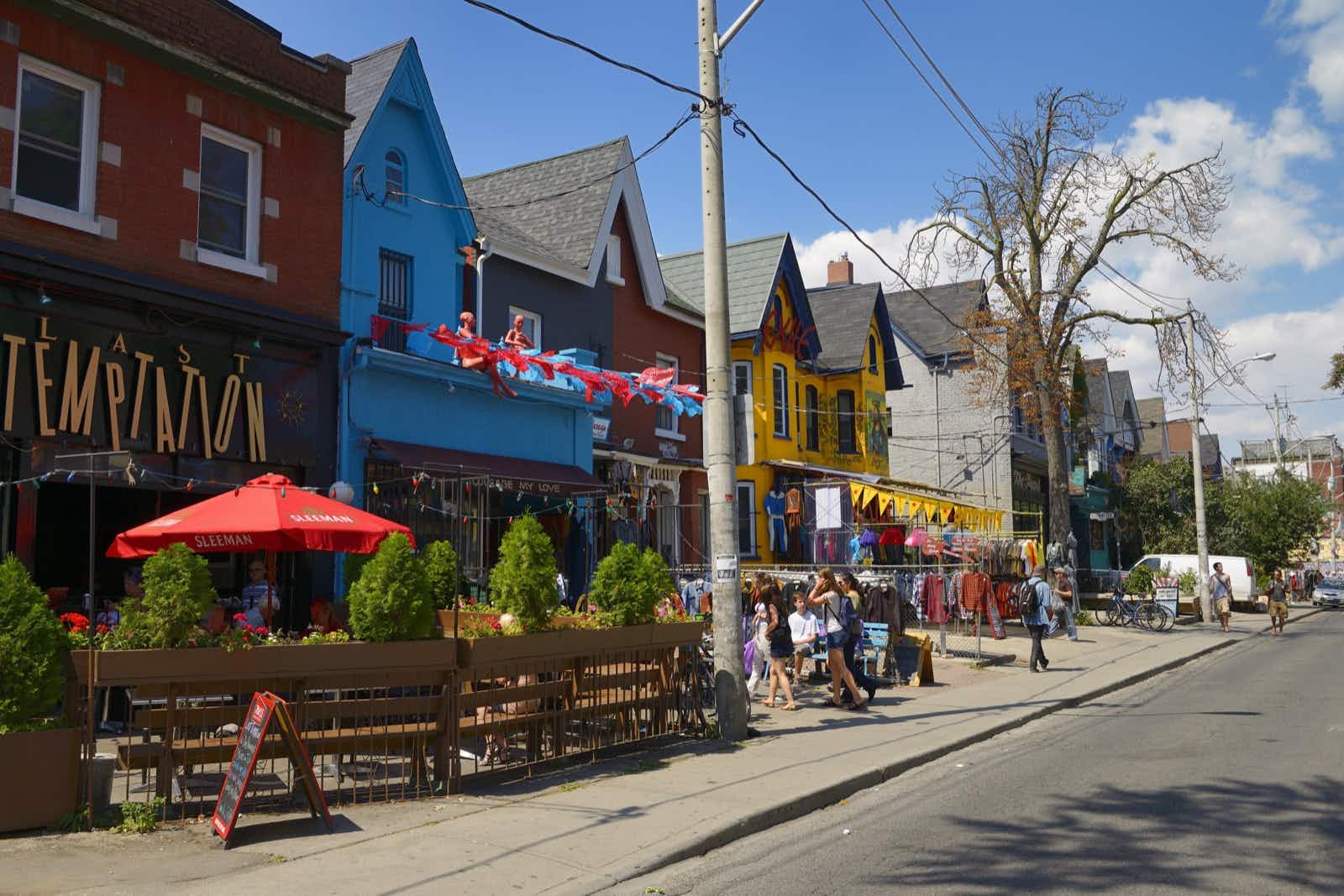