With its sparkling white beaches, crystalline water and venerable ancient sites, Greece lives up to all the hype. But how to approach this vast country with enough islands to suit everyone’s taste and antiquities dotting the landscape like a historical map of Western civilisation? To help you choose, here's our guide to top experiences in Greece for first-time visitors.

Most first-time visitors will arrive and depart through Athens. An absolute must, of course, is the Acropolis, with its iconic Parthenon and the demure robed maidens (Caryatids) supporting the roof of the Erechtheion temple alongside. The modern, vast Acropolis Museum sits just below, and protects the site’s artefacts while placing them in context. Any initiation to ancient Greece should also include the easy walk from the Acropolis down to the Ancient Agora – once the focal point of administrative, commercial, political and social activity, and the spot where Socrates expounded his philosophy. It’s also a snap to loop in other top sites, such as the Temple of Olympian Zeus – its colossal columns reminding us it was the largest temple in Greece – and the Panathenaic Stadium, still in use today. Roman sites include Hadrian’s Arch and the Roman Agora with its evocative Tower of the Winds.

An easy add-on to the walk around ancient Athens is a browse through the bric-a-brac in the daily Monastiraki Flea Market. Shoulder-to-shoulder shops and kiosks hawk a riot of souvenirs, clothes, leather goods, jewellery and burnished antiques. Head to one of the squares buried in the midst of the market, Plateia Avyssinias. It’s perfect for a quick break at bistro-like Café Avissinia, which is tucked amid heaps of restored furniture and fascinating baubles and has Acropolis views from its top floors. Nearby Plaka offers a warren of historic streets jammed with souvenir shops.

When in Greece, make like the Greeks and have a long, lazy, lingering and chat-filled kafedaki. In the cafes of Athens (try barista champions The Underdog) and the central squares of towns throughout the islands and countryside, sitting for a coffee and a long round of people-watching and gossip is a pastime not to be missed. Order a Greek coffee, either sketo (plain), metrio (with some sugar) or glyko (super-sweet), and watch the world go by.

Ravishing Santorini lives up to the postcard-perfect photos you’ve seen, perhaps calling you to Greece in the first place. Beauty and fame have a price: Santorini is jammed with visitors in high season. But the rest of the year it’s more peaceful, and it’s easier to get an unobstructed view of the striated ochre cliffs cradling the caldera. Find a spot on one of the multihued volcanic beaches (black, red, white!) or grab a seat for one of its glorious sunsets, ideally in the little town of Oia, the white frosting on the tip of the island.

Mykonos is the land of glitz, glam and 24-hour parties. Whether bronzing at one of the chic beach clubs such as aptly named Paradise and Super Paradise, promenading through the maze-like streets of Mykonos Town (Hora) dressed to the nines, or dancing the night away at places like open-air Cavo Paradiso, come ready to party, and bring a bankroll to match. Ironically, one of Greece’s most treasured ancient sites, Delos, sits on a small island offshore. The mythical birthplace of twins Apollo and Artemis (two of the most important ancient Greek gods), Ancient Delos is a shrine turned sacred treasury and commercial centre. A little dose of serious history to leaven the non-stop romp on Mykonos.

Island hopping in the Cyclades

The super-famous islands draw visitors from far and wide every year, but it’s well worth adding at least one other island to the mix… pick one that takes your fancy. Or better yet, island-hop around the Cyclades for a classic adventure! Each island has its own character, and a visit to places like the wonderful, volcanic Milos, precious, princess-like Sifnos, raw, countrified Serifos or fertile, mountainous Naxos (to name just a few) adds enormous breadth to a first-time trip.

If time is short, and you don’t have the luxury of extended island hopping, head straight from Athens to tiny Hydra in the Saronics. Hydra is a delight that awaits just an hour and a half from the main port of Piraeus. Its picturesque horseshoe-shaped harbour town with gracious stone mansions stacked up the rocky hillsides is known as a retreat for artists, writers and celebrities. There are no motorised vehicles (apart from sanitation trucks), leading to unspoilt trails along the coast and into the mountains.

Throughout the year festivals dot the Greek calendar. Ubiquitous Saints Days occur year-round from small village to big city. Carnival (also known as Apokreas) is a time for dress-up and parades; Patras Carnival is the most well-known. The fabulous, suitably famous Greek Easter is a week-long springtime celebration. And the main summertime event is the Athens & Epidaurus Festival, when the exquisite ancient Theatre of Epidavros and Athens’ Odeon of Herodes Atticus (right by the Acropolis) are the headline venues of this cultural feast with a top line-up of local and international music, dance and theatre.

You haven’t lived the Greek life, and certainly not had a full summer experience, until you’ve partaken in the ‘long lunch’. Ideally, you’d have a table-full of friends and family, but even with a smaller group, while you’re in Greece be sure to head to a seafood taverna and dine al fresco. Sip endless afternoon ouzo accompanied by a continuous parade of mezedhes (small dishes): meatballs, zucchini balls, fresh fish, taramasalata (fish roe dip) and more. Lazy laughter with a continuous feast in the beauty of the Greek outdoors, ideally beachside… nothing compares. Top food islands are Lesvos (Mytilini), Corfu, Crete and Tinos

What would a trip to Greece be without some serious beach time? An embarrassment of riches, Greek beaches range from Santorini and Milos’ multihued volcanic rocks to Kefallonia and Lefkada’s broad, vast sweeps of soft sand or small white stones. The waters of Sifnos sparkle like rainbows. Paros is known for world-class kite surfing. Little Kythnos has a double-sided beach, arcing out into the sea. Greece is a land for beach connoisseurs – sample broadly, and form your own opinions.

Article first published in January 2015, and last update by Alexis Averbuck in December 2019 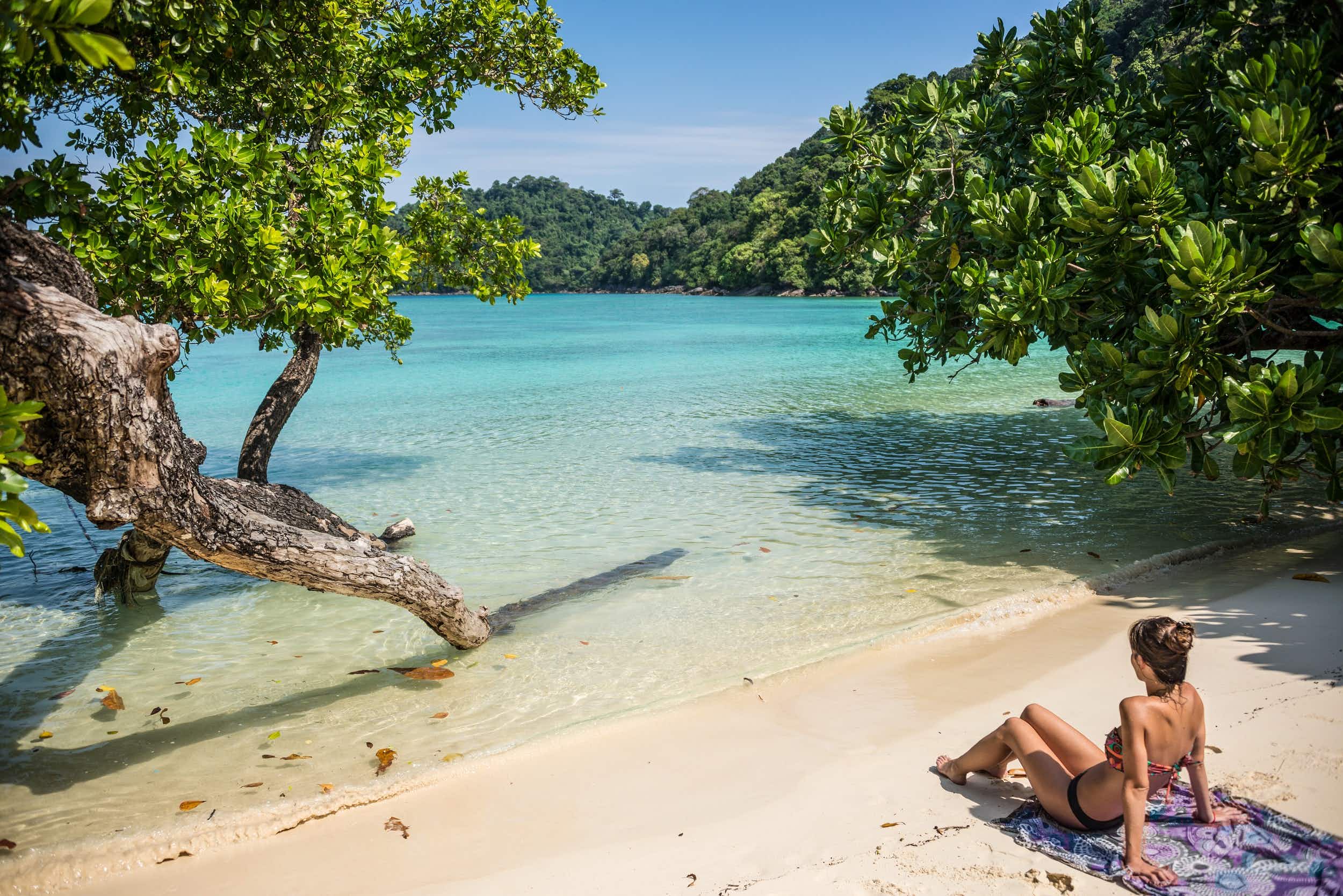 Where to go when: the best places to visit through… 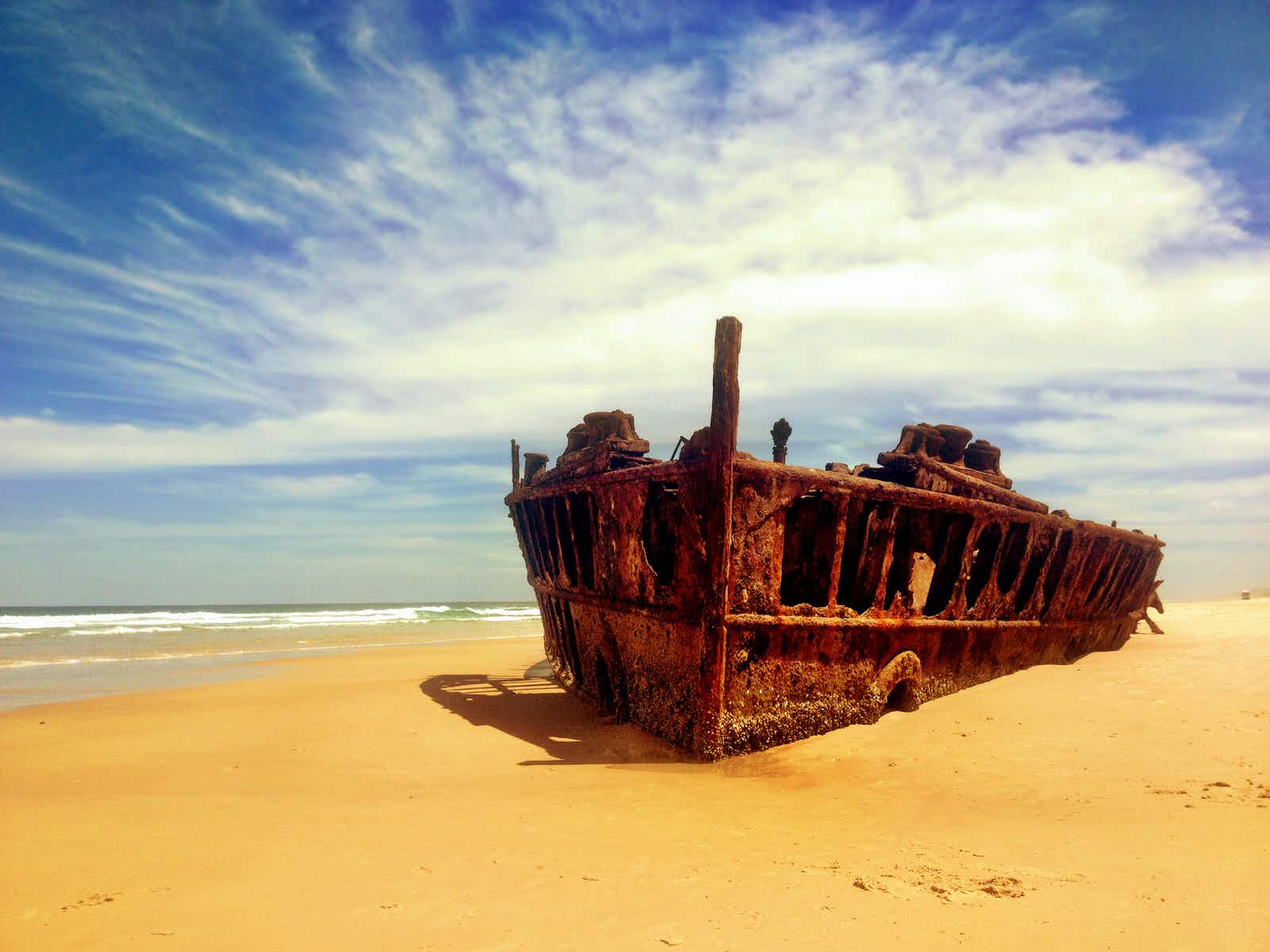