First time Dead Sea: top tips for your first visit to the lowest place on earth

The Dead Sea, the lowest place on earth at 434m below sea level, beckons visitors with healing mineral waters, air so rich in oxygen it protects you from sunburn, oases teeming with rare animals and world-class historical sites that (almost) bring the Roman Empire to life.

Get ready to take a soothing dip in water so saline it's slimy, spot wild ibexes at spring-fed oases and climb Masada, where ancient Jews made a dramatic last stand against the legions of Rome.

The highlight of a visit to the Dead Sea is the cobalt-blue lake itself, whose waters – shared by Israel and the Palestinian Territories on the western side and Jordan on the east – have a salt concentration of 34%, 10 times more than ocean water. Part of the Great Rift Valley, the lake is fed by the River Jordan, but it has no outlet.

On the Israeli shore, the best place to take a dip is Ein Bokek Beach, along the sea's turquoise-hued southern basin. Given a complete makeover a few years back, this wide public beach, sandy and spotless, has lifeguards and offers a variety of free amenities, including shade shelters, changing booths, open-air showers, toilets, a paved promenade and nighttime lighting.

Spending a few hours being pampered at a mineral spa makes a fine complement to a soothing dip.  The spas inside Ein Bokek's hotels offer freshwater swimming pools, saunas, mineral baths, and health and beauty treatments; most have day rates for non-guests. At some places, including Ein Gedi Spa, you can coat yourself with invigorating black mineral mud scooped from the floor of the Dead Sea.

In recent years, the land around the Dead Sea's northern basin has been plagued by sinkholes, created when fresh water dissolves underground salt deposits. Because they can open up without warning – and have been known to swallow unsuspecting passersby – only a handful of seashore sites are safe to visit. Within Israel, the only accessible beach along the northern basin – where the water level drops by about a metre a year – is at Ein Gedi Spa; its shuttle takes you down to the shoreline.

Paris' Arc de Triomphe was inspired by the monumental Arch of Titus in Rome, built to celebrate the victory of the Roman legions against a Jewish rebellion that engulfed Judaea in 66 CE and was definitively ended seven years later at the Dead Sea. Masada, a mesa overlooking the northern basin of the Dead Sea, served as a place of refuge for about a thousand Jews following the destruction of Jerusalem. As a Roman battering ram stood poised to breach the walls of their redoubt, ending a months-long siege, Masada's defenders famously chose suicide over enslavement.

The best place start a visit to Masada National Park, a Unesco World Heritage Site, is the Masada Museum, whose evocative artefacts offer a remarkably vivid introduction to the site's archaeology and history. The easiest way to get to the ruins is by cable car, which whisks you up 290 metres in three minutes flat, but the only way to experience a romantic sunrise on top is to hoof it up the aptly named Snake Path, which takes about an hour.

One of the region’s most enchanting desert oases, Ein Gedi Nature Reserve encompasses two spring-fed canyons, Wadi David and Wadi Arugot, that plunge from the Judean Desert to the shores of the Dead Sea. Short stream-side walks take you to year-round waterfalls and freshwater pools (swimming permitted) enveloped by lush vegetation. Animals you're likely to spot include the Nubian ibex and the boulder-dwelling hyrax (dassie). Nearby stand the ruins of an ancient synagogue, known for its outstanding, 5th-century mosaic floor.

About a dozen large luxury hotels can be found at Ein Bokek (four more are planned), arrayed along a lakefront strip. Outfitted with powerful air-conditioning, gorgeous swimming pools, state-of-the-art spas and buffet bonanzas, they don't come cheap, though online deals are sometimes available. The area's classiest inland hostelry is the lovely Ein Gedi Kibbutz Hotel, famed for its hillside views and verdant gardens.

If you don't mind staying away from the beach, hostel options just outside Ein Gedi Nature Reserve include the Ein Gedi Youth Hostel and the SPNI Field School, run by the Society for the Protection of Nature in Israel. The Masada Guest House, another hostel, is just a few hundred metres from Masada's eastern entrance. All of these places offer simple rooms and delicious, healthy Israeli-style breakfasts (vegetable salads, soft and hard cheeses, olives, yoghurt, fresh bread, jam); count on paying US$120 to US$140 for a double.

By far the cheapest way to overnight at the Dead Sea is to camp, which is permitted for no charge along two stretches of the Ein Bokek beachfront. A step up is Khan Ein Gedi, just outside Kibbutz Ein Gedi, which offers inexpensive accommodation in basic huts; bathrooms are shared.

Most overnight visitors to the Dead Sea take half-board at their hotels, so restaurants are in short supply. Even Ein Bokek has only a handful of proper eateries. According to some locals, the best of the bunch is Taj Mahal, which – despite its Indian-inspired name – serves Middle Eastern grilled meats, with nary a curry in sight. It's in a Bedouin-style tent (think rugs, pillows and low couches) outdoors, so there's no air-con. Ein Bokek's hotel zone also has a handful of cafes. Other options include a dairy restaurant at Kibbutz Ein Gedi and, for lunch, the food court at Masada's eastern entrance.

For self-caterers, the best place to stock up on picnic supplies is the Kolbo Grocery inside Kibbutz Ein Gedi. Along the Ein Bokek strip, several mini-markets sell a limited supply of edibles.

How to get around

If you're short on time, the major sites along the western shore of the Dead Sea can be visited on a day trip from Jerusalem or Tel Aviv. Getting around is easiest and most convenient if you have your own wheels, but good-value tours are available – among the best are those offered by Abraham Hostels.

It's also possible, though fiddly, to take public buses. Except on Friday evenings, Saturdays and Jewish holidays, about a dozen buses a day (numbers 444 and 486), run by Egged, link Jerusalem's central bus station with the Dead Sea. If you catch the first bus of the day (usually at 7am), it's possible to take a short hike at Ein Gedi Nature Reserve, bus it to Masada and then swim at Ein Bokek before hopping on an evening bus back to Jerusalem.

- Don't shave anywhere for a day or two before you get to the Dead Sea – the minerals in the water will make every scratch sting.
- Do not wear jewellery – almost everything except 24-carat gold will instantly tarnish (though it can be cleaned).
- Wear flip-flops to protect your feet from the scorching sand (and, in some places, sharp stones).
- Do not splash or dunk your head – if water gets in your eyes, they will sting ferociously.
- Drink lots of fresh water – the Dead Sea's dry heat (up to 47°C) can quickly suck you dry of precious bodily fluids.
- Make sure westerly winds don't blow you out to sea, towards Jordan. 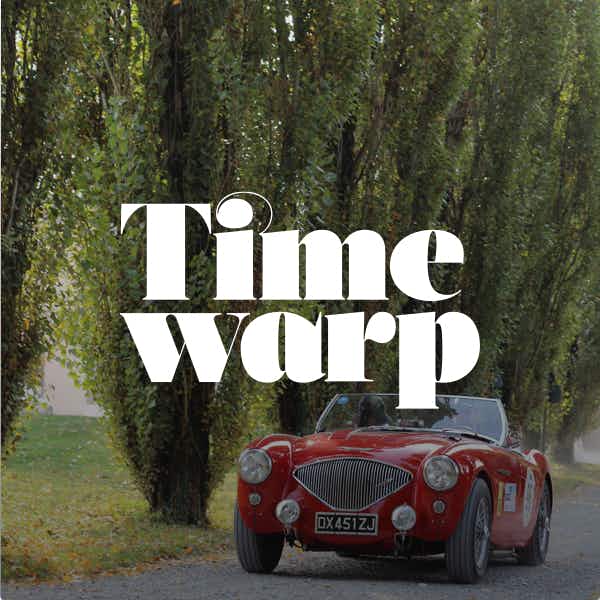 This running route through Aix and Arles puts you in…