You’ve taken a spin on the London Eye, explored the Tower of London and made funny faces at the Queen’s Guards. Been there, done that? Well, not quite. There’s more to London than its iconic landmarks. Whether you’ve lived here all your life or are just visiting, these five walking tours, which take in Charlie Chaplin, Daniel Craig, petticoats and wombats, offer a surprising and unique perspective on the city.

Photography and street art in Shoreditch

From Technicolor murals to 'found object' sculptures, you can discover London’s richest cache of street art and learn to capture it with your camera on a tour of Shoreditch, with a professional photographer as your guide.

This half-day 'Streetscape' walk is one of several photography programmes offered by Buenos Aires-based Foto Ruta (foto-ruta.co.uk; it's Spanish for 'photo route'). Featured destinations range from London Bridge to Camden, Brixton and Soho, but Shoreditch holds a gritty appeal.

Here graffiti artists have transformed brick walls and barricades into an ever-evolving canvas, and the residents are as diverse as the murals. Turn a corner, and you might spy a tattooed man with a topknot, a woman in a flowing black abaya, or a girl wielding cans of spray paint, hard at work on her next masterpiece. The brick-making and textile factories that once lined the streets have given way to galleries, bars and vintage shops, as well as Brick Lane’s curry restaurants, as Shoreditch has evolved into London's main hipster enclave.

Your tour leader might assign you exercises as you stroll, to develop your photographer’s eye and your patience. Pause for five minutes on one street corner, snapping passers-by as you soak in the scene; shoot from a different angle, such as down on your knees; or look for interesting reflections, whether in a rain puddle or a shop window.

Fact and fiction in Chelsea

If you’ve ever suspected that some tours leaven the truth with a dose of prevarication, then you’ll love London Liars’ Tours (londonstreettours.co.uk), which actually encourage punters to deduce which stories are fact and which are big fat fibs.

At each stop, clients are asked to read two versions of a tale. If you guess which is real, you collect a token, which might earn you a prize at the end. If you're wrong, you’ll have to perform a mildly embarrassing forfeit, which could range from a Monty Python-style silly walk to singing the Village People’s 'YMCA'.

The 'Kings’ Road Cons' tour of Chelsea touches on everything from wombats to dog wee-related damage to the Albert Bridge. You’ll also have to decide whether Sloane Square was named for a saint, or the man who introduced hot chocolate to England. Sometimes, truth is even more outlandish than fiction.

Music and celebrities in Camden

'Unseen Tours' aren’t just about the area you visit; they’re about who’s giving them. Guides are either homeless or formerly homeless, offering extraordinary insight into the hidden lives of a community that most people know little about.

Mike, whose tour (sockmobevents.org.uk) focuses on the legendary musicians and celebrities associated with Camden and Primrose Hill, became homeless during the last recession after losing his job as a facilities manager and incurring unforeseen medical bills. He’ll show you not only where Daniel Craig lives, but also where he himself finally landed in a flat of his own just across the street (in a building shared with a former Bond villain, coincidentally), with the help of a local charity.

Mike, who uses only his first name, has also managed various musical acts, and he knows all their hangouts. You’ll find out where Amy Winehouse honed her skills as a pool shark, which pubs are frequented by the likes of Kate Moss and Robert Plant, and the best places to see a secret gig or catch musicians like Jack White and Keith Richards chewing a late-night kebab.

As for Mike, he admits he’s still 'way below the poverty line'. But considering how far he’s come, he says, 'I’m just thankful every day'.

Death and debauchery around Covent Garden

A street performer in Covent Garden. Image by Anthony Kelly / CC BY 2.0

Hauntings, hangings, a two-headed boy and a touch of the plague. Those are just a few grizzly highlights of Insider London’s 'Death and Debauchery' tour (hinsider-london.co.uk) in and around Covent Garden.

Kicking off behind Tottenham Court Road tube station with a tale of drowning in 'a tsunami of beer' (there are worse ways to go), the tour continues in an area once known as The Rookery, one of the most notorious slums of the 18th and 19th centuries. You’ll visit the site of a former leper hospital and a bucolic square where criminals were once hung, drawn and quartered, discover how the plague first arrived in London, hear about a cadre of spectres at the Theatre Royal, Drury Lane, and learn about the medical oddities housed at the Hunterian Museum.

One of the most diverting accounts is that of Jack Sheppard, a thief elevated to the status of anti-hero for his improbable escapes from jail, including the time he dressed as a woman. Then there’s the story of Samuel Derrick, credited with compiling catalogues of Covent Garden’s prostitutes in the mid-to-late 18th century. 'It listed their name, age, specialties and very intimate descriptions,' explains guide Michelle Buckley, who thoughtfully wraps up an entertaining two hours at one of London’s loveliest gin palaces.

When American author Jack London approached a British travel agency about visiting the East End at the turn of the 19th century, their advice to him was 'consult the police'. Coppers, after all, knew the area around Whitechapel better than anyone except perhaps the pimps, prostitutes, thieves and the desperately poor who scraped by on some of the meanest streets in London.

Their plight was documented by Charles Booth, a Victorian philanthropist who colour-coded maps of London according to income levels. Today, you can walk in Booth’s footsteps with Sean Patterson’s tour, 'The Near East: Charles Booth’s Whitechapel' (charlesboothwalks.com ).

The RADA trained actor brings historic Whitechapel alive with quotes from Booth and other chroniclers of the era, including London and Israel Zangwill, who penned The Children of the Ghetto, about the lives of the Jewish community. Laced with intriguing anecdotes, ranging from how Petticoat Lane lost its name (possibly due to prudish Victorians’ aversion to naming a street after ladies’ underwear) to Charlie Chaplin’s music-hall appearance in 'Eight Lancashire Lads Clog Dancing', it’s a thinking man’s tour of the obscure. 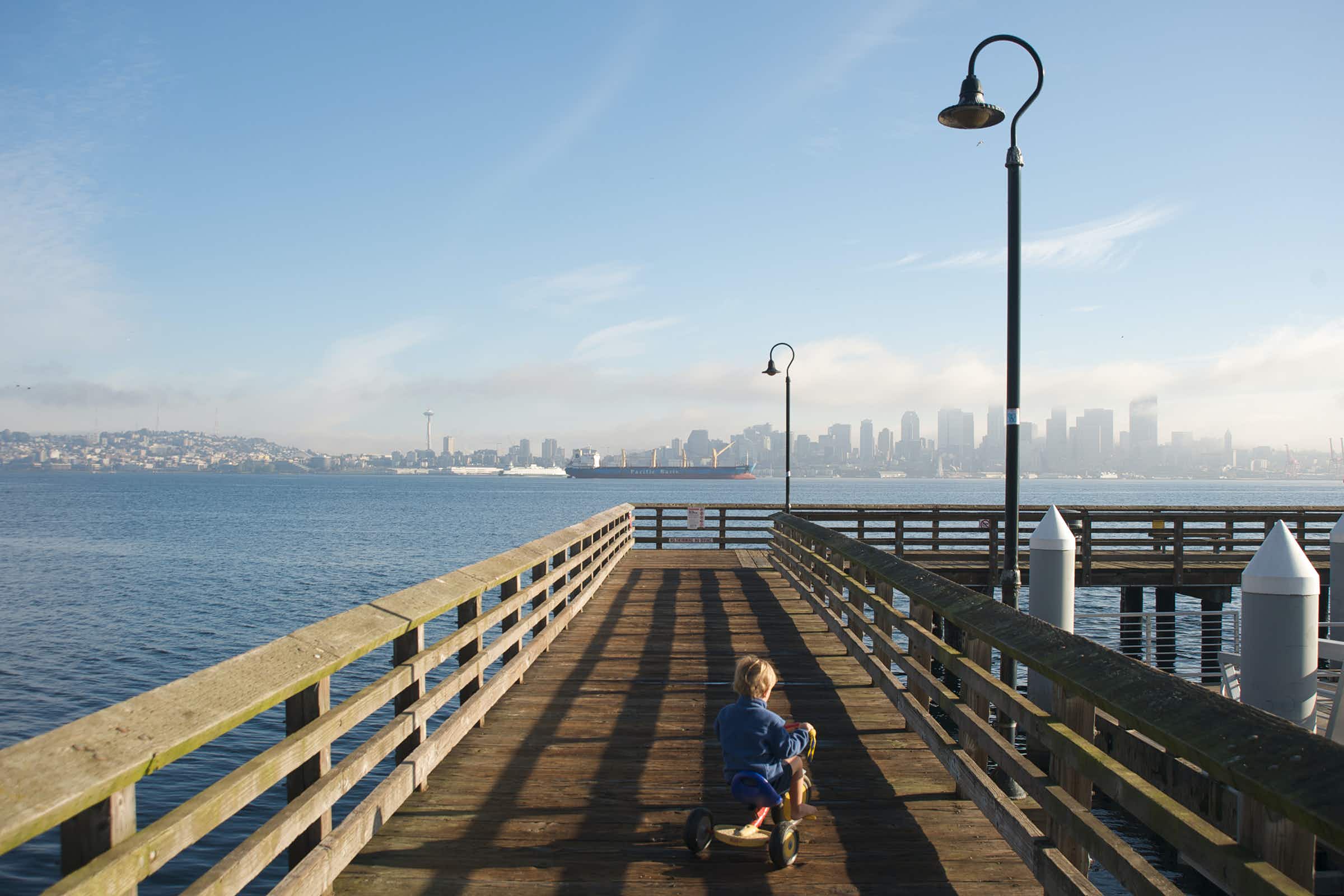 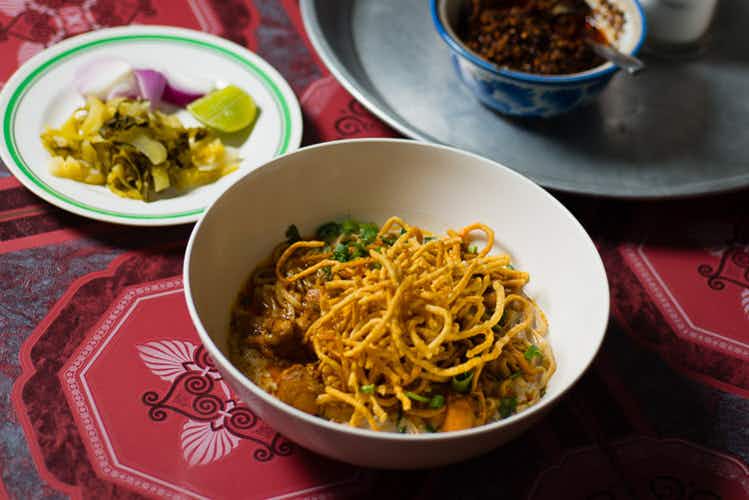