Serbia is not a quiet place. People here are gleefully loud, rambunctious and given to expressing themselves through gesticulations which make the Italians look like wallflowers. The country’s cuisine is equally boisterous, a riotous fusion of Turkish, Hungarian and Mediterranean influences that zing the palate, fill the stomach and linger on the hips.

After light and healthy? California’s thatta way. Get your belly rumbling, Balkan-style, with this menu of criminally caloric tastebud-teasers. Prijatno (bon appetite)!

In Serbia, paprika means the red fruit itself, rather than the spice commonly associated with Hungarian food. And it is to Serbs what the apple is to Americans: a ubiquitous symbol of home and hearth. Paprika appears on every Serbian menu in many guises: raw (šopska salata, a popular summer salad with tomato, cucumber and cheese), chargrilled (pečena paprika), pickled (kisela paprika, literally ‘sour paprika’), stuffed (punjena paprika), mashed (urnebes, a creamy, spicy spread which translates literally as ‘pandemonium’), or as a relish (ajvar, also known as ‘Serbian vegetarian caviar’). Ironically, paprikaš (aka the Serbian goulash) is one of the rare dishes usually made without the paprika fruit.

If you’re visiting a Serbian home and suddenly feel as if you’ve been Maced, fret not: your hosts are probably just roasting paprika.

Serbs do creamy and fattening exceptionally well, and most meals aren’t complete without at least one blob of white stuff quivering on the plate. Kajmak, made by mildly fermenting skimmed heavy cream (it’s vaguely comparable to clotted cream), is a taste that, once acquired, will nag at your tastebuds for years to come; Serbs of the diaspora have been known to go to great lengths to smuggle it back to their new homelands. Often stored in animal skins, kajmak is spectacular with grilled meats, smeared on fresh bread, or shovelled into your mouth by the ladleful. Jogurt is drinking yoghurt (never, ever of the fruity variety) and swilled by the vat-load with savoury pastries; it’s not to be confused with kiselo mleko, which is the scoop-and-eat kind of yoghurt (the best is made from sheep’s milk) best enjoyed with a pile of ćevapi. The ubiquitous pavlaka is a heavy sour cream; the higher in fat the better.

If you have a few thousand euros to spare (or are mates with Novak Djoković, who allegedly bought up the world’s supply of the stuff), try pule, made from the milk of Serbian donkeys: it’s reportedly the world’s most expensive cheese.

Like half the cultures on the planet, the Serbs seem pretty convinced that they invented the barbecue. While that honour probably goes to the Taino of the Caribbean, roštilj is an integral and superbly scrumptious part of the national cuisine: you’ll rarely find a table that doesn’t groan with steaming mounds of grilled meats. The spicy, Turkish-influenced pljeskavica (minced-pork-and-beef burger patty) and ćevapi (finger-sized skinless sausages) are found absolutely everywhere, from fancy restaurants to hole-in-the-wall takeaways; stuffed in fresh bread rolls and liberally doused in everything from urnebes to tartare sauce, they’re the Serbian equivalent of a kebab on the way home from the pub. Also popular is Karadjordjeva šnicla, a pork or veal steak loaded with kajmak, crumbed, fried and topped with tartare sauce: it’s winkingly referred to as ‘the maiden’s dream’ because of its phallic appearance. Grill-gluttons will want to ride the Leskovački voz (Leskovac train): named in honour of Serbia’s meatiest metropolis (Leskovac hosts the annual Roštiljijada – Barbecue Week – attracting more than 700,000 carnivores), the ‘train’ is a series of barbecued meat courses which just keep coming until you beg them to stop or your trousers explode.

They’ll make you toot like a Balkan brass band, but to truly eat like a Serb, you can’t go past cabbage (kupus) and beans (pasulj). There’s enough of these essential ingredients grown in Serbia to feed an army, which they regularly do: vojnički pasulj (meaning ‘soldiers’ beans’), simmered on a stovetop with smoked pork, is a staple of the Serbian military diet. Prebranac is the Serbian take on baked beans, only fatter and porkier. Though meat- or animal-fat-free bean dishes are uncommon, vegetarians can get their lips ’round some legumes by asking for the post (Lent) menu at restaurants.

Kiseli kupus (pickled cabbage) is akin to sauerkraut and found on every table during winter; it also gets a star turn in the popular podvarak, a baked dish which also includes onion and pork fat, and sarma, sour cabbage leaves wrapped around minced pork and rice. Svadbarski kupus (meaning ‘wedding cabbage’) is a hearty concoction of cabbage and smoked pork cooked for hours in a huge clay pot; as the name suggests, it’s savoured on special occasions. Perhaps in an attempt to reduce air pollution in Serbia, beans and cabbage rarely appear together in recipes.

Berries are frequently added to Serbian desserts. Image by Ivana Sokolović / CC BY 2.0

Desserts are where cultures really collide in Serbia; it’s possible to get a grasp on a region’s history simply by scanning a sweets menu. Up north in Vojvodina, the Austro-Hungarian Empire may be long gone, but its sweet stodge lingers on in belly-thumping treats such as knedle sa šljivama (plum dumplings), rezanci sa makom (sweet noodles with poppy seeds), štrudla (strudel, usually made with apple, cherry or walnut) and šnenokle (meringue clouds bobbing atop milky custard). Down south, where the Turks ruled the roost for 500 years, honey-dripping tooth-achers are the go, with favourites including baklave (nut-filled pastry soaked in syrup), tulumbe (finger-shaped lumps of fried batter soaked in syrup) and urmašice (golden biscuits… soaked in syrup).

No matter where you go in Serbia, you’ll always find palačinke (thin pancakes, often eaten with Nutella or crushed biscuits) and the skull-jarringly cloying slatko (literally ‘sweet’), fruit cooked into a honey-like consistency and spooned into guests’ mouths as a means of ‘sweetening’ their visit. Thankfully, dentistry in Serbia is cheap.

Kuvano vino (mulled wine) is a popular drink in winter. Image by Ivana Sokolović / CC BY 2.0

The spirit of Serbia

Rakija (rah-ki-ya) is the national drink of Serbia. This distilled spirit is made most commonly from plums (šljivovica) or grapes (lozovača), but Serbs have been known to make rakija out of anything: ‘fancy’ flavours include quince (dunja), apricot (kajsija) and pear (kruška), though you may encounter walnut (orahovača), herbs (stomaklija) or the outrageously sinful medovača, made with honey.

Rakija is a type of brandy, but don’t be fooled: this is not your grandpa’s cheeky little nightcap. The name originates from an Arabic word for ‘sweat’, which you will do – in addition to falling down and speaking in tongues – if you drink enough of it. And ‘enough’ means one shot.

Dinner in a traditional Skadarlija restaurant, Belgrade. Image by Rowan Z / CC BY 2.0

Give it a go

Traditional Serbian restaurants abound throughout the country: it’s rare to find a place that doesn’t serve at least some of the dishes on this list. In Belgrade, head to the bohemian quarter Skadarlija and choose from any of the whimsical eateries there, or make your way out to Dačo, done up like a Yugoslavian babushka’s house, with a menu to match. In Serbia’s second city, Novi Sad, try Restoran Lipa, which should know a thing or two about old-school eats: it’s been going strong since 1880. Otherwise, for a truly authentic Serbian dining experience, try your luck almost anywhere with ‘kafana’ (Serbian take on the taverna) in its name.

The very best rakija in Serbia is invariably made by your friend’s uncle, and comes in an old plastic bottle. Or simply give it a go at the Rakija Bar in Belgrade. 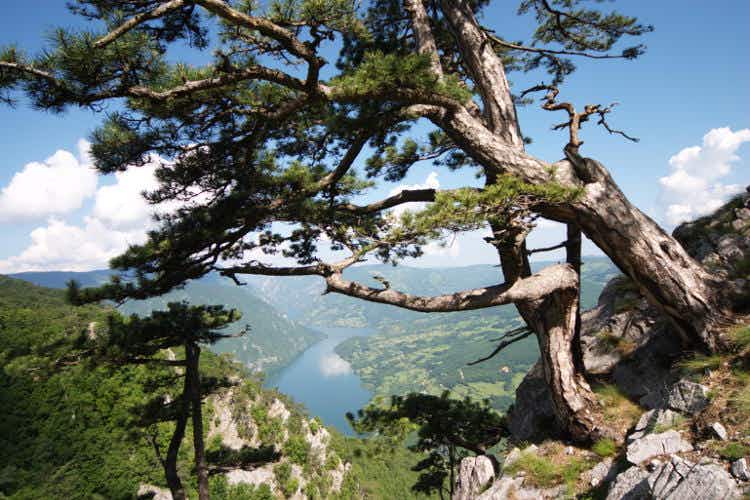 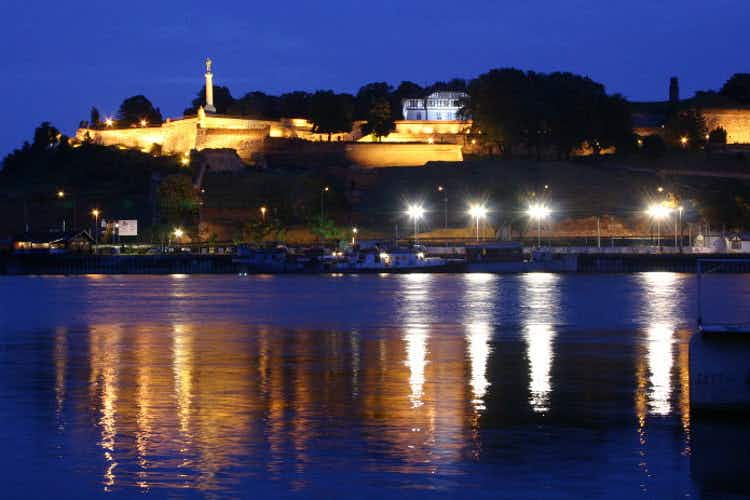 Belgrade bacchanal: a night out in Serbia’s capital