Beyond the Big Five: insider tips from a safari guide

One minute the zebra is giving itself a dust bath, enjoying a newfound freedom from parasites, and the next minute, 'Boom! A lioness pounces out of nowhere and kills it.'

Sean Savage saw this when he was 14, and other scenes like it when he was growing up in South Africa. His family lived in Johannesburg and spent most of their holidays camping in remote parts of Kruger National Park some 400km east. 'If my mom saw a baby elephant, the trip was made,' he recalls.

From this early start, Savage was hooked on South Africa's vast range of animals. He eventually got a job as a field guide and now works at Ulusaba, a luxury resort in the Sabi Sand game reserve immediately west of Kruger. For a man who is endlessly fascinated by nature, you could say he has a dream job: prowling a corner of Africa legendary for its wildlife, looking for things that go bump in the day and night (and roar, and shriek, and pounce, and trumpet…).

Each year he helps hundreds of visitors live out their African fantasies on safari tours, and he has plenty of thoughts and recommendations for those embarking on a wildlife adventure. 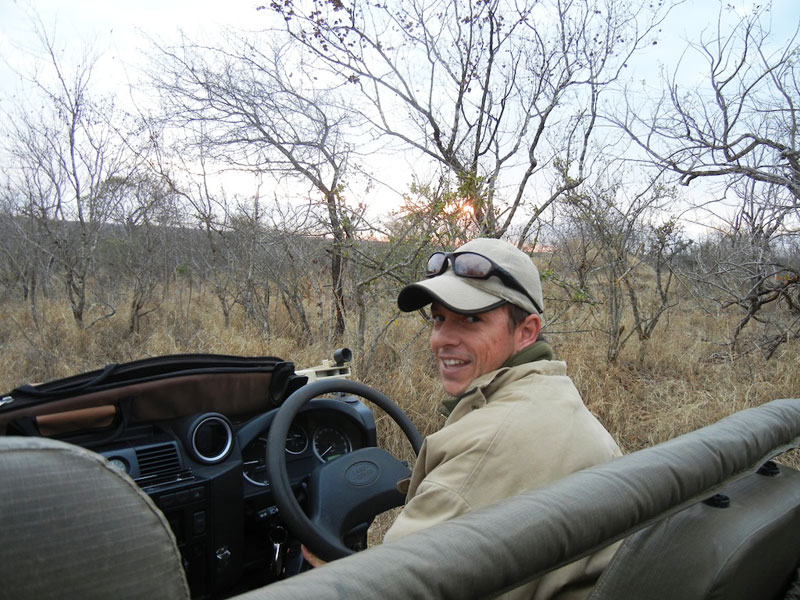 'We all love seeing the big animals,' says Savage, referring to the clichéd 'Big Five', a self-aggrandizing phrase coined by white hunters decades ago for the animals considered the most dangerous to hunt on foot (the lion, leopard, rhino, elephant and cape buffalo). It's a phrase repeated endlessly in marketing materials and safari hype and all guides work hard to ensure that checklist-wielding clients get to see them.

"Guests say, 'Don't you get tired of seeing the same animals' and I say 'no' as there is something new to see every day. There's a lioness with cubs that's unusually approachable here now. I go by every morning and night just to see how she cares for them. I've seen a lot of lions but I'm learning something new each time."

In fact when we talk, Savage is still very excited by something he saw that morning. 'Two leopards were up close with each other. From my experience, that should end up like a Mike Tyson fight as they are very solitary animals. But these two were walking along side by side. We know they avoid fighting as it can lead to injuries and death. But we thought they avoided fighting by avoiding each other, we didn't know they could get so close and not go at it.' 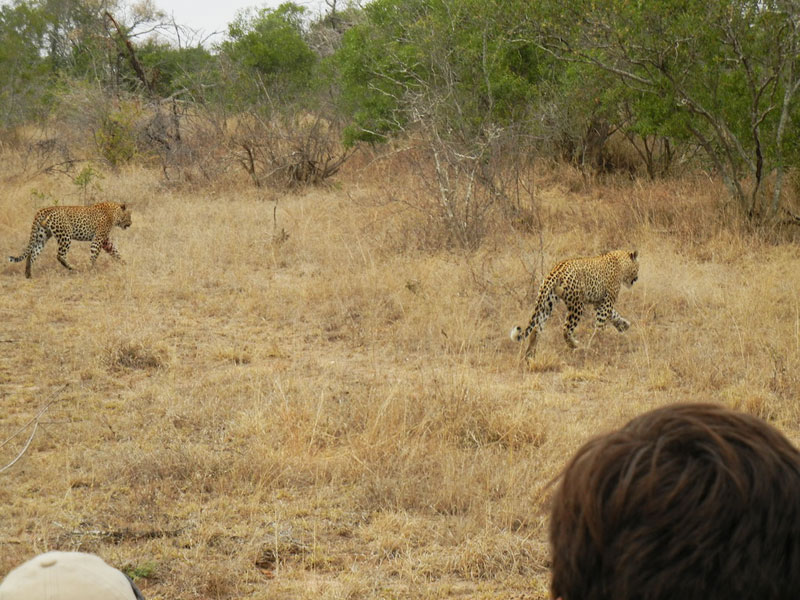 Two leopards side by side

Beyond the Big Five

'I tell my guests to be open-minded when you come on safari,' says Savage. 'The things that will really excite me are seeing the rare animals like a honey badger (a slinky weasel-like critter). Yes it's small and probably not on a lot of checklists, but it has a fascinating life (it raids bee hives and emits a stink through an anal pouch that seems to tranquilize the bees) and it is hard to spot. I try to communicate this to my guests, who I hope can see my excitement – although it's sort of obvious as I get to jumping around!'

Other rare treats for Savage include the serval (which looks like a very large house cat that's gone bad) and the caracal. 'It's similar to a lynx but has these distinctive hairy black ears and stays well under cover. It took me 20 years to see my first one.'

'People watch TV and expect to see lions killing a buffalo around every corner. Some people expect to see a highlight reel. Others are obsessed with seeing a kill. Some groups can be very passive, they just sit quietly. We definitely get energy from the guests so if we can get them excited by what we're seeing - no matter what - then it feeds back to us.

'For us nothing is better than an enthusiastic group. Some outings will last only two hours but if people are really engaged, we'll go four or more hours. We'll go to some of the least visited parts of the reserve and just see what we find, even if we don't end up ticking any checkboxes.'

No questions are too goofy in Savage's view. 'I get asked if giraffes hunt in packs,' he says with a smile. And there are the guests that surprise. 'One fellow asked me why elephants always curve their trunk around to the right when they put things in their mouth. I'd never thought of that and the other guides and I are now trying to figure it out. It's an excellent question.'

As for the occasional complainers, Savage says "I just say, 'It is special to be here in the bush, the animals, if we see them, are a bonus. What would you be doing now at home?'"

There is one animal that Savage still dreams of seeing. 'The pangolin is a very shy, very scaly little type of anteater. They spend all their time in the ant hills and if they come out, it is only at night. One of my colleagues saw one just four days ago, the previous sighting around here was four years ago.