The best BBQ joints in the United States 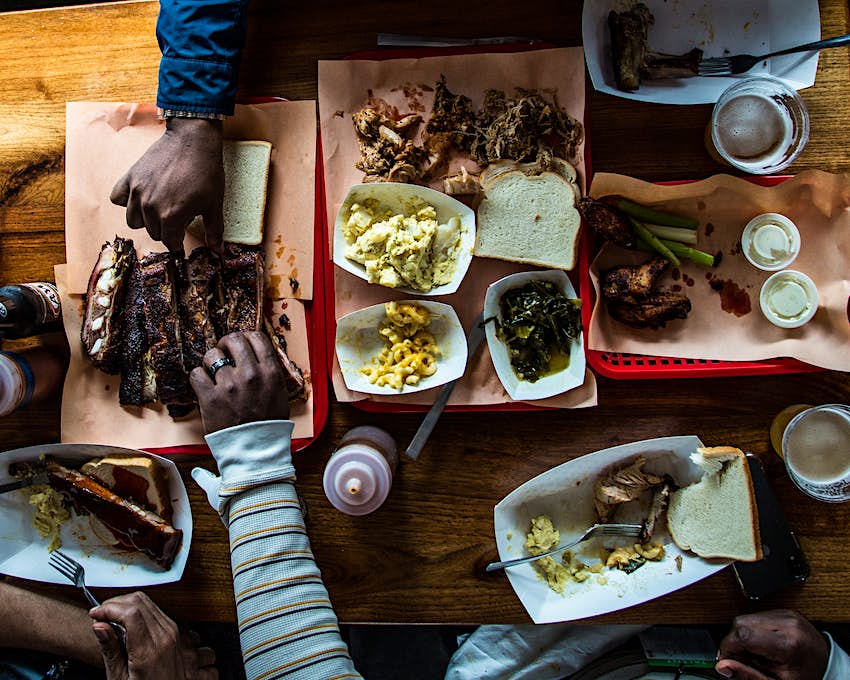 Barbecue is perhaps the ultimate American food, with regional styles as diverse as the country itself, from the smoked brisket of Central Texas and the sticky ribs of Memphis to Kansas City’s burnt ends and the vinegar- and mustard-sauced pork of the Carolinas. But there’s more to the iconic cuisine than meets the eye.

“Barbecue is a form of cultural power and is intensely political, with a culture of rules like no other American culinary tradition: sauce or no sauce; which kind of sauce; chopped or not chopped; whole animal or just ribs or shoulders,” food historian Michael W. Twitty writes for the Guardian. “And, if America is about people creating new worlds based on rebellion against oppression and slavery, then barbecue is the ideal dish: it was made by enslaved Africans with inspiration and contributions from Native Americans struggling to maintain their independence.”

Whether you're road-tripping this summer or mail-ordering treats for a virtual vacation, these are the barbecue joints – from small mom-and-pop shops, slick spots slinging fusion fare, and everything in between – making their mark on the scene today.

A fire shut down an Atlanta outpost of pitmaster Bryan Furman’s much-praised barbecue joint, but things are still going strong at B’s Cracklin' Barbeque in Savannah, the city where the James Beard Award nominee first set up shop back in 2014. In a nod to his South Carolina roots and Georgia-based operation, the mustard-based sauce that complements his heritage-breed pork ribs is peach-infused – a thoughtful touch that takes his ‘cue to the next level.

In North Alabama, and at Big Bob Gibson’s in particular, the barbecue pork shoulder tends to be cooked low and slow, over hickory, until the poor pig gives up the ghost. But it’s the chicken – spatchcocked, grilled, and “baptized,” as the grandson of the restaurant’s namesake puts it, with the white barbecue sauce Gibson himself invented back in the 1920s – that steals the spotlight here. In the intervening years, that white sauce has become standard across the region, but there’s nothing like the original.

Ribs are the name of the game in Memphis, and Cozy Corner BBQ’s – dry rubbed and slow-smoked over charcoal – are some of the best in town. The third-generation family-run joint also earns raves for its bologna sandwich and uber-popular Cornish hen, a testament to the all-around quality instilled by co-founder and pitmaster Desiree Robinson – the first African-American woman inducted into the Barbecue Hall of Fame.

Launched by co-owners Aaron and Stacy Franklin as a roadside trailer in 2009, Austin’s buzziest barbecue joint had humble beginnings, but when former president Barack Obama stopped by for a $300 meal, it took things to a whole ‘nother level. The line here forms early, and the top-notch brisket regularly sells out by mid-afternoon.

Pitmaster and former football player Greg Gatlin helms the family-owned and -run Gatlin’s, which sprung onto Houston’s craft barbecue scene 10 years ago. Given that it’s Texas, the brisket is reliably excellent, though the tender dry-rubbed ribs and smoked wings are also a highlight, as are the Cajun-style dirty rice and the bologna sandwich, gussied-up with a fried egg and Texas toast.

Steve and Gerri Grady have been slow-smoking whole hogs over hickory and oak in Eastern North Carolina since 1977, and you might say it's in their blood – his grandfather was a pitmaster, and the recipes for the sides originated with their maternal ancestors. On July 4th, the beloved institution celebrated its 34th anniversary, and it hasn’t missed a step, with pulled pork sandwiches still inspiring road trips from near and far.

Other Atlanta barbecue joints get more hype, but Heirloom Market’s Korean-inflected fare stands out from the crowd. Chef Jiyeon Lee was a K-pop sensation in a former life, and the one-time teen star and her husband, Cody Taylor, marry her Korean flavors with his Southern favorites, gochujang-marinated pulled pork, kimchi-topped tacos, and miso-dosed collards sharing the menu with traditional regional standbys.

Barbecue restaurants don’t tend to be safe havens for non-meat-eaters, but Portland’s Homegrown Smoker gives vegans a taste of the magic. The menu offers plant-based takes on traditional comfort food, from “buff thwings” and smoked soy curls to tempeh ribs and "macnocheese."

New York City has been a barbecue boomtown for the past decade or so, and the best of the new crop is located in Red Hook, Brooklyn. It’s not the most convenient location, but since Hometown opened in 2013, the crowds have swarmed for pitmaster Billy Durney’s fusion-heavy ‘cue – think Caribbean jerk ribs, lamb-belly banh mi, and a righteous pastrami sandwich, not to mention the most delectable brisket this side of Texas.

From early ‘90s competitions to a trio of restaurants in Kansas City, Jeff and Joy Stehney have had a real journey. First opened in a working gas station in 1996, their Joe’s Kansas City Bar-B-Que serves up brisket, burnt ends, and sandwiches – like the Z-Man, stacked with meat and cheese and topped with onion rings – that’ve developed a loyal following.

Dating to the early 1910s, the Beard-winning Jones Bar-B-Q Diner is thought to be one of the nation’s oldest barbecue restaurants – and the longest-running Black-owned business in the country, period. Decisions are easy here: There’s no menu, just chopped pork that pitmaster James Jones smokes over oak and hickory and serves, by the pound or on Wonder Bread, from 7 am until he runs out.

A hole-in-the-wall, founded in 1986, that slings some stellar beef and pork burnt ends, LC’s Bar-B-Q is also known for its smoked wings, thick-cut fries, and overstuffed sandwiches, which arrive drenched in sauce unless you ask for them dry. The meat here has a distinctive crust – according to Feast Magazine, the result of owner L.C. Richardson’s practice of saucing the meat beforehand and basting it while it cooks.

Barbecue snobs often turn up their noses at chicken, and indeed, more people probably think of Kalua pig, wrapped in ti or banana leaves and cooked underground, when Hawaiian barbecue comes to mind. But that’s likely because they’re not familiar with huli huli chicken. Roasted rotisserie-style over kiawe wood and seasoned with sea salt, the rendition at Mike’s Huli Kitchen on O'ahu gives the oft-maligned fowl a well-deserved makeover.

Kentucky is known for its mutton, and Moonlite Bar-B-Q Inn in Owensboro goes through more than 10,000 pounds of the gamey, fatty, meat per week, dousing it with vinegar-based dip and hickory-smoking it for hours. Founded in 1949 and under the current family’s management since 1963, the restaurant has waved everyone from Al Gore to Emmylou Harris through its storied doors.

A specialty of the southeastern US, whole-hog barbecue – slow-cooked over wood coals and mopped with a vinegar-based sauce – requires precision born of experience, and lucky for Charleston diners, pitmaster Rodney Scott has been honing his craft since he was a kid. He opened his own place in 2017 and a second in 2019, turning his pulled pork into an instant classic.

It may not have the nationwide name recognition of Texas’s more famous joints, but for those in the know, Snow’s BBQ can’t be beat. Octogenarian legend Tootsie Tomanetz has been helming the fires since 2003, churning out the chicken, brisket, and pork steak that earned the restaurant top honors from Texas Monthly’s readers and editors alike.

ZZQ Texas Craft Barbeque comes courtesy of coupled-up pitmasters Chris Fultz and Alex Graf, architects by trade who stumbled onto the Richmond scene when the former – a Texas expat – set out to produce brisket to meet his Lone Star State standards. Seven years on, Virginians are flocking for cowboy steaks, pork-belly breakfast tacos, smoked-seitan sandwiches, and yes, the brisket that started it all.

Ultimate eats: the world's top 10 food experiences
9 of the weirdest beers around the globe
These iconic LA eateries are serving the best comfort food Best national parks in the US for outdoor photography this… 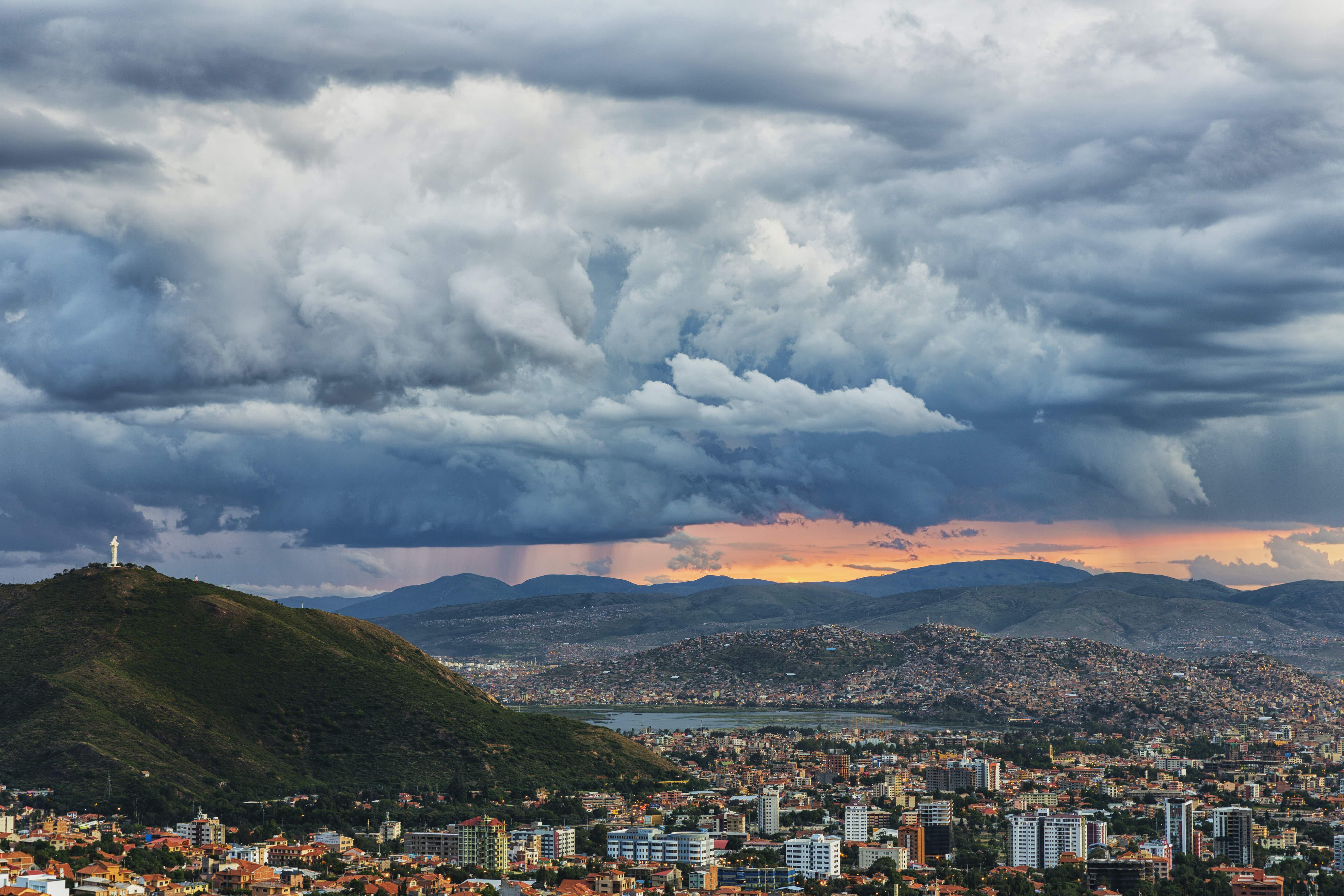