Seven reasons why now is the time to return to Tunisia

As the mercury soars and the beach resorts fill up along the coasts of the Mediterranean, there’s one place where you can still stake out your own patch of shoreline far from the crowds, wander through Roman ruins all by yourself and visit the sands of the Sahara and the sands of the beach in the same day.

Tunisia is hungry for visitors. North Africa’s smallest country is often overshadowed by its looming neighbours and its own recent history. The country's tourism industry was shattered in 2015 by a set of terrorist attacks, after already limping along in the wake of the 2011 Arab Spring revolutions. Following a security overhaul, the UK’s Foreign and Commonwealth Office relaxed its advice on visiting Tunisia in July 2017 and again this June.

Lonely Planet returned to Tunisia for the first time in nearly a decade to update all of our information about the country, and we were astounded by what we found. Tunisia lies in plain sight while still being off the radar for most travellers, and here’s why we think the time is right to go back.

Tunisia’s original drawcard for travellers is still one of its most compelling, and most visitors happily flop down somewhere along the country’s thousand-kilometre Mediterranean coastline for weeks on end. The country is so blessed with sand that vast swathes of it are frequented more often by local fishermen and goat shepherds than beach towels, especially the wild beaches around Cap Bon. Though Cap Bon and Tunisia's east coast are prime resort territory, that doesn't mean endless exclusive resort-only sunbeds and parasols have taken over, as they have in some places on the other side of the Med. Beyond the final wall of Hammamet’s most southerly accommodation enclave, a beautiful stretch of wild beach extends to the horizon, open and free to all.

Tunisia's capital is much calmer than its North African counterparts, and even the entreaties heard above the din in the tightly squeezed alleyways of Tunis' Unesco-listed medina feel less like hassle and more like genuine offers. The medina's bold doors in blues, yellows and greens open onto hidden mansions and restaurants decked out in lavish tiles. Tunis is also home to one of the world's most impressive museums, the Bardo, which houses thousands of Roman-era mosaics and other treasures found on archaeological sites throughout the country. Further north some remnants of history have been left in situ for inspection at the imposing settlement of Carthage. Take the train a few stops more to cliff-top village of Sidi Bou Saïd, the Maghreb's answer to Santorini and one of Tunisia's most Instagram-worthy spots. Its distinct blue and white palette and narrow meandering cobbled streets have made it a favourite haunt for artists past and present.

To the ancient Romans, modern-day Tunisia was Africa: that’s the name they gave to this little outcrop jutting into the Med. Roman Africa was the breadbasket of the empire, shipping olives and grains across the sea and profiting handsomely from the proceeds. Staggeringly complete ruins of rich ancient cities are dotted across the whole landscape, from the enchanting theatre embedded into the hill at Dougga, with unbeatable views from the nosebleed seats, to the nearly intact temples dedicated to the Roman gods at Sufetula and the imposing amphitheatre at El Jem, pipped in size only by the Colosseum in Rome at the beating heart of the empire. Tunisia’s Roman ruins are on par (or dare we say better?) than what’s in Italy, and they can be visited for a fraction of the price and with a fraction of the tourists.

Go on set with Star Wars in Tunisia’s Saharan south

Tunisia’s stark desert landscapes look like they’re on another planet, but as it turns out, a galaxy far, far away is closer to home than you might have realised. Filmmaker George Lucas didn’t change much in the deserts of southern Tunisia when he used it as the set for the original Star Wars. Tatooine, home of the Skywalkers, took its name wholesale from the Tunisian town of Tataouine, and the cloaks with pointed hoods donned by many of the characters are essentially traditional Berber djellabas. You can stay even stay in Luke’s childhood home at Hotel Sidi Driss in Matmata. Four of the Star Wars films were partially shot in Tunisia, and some constructed sets are still in place but have been left to the elements: the almost 20 domed buildings at Mos Espa are the best preserved and still wonderfully intact. Pack your lightsaber.

In a small amount of space, Tunisia packs a big cultural punch. Kairouan is considered one of Islam’s holiest cities, just a few steps behind Mecca and Jerusalem, and colourful rugs blanket every inch of floor space in the 9th-century Great Mosque, which has columns salvaged from ancient Roman and Byzantine towns. The island of Djerba is one of the last, but also one of the oldest, enclaves of Jews in North Africa. The astonishing El Ghriba synagogue is the focal point for the annual Lag B'Omer pilgrimage held every May, when thousands of Jews from across the Maghreb and beyond commemorate the death of a rabbi with prayer, song and dance. Berber culture can still be discovered in Tunisia’s heartland as well as in the Sahara. Particularly fascinating are central Tunisia’s ‘abandoned’ Berber villages, all set on imposing hilltops and mostly left to the elements after families moved down into the flat plains for easier road and farmland access. Some enterprising residents are trying to breathe life back into these deserted settlements, especially in Takrouna, where you can expand your horizons over a sundowner of orange-blossom-tinted Turkish coffee at the Le Rocher Bleu cafe.

Tunisia has played a starring role in Mediterranean history, usually as the ground for other people’s battles. Around 1100 BC, the mighty Phoenician empire set up its base at Carthage, where some of the ruins are still visible; the city eventually fell after a series of devastating wars. The Romans declared victory and made haste in setting up beautiful cities, including Sufetula and Uthina, and remote outposts at its known frontiers of Africa, such as Ammaedara. Despite later reconstruction by the Byzantines and defacing by the Vandals, much of their work has survived. The Arabs invaded in the 7th century, and indigenous Berber tribes wrested it back a few centuries later. Layers of more recent history are ever present too, from immaculate decor of Turkish Ottoman palace rooms that are now part of the Bardo Museum in Tunis to still-visible bullet holes in the Berber dwellings of Takrouna, where troops from New Zealand made a final stand against the Nazis in World War II. Protests in the dusty town of Sidi Bou Zid kick-started the Arab Spring that consumed the entire region, today remembered in a simple graffitied monument of a fruit seller’s cart near the town’s main square.

Tunisia is often hailed as the Arab Spring’s only success story, and while some would challenge that argument, one indisputable victory is the number of traditional guesthouses that have opened across the country. Dars, similar to riads in Morocco, have just a handful of wonderfully characterful rooms that are decorated with traditional textiles, colourful geometric tiles and vibrantly painted wooden screens, usually centred around the house’s courtyard. Meaning 'house' in Arabic, dars are most often found in a town’s medina, such as Dar 24, the wonderfully restored 18th-century house in the twisting arteries at Tunis’ core, and chic Dar Antonia, complete with library and rooftop terrace, in Sousse. Others offer an insider’s taste of the countryside and small-town life: middle-of-nowhere Dar El Henchir, in a whitewashed French colonial farmhouse, will get you physically and mentally away from it all, while Dar Boumakhlouf in Le Kef is one of the only places travellers can try scrumptious regional dishes that are completely absent from local restaurants.

Is Tunisia safe to visit?

The FCO has been satisfied enough with the improvement of Tunisia's security to have eased its advice on visiting the country twice in the last 12 months. After the 2015 terrorist attack at a beach resort in Sousse, security has been ramped up in hotels all along the coast, with police patrols along the shore, as well as boot and under-car inspections every time you pass through the resort gates. Not all parts of Tunisia are considered safe to visit, including along the southern border with Libya and around Jebel Chaambi National Park in the west, so it's imperative to check your government's advice before you go. 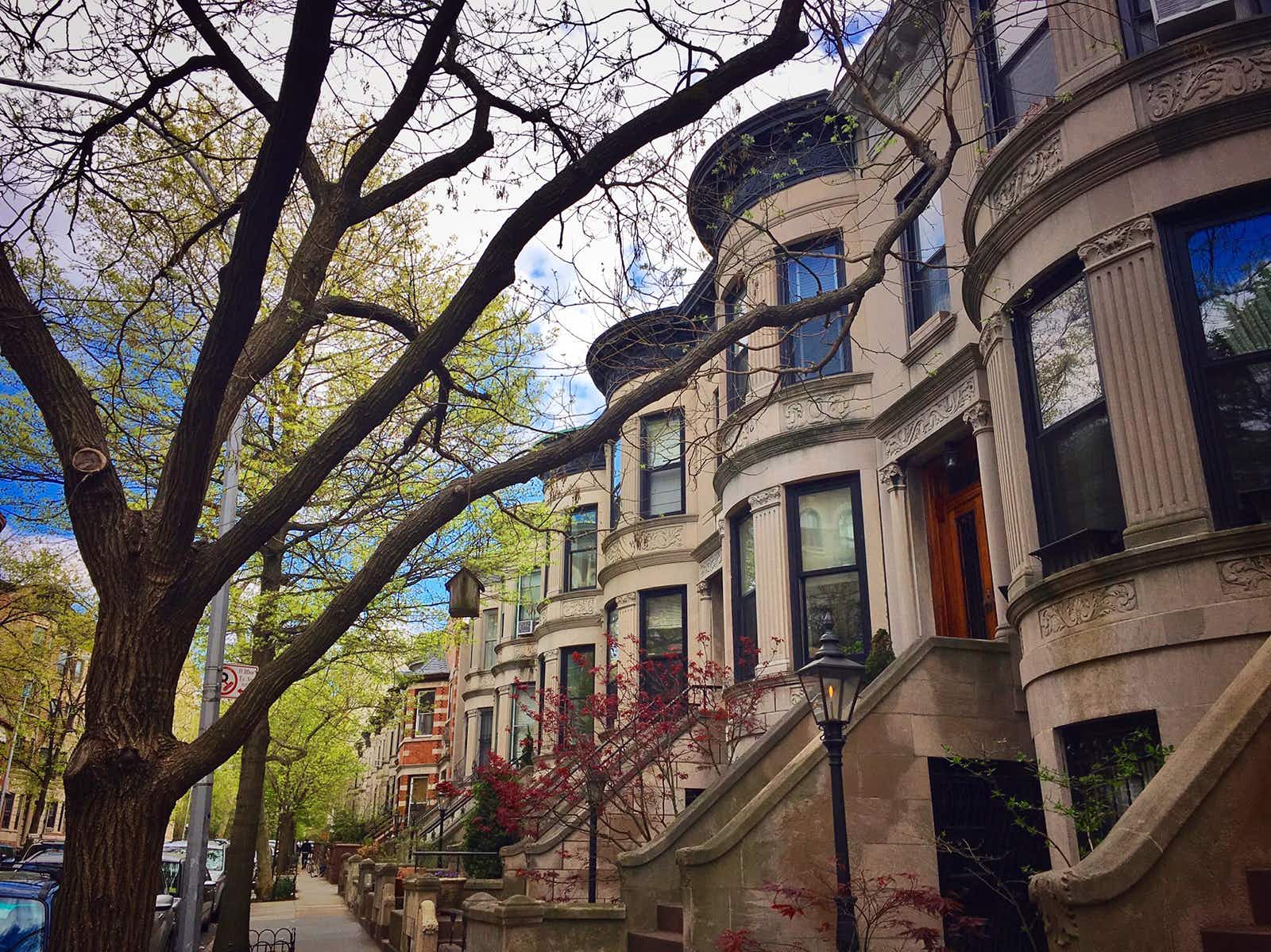 Oh, the places you’ll go in San Diego with your…