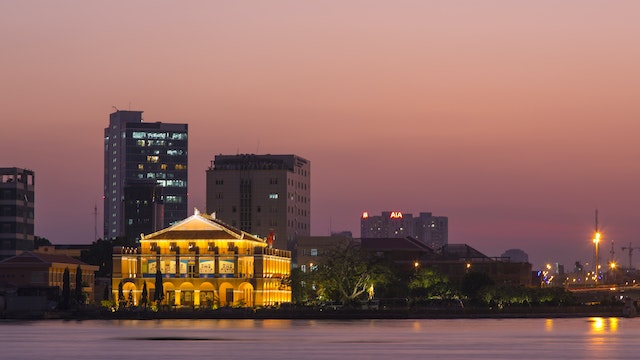 Nicknamed the ‘Dragon House’ (Nha Rong), this former customs house was built by the French authorities in 1863. The museum houses many of Ho Chi Minh’s personal effects, including some of his clothing, his sandals and spectacles. Information is available in English. It's on the waterfront, just across Ben Nghe Channel from District 1; reach it on foot by heading south along the Saigon River then over the bridge.

Otherwise, it covers the story of the man born Nguyen Tat Thanh – from his childhood to his political awakening, his role in booting out the French and leading North Vietnam, and his death in 1969 – mainly through photographs.

The link between Ho Chi Minh and the museum building is tenuous: 21-year-old Ho, having signed on as a stoker and galley boy on a French freighter, left Vietnam from here in 1911 and began 30 years of exile in France, the Soviet Union, the UK, China and elsewhere.