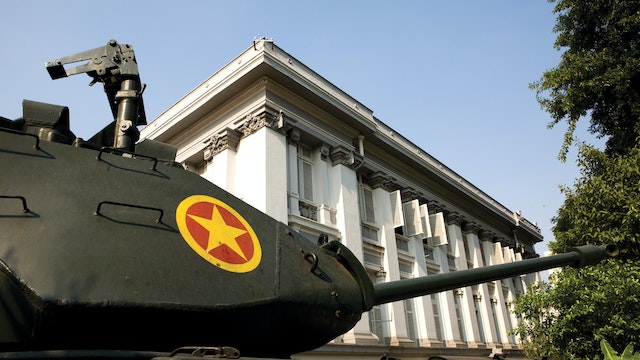 A grand neoclassical structure built in 1885 and once known as Gia Long Palace (and later the Revolutionary Museum), HCMC’s city museum is a singularly beautiful and impressive building, telling the story of the city through archaeological artefacts, ceramics, old city maps and displays on the marriage traditions of its various ethnicities. The struggle for independence is extensively covered, with most of the upper floor devoted to it.

Deep beneath the building is a network of reinforced concrete bunkers and fortified corridors. The system, branches of which stretch all the way to Reunification Palace, included living areas, a kitchen and a large meeting hall. In 1963 President Diem and his brother hid here before fleeing to Cha Tam Church. The network is not open to the public because most of the tunnels are flooded.

In the gardens are various pieces of military hardware, including the American-built F-5E jet used by a renegade South Vietnamese pilot to bomb the Presidential Palace (now Reunification Palace) on 8 April 1975.