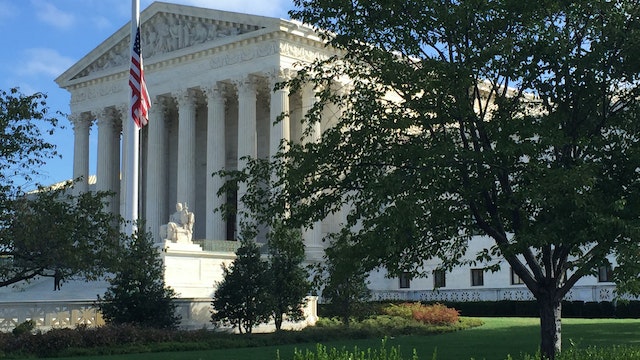 The highest court in the USA occupies a pseudo-Greek temple protected by 13,000lb bronze doors. Arrive early to watch arguments (periodic Monday through Wednesday from October to April). You can visit the permanent exhibits and the building’s two five-story, marble-and-bronze spiral staircases year-round. On days when court is not in session you can also hear lectures (every hour on the half-hour beginning 9:30am) in the courtroom. Be sure to exit via the doors that lead to the regal front steps.

If you wish to attend arguments, lines form out front by the court steps starting at 8am. There are usually two queues: one for people who wish to sit through the entire argument, and another for people who want to observe the court in session for three minutes. Seating for the first argument begins at 9:30am; seating for the three-minute line begins at 10am. A checkroom is available for coats, and bring quarters to use for lockers; you're not allowed to take anything into the courtroom.

When the building was erected in 1935, some justices felt it was too large and didn’t properly reflect the subdued influence of the nine justices within. The neoclassical design was meant to evoke a Greek temple. The seated figures in front of the building represent the female Contemplation of Justice and the male Guardian of Law; panels on the front doors depict the history of jurisprudence. The interior grand corridor and Great Hall are no less impressive. Downstairs is an exhibit on the history of the court. Friezes within the courtroom also depict legal history and heroes.