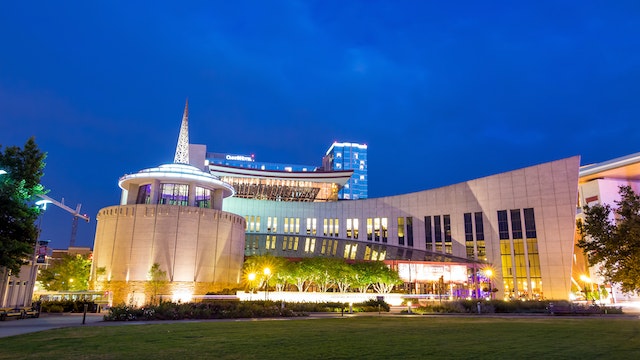 This monumental museum, reflecting the near-biblical importance of country music to Nashville's soul, is a must-see whether you're a country music fan or not. Gaze at Carl Perkins' blue suede shoes, Elvis' gold Cadillac (actually white) and gold piano (actually gold), and Hank Williams’ Western-cut suit with musical note appliqués.

Just a few blocks away from the honky-tonks that line Broadway, the museum is the perfect place to start a tour of Nashville's musical past and present.

Tickets for adults start at $26. Packages that include both visits to the museum and RCA Studio B run $46.

Plan on spending around two hours to visit the museum.

Where to eat nearby

For quick bites, the museum has an on-site cafe called the Red Onion. We recommend heading over to the nearby Assembly Hall at Fifth and Broadway for a thorough selection of Nashville's top restaurants, including Prince's Hot Chicken, Desano Pizza or The Pharmacy.