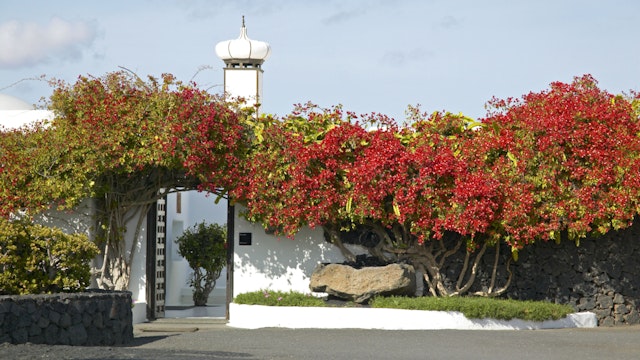 Beyond the lava bubbles, there’s an entire gallery devoted to Manrique plus a tiny garden cafe next to a vibrant 1992 mural. Minor works by some of Manrique's contemporaries, including Picasso, Chillida, Miró, Sempere and Tàpies, are also on show. From Sala 10, through the large picture window you'll see a striking modern building semi-submerged into the lava field and topped by a series of cupolas; formerly owned by a wealthy architect from Tenerife, it was bought by the foundation in early 2011, but remains closed to the public.

The Fundación is 200m west of the roundabout at the southern end of town; Tahíche is 5km north of Arrecife. Buses 7, 9 and 10 (€1.40, 15 minutes), among others, stop here between Arrecife and Teguise.