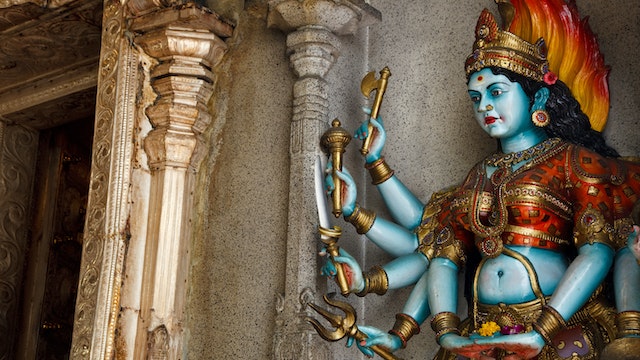 Little India's most colourful, visually stunning temple is dedicated to the ferocious goddess Kali, depicted wearing a garland of skulls, ripping out the insides of her victims, and sharing more tranquil family moments with her sons Ganesh and Murugan. The bloodthirsty consort of Shiva has always been popular in Bengal, the birthplace of the labourers who built the structure in 1881. The temple is at its most evocative during each of the four daily puja (prayer) sessions.