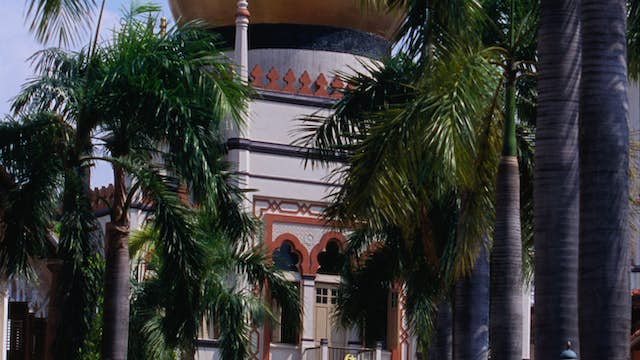 Seemingly pulled from the pages of the Arabian Nights, Singapore's largest mosque is nothing short of enchanting, designed in the Saracenic style and topped by a golden dome. It was originally built in 1825 with the aid of a grant from Raffles and the East India Company, after Raffles' treaty with the sultan of Singapore allowed the Malay leader to retain sovereignty over the area. In 1928 the original mosque was replaced by the present building, designed by an Irish architect.

Non-Muslims are asked to refrain from entering the prayer hall at any time, and all visitors are expected to be dressed suitably (cloaks are available at the entrance). Entry is via Gate 5 and 6, facing Bussorah Street.