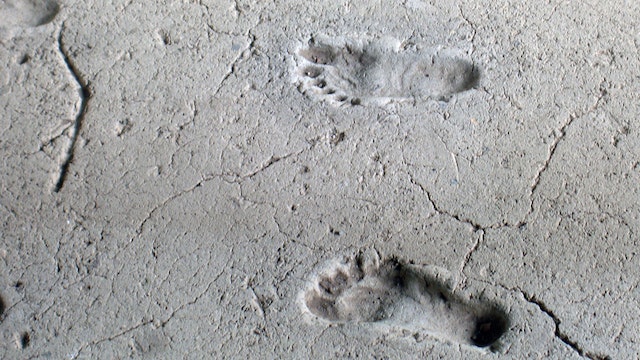 Discovered by miners in 1874, these fossilized tracks record the passage of perhaps 10 people – men, women and children – as well as birds, raccoons, deer and possum across the muddy shores of Lago de Managua some 6000 to 8000 years ago. Despite early speculation that they were running from a volcanic eruption, forensics specialists have determined that these folks were in no hurry – and, interestingly, were fairly tall at between 145cm and 160cm. Come here by taxi (US$2 to US$4).

The excavation was undertaken by the Carnegie Foundation in 1941 and 1942, and unearthed 14 layers, or 4m, of earth. They found some later Chorotega ceramics (about 2m down) and other intriguing artifacts, though there’s no money to take it further. The nifty on-site museum, with human skulls, a fossilized bison track and lots of ceramics, was closed for renovation at research time, but there's a detailed bilingual exhibition on the excavations and different theories surrounding the footprints. Don’t skip this one; it’s an international treasure.