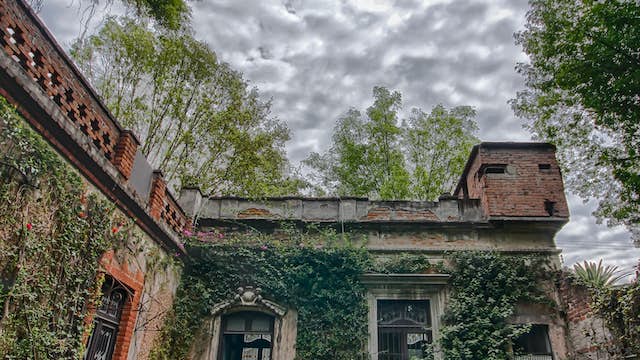 The Trotsky home, now a museum, remains much as it was on the day when one of Stalin's agents, a Catalan named Ramón Mercader, caught up with the revolutionary and smashed an ice axe into his skull. Memorabilia and biographical notes are displayed in buildings off the patio, where a tomb engraved with a hammer and sickle contains Trotsky's ashes.

Having come second to Stalin in the power struggle in the Soviet Union, Trotsky was expelled in 1929 and condemned to death in absentia. In 1937 he found refuge in Mexico. At first Trotsky and his wife Natalia lived in Frida Kahlo’s Blue House, but after falling out with Kahlo and Rivera they moved a few streets northeast.

Bullet holes remain in the bedroom, the markings of a failed assassination attempt.

The entrance is at the rear of the old residence, facing Av Río Churubusco. Ask about free guided tours in English at the entrance.