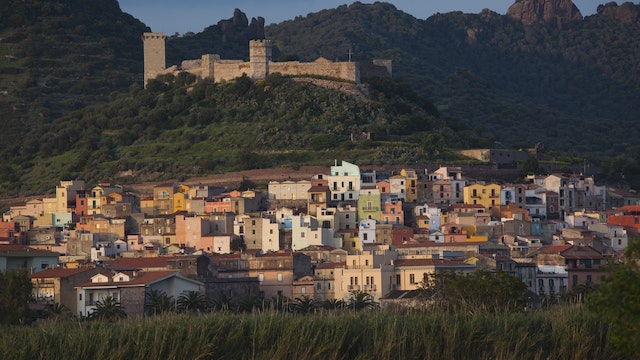 Commanding huge views, this hilltop castle was built in the 12th and 13th centuries by the Tuscan Malaspina family. Little remains of the original structure except for its skeleton – imposing walls and a series of stone towers. Inside, a humble 14th-century chapel, the special Chiesa di Nostra Signora di Regnos Altos, is adorned with an extraordinary 14th-century fresco cycle depicting saints ranging from St George slaying the dragon to St Lawrence in the middle of his martyrdom on the grill.

Note that the castle's opening hours are substantially reduced from November to March, so if you want to visit in that period, it’s best to phone ahead.