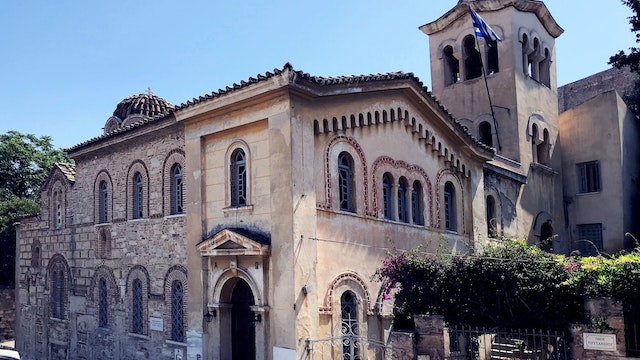 This lovely 11th-century church was part of the palace of the Rangavas family, who counted among them Michael I, emperor of Byzantium. The church bell was the first installed in Athens after liberation from the Turks (who had banned them), and was the first to ring in 1833 to announce the freedom of Athens. Its facade is decorated with faux-Kufic Arabic brick decoration, in vogue at the time among Byzantine artisans.