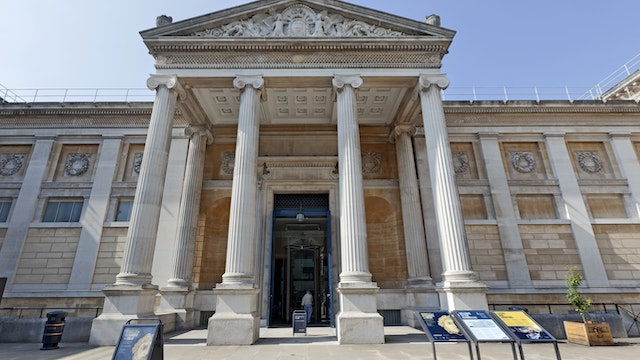 Britain’s oldest public museum, Oxford’s wonderful Ashmolean Museum is surpassed only by the British Museum in London. It was established in 1683, when Elias Ashmole presented Oxford University with a collection of ‘rarities’ amassed by the well-travelled John Tradescant, gardener to Charles I. A new exhibition celebrates Ashmole’s 400th birthday by displaying original treasures including the hat worn by the judge who presided over the trial of Charles I, and a mantle belonging to ‘Chief Powhatan’, the father of Pocahontas.

You could easily spend a day exploring this magnificent neoclassical building. Each bright, spacious gallery across its four floors seems to hold some new marvel, be that a dazzling fresco from the palace of Knossos; artwork from Renaissance Italy to Japan, taking in Goya, van Gogh and JMW Turner; or, famously, the Anglo-Saxon Alfred Jewel, a glorious, golden 9th-century gem, thought to have been a sort of bookmark, that was crafted for Alfred the Great. There’s a strong connection throughout with Oxford and its heritage, and upstairs there's a beautiful rooftop restaurant.