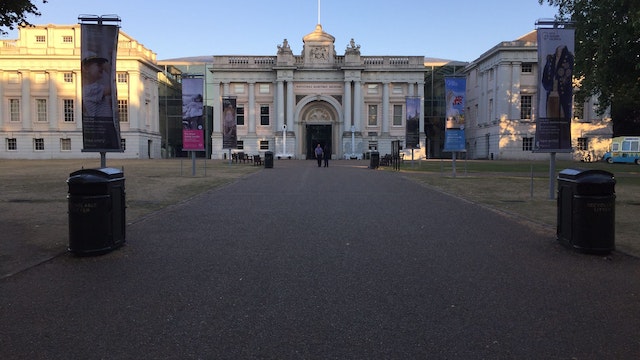 Narrating the long, briny and eventful history of seafaring Britain, this excellent museum has three floors of engrossing exhibits. Highlights include JMW Turner's huge oil painting Battle of Trafalgar (1824), the 19m-long gilded state barge built in 1732 for the prince of Wales, and the colourful figureheads installed on the ground floor. Families will love the children's galleries, as well as the Great Map splayed out near the upper-floor cafe.

On the 1st floor, Atlantic Worlds and Traders look back on Britain's role in the slave trade and commerce with the East in the 19th century. One floor up, Nelson, Navy, Nation focuses on the history of the Royal Navy during the conflict-ridden 17th century and even includes the coat in which Nelson was fatally wounded during the Battle of Trafalgar, with a musket-ball hole in the left shoulder. The Exploration Wing, opened in 2018, contains four galleries: Pacific Encounters, Polar Worlds, Tudor and Stuart Seafarers, and Sea Things, devoted to indigenous maritime civilisations, European exploration and human endeavour.