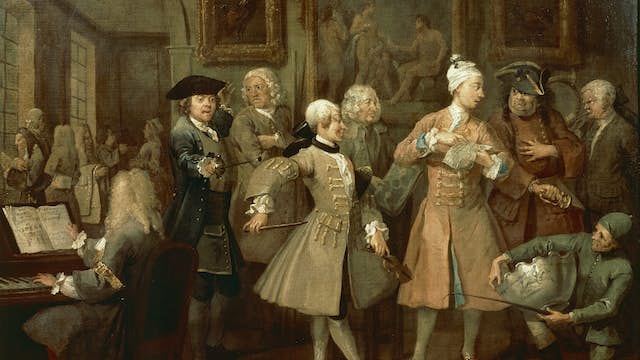 This museum is one of the most atmospheric and fascinating in London. The Georgian building was the beautiful, bewitching home of architect Sir John Soane (1753–1837), which he bequeathed to the nation through an Act of Parliament on condition that it remain untouched after his death and free to visit. It's brimming with Soane's vast collection of art and archaeological purchases, as well as intriguing personal effects and curiosities. The house-museum represents his exquisite and eccentric tastes, persuasions and proclivities.

A famous neoclassical architect and professor of architecture at the Royal Academy, Soane was a country bricklayer’s son, most famous for designing the old Bank of England (most of which was demolished by another architect in 1925) and the Dulwich Picture Gallery. His work drew on classical ideas picked up while on an 18th-century grand tour of Italy. In 1792, he purchased No 12 Lincoln's Inn Fields and then 15 years later bought No 13 next door, where he repurposed the stables into a museum space.

A visit to the house starts in the basement, where a canopy dome filters light down to the crypt, illuminating a treasure of the collection, the translucent limestone sarcophagus of Egyptian Pharaoh Seti I. The rest of the catacombs, which used to be storage for coal and wine, are also themed around death – the dingy corridors packed with urns meant to invoke the burial chambers of ancient Rome. Above is a colonnade filled with statuary, as well as the Picture Room, where Soane’s choicest artwork is displayed. The paintings are cleverly stowed behind each other on folding wooden panes, which are opened by a caretaker every half-hour, and include pieces by Canaletto and the original A Rake’s Progress, a set of satirical works by William Hogarth detailing the rise and fall of a man who inherits his father's fortunes and then squanders it. Brilliant works of art continue in the 1st-floor Drawing Rooms.

History buffs would be advised to book a tour to fully appreciate the collection, or exhaust the wonderfully helpful curators for background.

Also look out for info on the 'Soane Lates' evening candlelit tours on the website. They are very popular, so arrive early to avoid the long queue.

As Instagrammable as this place is, photography is not allowed.