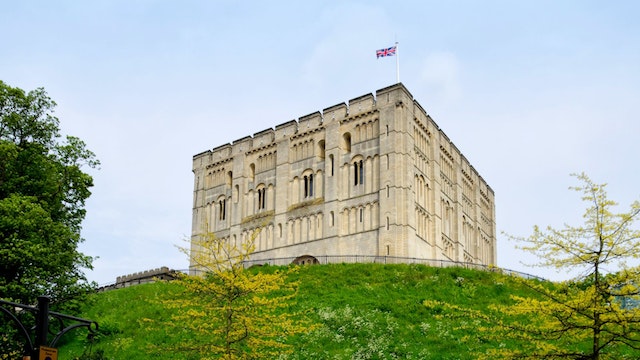 Crowning a hilltop overlooking central Norwich, this massive 12th-century castle is one of England’s best-preserved examples of Anglo-Norman military architecture. Its superb interactive museum crams in lively exhibits on Boudica, the Iceni, the Anglo-Saxons and the Vikings. Perhaps the best bit though is the atmospheric keep itself with its graphic displays on the grisly punishments meted out in its days as a medieval prison. Guided tours (adult/child £3.70/3) around the battlements and creepy dungeons run at least twice daily.