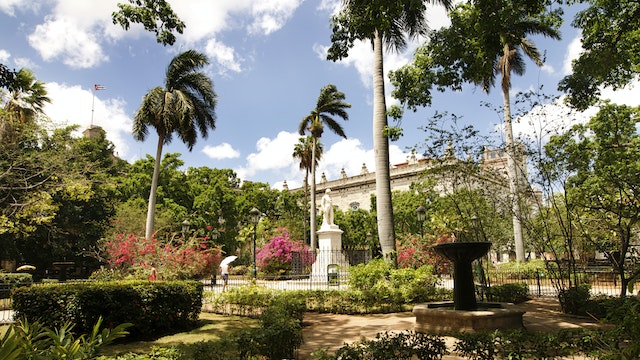 Havana's oldest square was laid out in the early 1520s, soon after the city's foundation, and was originally known as Plaza de Iglesia after a church – the Parroquial Mayor – that once stood on the site of the present-day Palacio de los Capitanes Generales. The name Plaza de Armas (Square of Arms) wasn't adopted until the late 16th century, when the colonial governor, then housed in the Castillo de la Real Fuerza, used the site to conduct military exercises.

Today's plaza, along with most of the buildings around it, dates from the late 1700s.

In the center of the square, which is lined with royal palms, is a marble statue of Carlos Manuel de Céspedes, the man who set Cuba on the road to independence in 1868. The statue replaced one of unpopular Spanish king Ferdinand VII in 1955.