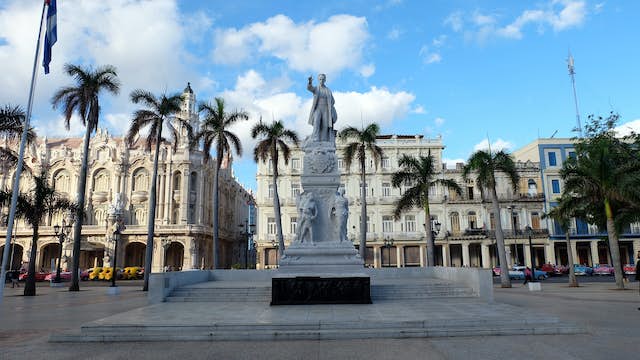 Diminutive Parque Central is a verdant haven from the belching buses and roaring taxis that ply the Paseo de Martí. Long a microcosm of daily Havana life, the park was expanded to its present size in the late 19th century after the city walls were knocked down. The 1905 marble statue of José Martí at its center was the first of thousands to be erected in Cuba. It's surrounded by 28 palm trees.

Hard to miss over to one side is the group of baseball fans who linger 24/7 at the famous Esquina Caliente (literally, 'hot corner'), discussing form, tactics and the Havana team's prospects in the playoffs.