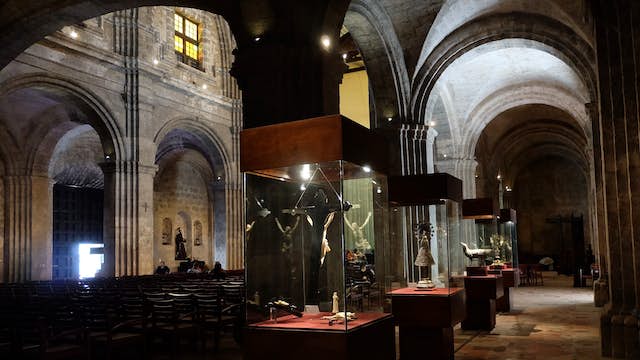 Originally constructed in 1608 and rebuilt in baroque style from 1719 to 1738, this church-convent ceased to have a religious function in the 1840s after being 'desecrated' by the Protestant British during the Seven Years' War. In the late 1980s crypts and religious objects were excavated; these were later incorporated into the Museo de Arte Religioso, which displays religious paintings, silverware, woodcarvings and ceramics. Visitors can examine the convent's old cloisters and climb the rickety tower for an extra CUC$1.

The former church is more famous today as Havana's premier classical-music venue. Weekly concerts (6pm Saturday) are held in the nave, which benefits from excellent acoustics.