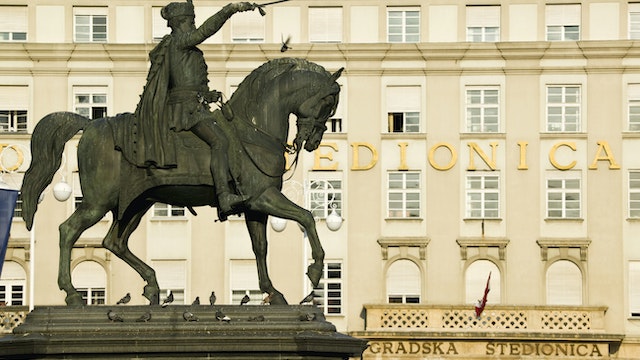 Zagreb’s main orientation point and its geographic heart is Trg Bana Jelačića – it's where most people arrange to meet up. If you enjoy people-watching, sit in one of the cafes and watch the tramloads of people getting out, greeting each other and dispersing among the newspaper- and flower-sellers.

The square’s name comes from Ban Jelačić, the 19th-century ban (viceroy or governor) who led Croatian troops into an unsuccessful battle with Hungary in the hope of winning more autonomy for his people. The equestrian statue of Jelačić stood in the square from 1866 until 1947, when Tito ordered its removal because it was too closely linked with Croatian nationalism. Franjo Tuđman’s government dug it up out of storage in 1990 and returned it to the square.