Cathedral of the Assumption of the Blessed Virgin Mary 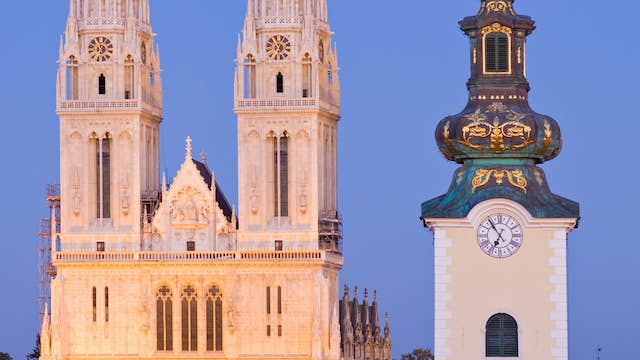 This cathedral's twin spires – seemingly permanently under repair – soar over the city. Formerly known as St Stephen’s, the cathedral has an original Gothic structure that's been transformed many times over, but the sacristy still contains a cycle of frescos dating from the 13th century. An earthquake in 1880 badly damaged the building, and reconstruction in a neo-Gothic style began around the turn of the 20th century.

Inside, don’t miss the baroque marble altars, statues and pulpit, or the tomb of Cardinal Alojzije Stepinac by Ivan Meštrović.