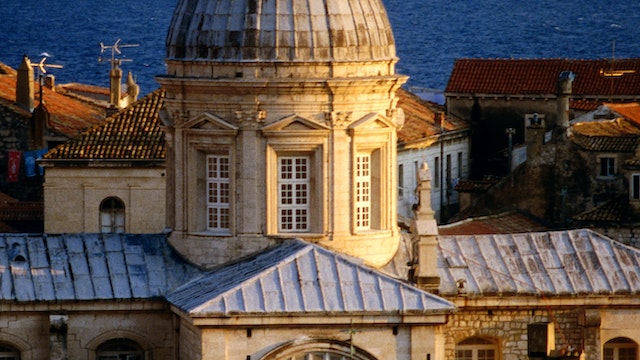 Built on the site of a 7th-century basilica, Dubrovnik's original cathedral was enlarged in the 12th century, supposedly funded by a gift from England’s King Richard I, the Lionheart, who was saved from a shipwreck on the nearby island of Lokrum. Soon after the first cathedral was destroyed in the 1667 earthquake, work began on this, its baroque replacement, which was finished in 1713.

The cathedral is notable for its fine altars, especially the altar of St John of Nepomuk, made of violet marble. The most striking of its religious paintings is the polyptych of the Assumption of the Virgin, hanging behind the main altar, by 16th-century Venetian painter Titian.

To the left of the main altar is the cathedral's treasury. Dripping in gold and silver, it contains relics of St Blaise as well as over 150 other reliquaries largely made in the workshops of Dubrovnik’s goldsmiths between the 11th and 17th centuries.