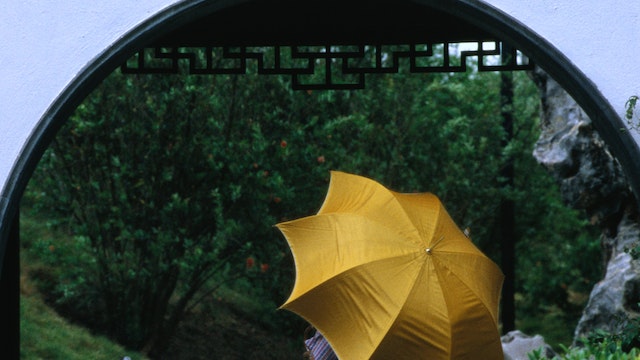 Try to imagine that this 1.2-hectare ornamental park, built by the British in the early 1990s, was just a few years earlier one of the most infamous residential estates the world had ever seen. Completely unplanned, it was home to a claustrophobic press of 40,000 Chinese people living in teetering shanty towers 15 storeys high, connected by a network of narrow passageways and staircases that never saw daylight, hence its Cantonese nickname, 'City of Darkness'.

Kowloon Walled City was also infested with gangs, brothels and opium dens, and neither government wanted anything to do with it. The British eventually relocated all the residents, tore it down and put this park in its place, which harkens back to the original Chinese military fort that was built here in 1847. The fort remained a Chinese-run enclave throughout British rule, which partly explains its unregulated rise into Kowloon Walled City.

Surprisingly, traces of the original fort, including cannon and the partly rebuilt almshouse, remain (it now houses a small history exhibit on the Walled City). You can also see exhumed sections of the original south gate and sign. A scale model of the Walled City by the park's entrance gives an indication of its staggering density.