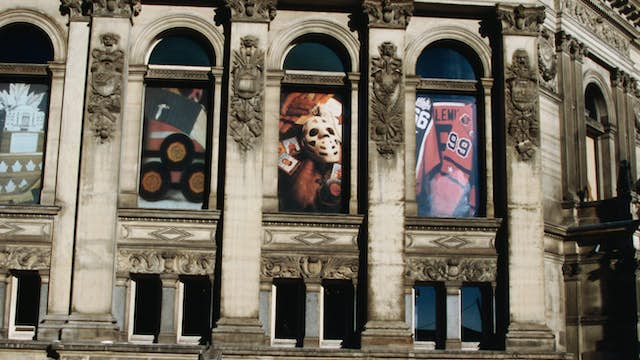 The mecca of Canada's national sport, the Hockey Hall of Fame is a Canadian institution. Even those unfamiliar with the rough, super-fast sport are likely to be impressed by this, the world's largest collection of hockey memorabilia. Check out the Texas Chainsaw Massacre–esque goalkeeping masks or go head to head with the great Wayne Gretzky, virtual-reality style.

This spectacular labyrinthine museum is located inside the rococo gray-stone Bank of Montreal building (c 1885) in the Financial District. Considered one of the most spectacular bank buildings ever constructed in Toronto, it was designed by architects Frank Darling and S. G. Curry. The extravagant and ornate Beaux Arts style was used to communicate a prosperous and successful image after a period of economic depression.

Though the Hockey Hall of Fame was first created in 1945, it only took up residence in its current grand home in 1993 after the building had ceased trading as a bank for a few years. The sense of grandeur created by the imposing style gives visitors an idea of how seriously Canadians take their beloved hockey.

Things to see and do

With over 65,000 sq ft of space covered in hockey artefacts, there's something here for every fan. Inside, multimedia exhibits showcase the greats – icons and players of the game. Visitors can walk through a recreated Montréal Canadiens' locker room, watch documentaries and movies, and even shoot pucks at video-projected NHL goalies. And, of course, be sure to take a pic with the beloved Stanley Cup, located upstairs.

The official store, Spirit of Hockey, is located at street level. It has a huge collection of fully licensed NHL and Hockey Canada apparel, merchandise and memorabilia for every budget. A highlight is the huge sculpture of Ken Danby's iconic painting, At the Crease, which is a perfect backdrop for a souvenir photo.

The entrance is inside Brookfield Place, a massive office and shopping complex with a soaring glass thoroughfare called the Crystal Cathedral; look for the museum entrance in the basement level, just past the food court. The closest train stations are Union Station and the King subway stop.