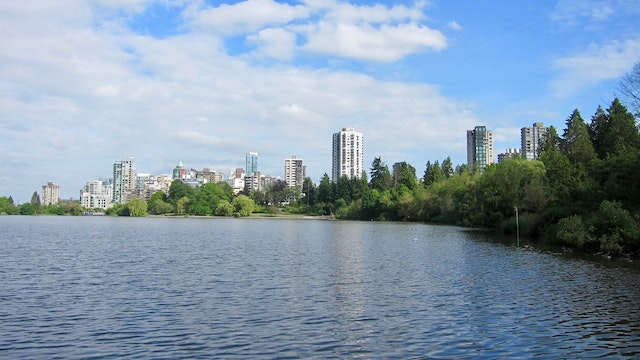 This rustic area near Stanley Park's entrance was originally part of Coal Harbour. But after a causeway was built in 1916, the new body of water was renamed, transforming itself into a freshwater lake a few years later. Today it's a nature sanctuary – keep your eyes peeled for beady-eyed herons – and its perimeter pathway is a favored stroll for nature-huggers.

The excellent Stanley Park Nature House provides exhibits and illumination on the park's wildlife, history and ecology. Ask about its fascinating park walks, covering everything from bird-watching strolls to artsy ambles around the park.